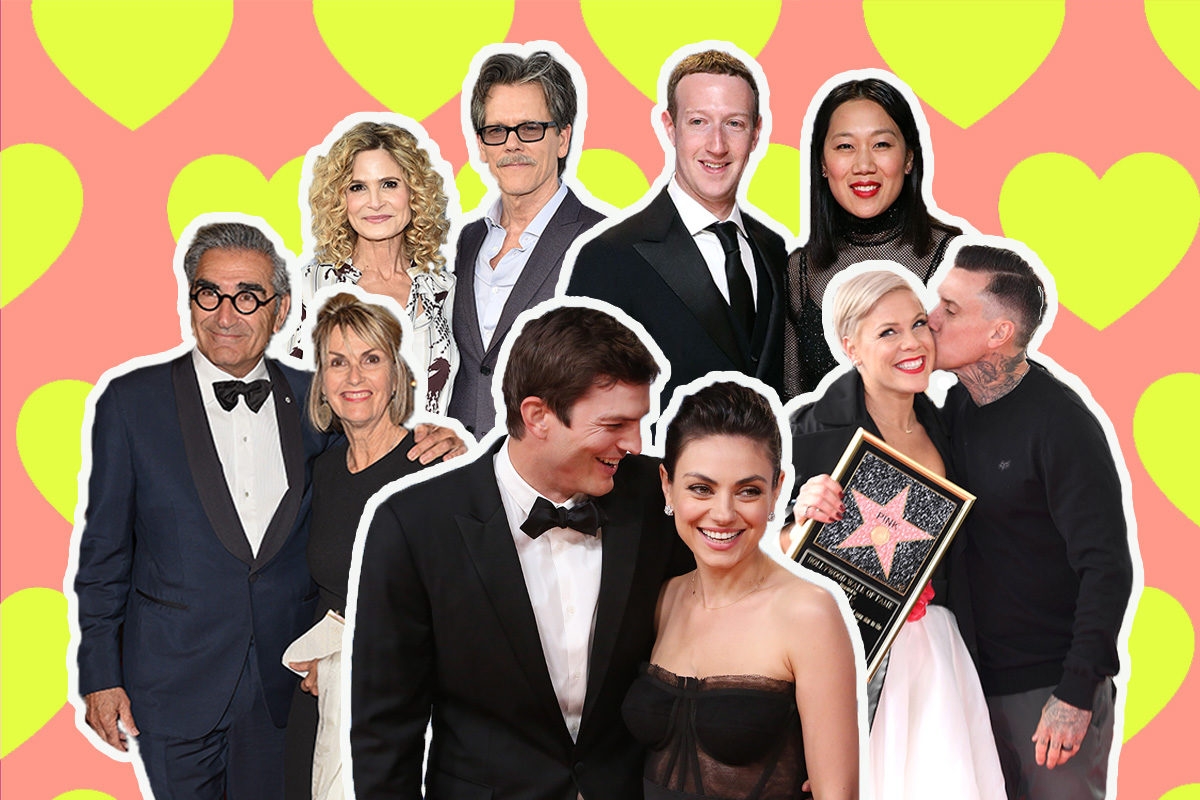 Earlier in July, Israeli Education Minister Rafi Peretz declared that the rate of U.S. Jewish interfaith marriages is basically the same as a “second Holocaust.”

Putting down anyone who doesn’t identify as an Orthodox Jew, Peretz explained that because of intermarriages over the last 70 years, the Jewish people “lost 6 million people.”

The shockingly abhorrent statement made waves in the Jewish community, and many pushed back on the distasteful rhetoric. “It’s inconceivable to use the term ‘Holocaust’ to describe Jews choosing to marry non-Jews. It trivializes the Shoa,” tweeted Jonathan Greenblatt, CEO of the Anti-Defamation League. “It alienates so many members of our community. This kind of baseless comparison does little other than inflame and offend.”

It’s true that Judaism has always stressed the importance of marrying within the community. Literally the first commandment of the Torah is “be fertile and increase, pru urvu, and fill the world.” Does this mean that Jews can’t follow their hearts and fill the world with interfaith children? Halachically speaking, that’s debatable — but here at Kveller, we don’t judge. Interfaith marriages are a reality of modern life, and time has shown that such unions do not necessarily “soil” the essence of a Jewish household.

Don’t believe us? We have the receipts to prove it! In celebration of Jewish humans of all stripes, we rounded up 12 celebrity interfaith couples — one partner is Jewish, the other is not — who are raising their children with elements of Jewish tradition.

When it comes to raising children in an interfaith household, Jewish actress Mila Kunis and her husband, Ashton Kutcher — who was raised Catholic but now dabbles in Kabbalah — have found a happy medium: Shabbat.

During a three-hour interview with actor/podcast host Dax Shepard, Kunis revealed how she celebrates Shabbat with her children Wyatt, 5, and Dimitri, 3: “You light two candles… one’s for the mom, one’s for the dad,” she explains. “You light the light, you combine the light, you say a nice little prayer, you say a prayer for your children, you say a prayer…for the bread, we do a couple blessings, it’s literally minutes long, and then we just apologize for whatever we did that week that upset one another, then you kind of just move [on].”

Jewish mom Jenifer Michelle “Ginnifer” Goodwin has two children with her non-Jewish husband, Josh Dallas. The Once Upon a Time actress — who was both baptized and bat mitzvahed — has said that she “was a Jew by birth, and now I’m a Jew by choice.” In an interview with Jimmy Kimmel, the 41-year-old said she would raise her kids, Oliver, 4, and Hugo, 2, in the Jewish faith.

Popular television host Tamron Hall may not be Jewish, but her husband, music executive Steven Greener, sure is. In April, the happy couple welcomed their first son, Moses. As if his name isn’t Jewish enough, the newborn was also circumcised.

The Deadline: Crime host said she and her husband have “tried to combine our lives,” which explains why Moses had a bris and a baptism: “My mom nearly passed out. We had both grandparents on each side there, and he’s going to Texas to have a Christening or a Confirmation at my mom’s southern Baptist church,” she says of raising her son with traditions from both parents’ heritages.

We cover Jewish mom Pink (real name: Alecia Beth Moore) a lot here at Kveller, and this article is no exception! The “90 Days” singer shares two children with her non-Jewish motocross racer husband, Carey Hart: Willow, 8, and Jameson, 3. Always outspoken about her Jewish identity, Pink has made it clear to the public that she’s proud to raise her children with Judaism. She brings her children to Holocaust memorials and always stresses the importance of Jewish history and tradition.

Jewish dad Liev Schreiber has since separated from his wife Naomi Watts, so their children Samuel, 10, and Sasha, 12, aren’t technically being raised in an interfaith household. Regardless, while Watts is not Jewish, Schreiber is. He has spoken publicly about his connection to Judaism: “I know it’s an essential part of who I am and a lot of what drives me as an actor and as an artist is to know my own heritage and to know my family,” he said in an interview with Global News.

It’s important to the Spotlight star that his children know about their Jewish roots. “I tell my kids who they are, I tell them who their parents are, who their grandparents and great-grandparents are,” he said. “You try to let them know what it means to be a family.”

6. Drew Barrymore and Will Kopelman

Before splitting with her Jewish husband Will Kopelman in 2016, Drew Barrymore was very vocal about raising her children with his faith. The Santa Clarita Diet star shares two children with her ex — who she described as “a nice Jewish man from a nice Jewish family” — Olive, 7, and Frankie, 5.

On an episode of The View back in 2013, Barrymore talked about her traditional Jewish ceremony and said: “I’m a shiska. I do the seders and we do Passover. I haven’t converted yet [but] Olive will be raised traditionally.” She went on to add that she loves Judaism, calling it “enlightening” and “beautiful.”

“It’s a beautiful faith and I’m so honored to around it,” she said. “It’s so family-oriented.”

We love Jewish mom Kyra Sedgwick and her husband, Kevin Bacon. Sedgwick, 53, has a complicated relationship with her Jewish identity, as she describes her mom as an “anti-Semitic Jew.” But the actress loves telling people she’s Jewish, especially because, with her blonde hair, she doesn’t “look” the part. In author Abigail Pogebrin’s Stars of David: Prominent Jews Talk About Being Jewish, Sedgwick said she struggled to pass onto her children what it means to be a Jew.

Bacon and Sedgwick raised their kids Travis, 30, and Sosie, 27, with a connection to Judaism; for starters, they’d bring them to Passover seders. “I think that they get some meaning from that. But I would feel hypocritical to suddenly start [practicing Judaism] — it’s perhaps shameful in some way — but I would feel that suddenly to light the Hanukkah lights or do the Jewish rituals would be irresponsible in some way. I wish [however] that I had a faith and I wish that I really believed there was something other than ourselves that we could count on and listen to for guidance.”

No, the former first daughter isn’t Jewish, but her husband, Marc Mezvinsky, is. The couple married in an interfaith ceremony, which has reflected their style of parenting for their three children, Charlotte, Aiden, and Jasper: honoring both Jewish and Methodist traditions.

The Jewish CEO of Facebook and his wife, Priscilla Chan, are raising their two children, Maxima, 3, and August, 1, Jewish. In a Facebook post back in 2017, Zuckerberg shared an adorable photo of Max drinking out of his great-grandfather’s kiddush cup, along with pictures of challah and Shabbat candles.

Broadway star and Jewish mama Idina Menzel is no longer married to Taye Diggs, but the former couple share one child together, Walker Nathaniel Diggs, 9. In an interview with The JC back in 2008, Menzel said that she’d like to raise her future children Jewish: “I am a Jewish woman and I feel strong connections to my culture, and, so yes, I would like to bring them up with knowledge of the stories and awareness of the history,” she said. “I’m just not sure about the rest. I’m a spiritual person, not a religious person.”

Everyone’s favorite bushy eyebrowed Jewish dad, Eugene Levy, raised his children with wife Deborah Divine in an interfaith household. The couple has two famous kids, Dan, 35, and Sarah, 32, who both have roles in Schitt’s Creek (which is written by Eugene and Dan). Although Dan isn’t very outspoken about his Jewish identity, he identifies as a “halfie.” In the Schitt’s Creek holiday special, Eugene and Dan used their interfaith identity as a plot point which gave us the line, “I’m a delightful half-half situation.”

This is an interesting one. Having never officially finished the conversion process — she didn’t immerse herself in the mikveh — Elizabeth Banks isn’t technically Jewish, but her husband, film producer Max Handelman, is. Though she isn’t “officially stamped” as a Jew, Banks certainly considers herself a Jewish mother to her sons, Magnus and Felix: “My kids go to Jewish preschool, we only celebrate Jewish holidays, I love seder… Frankly because I’m already doing everything, I feel like I’m as Jewish as I’m ever going to be.”