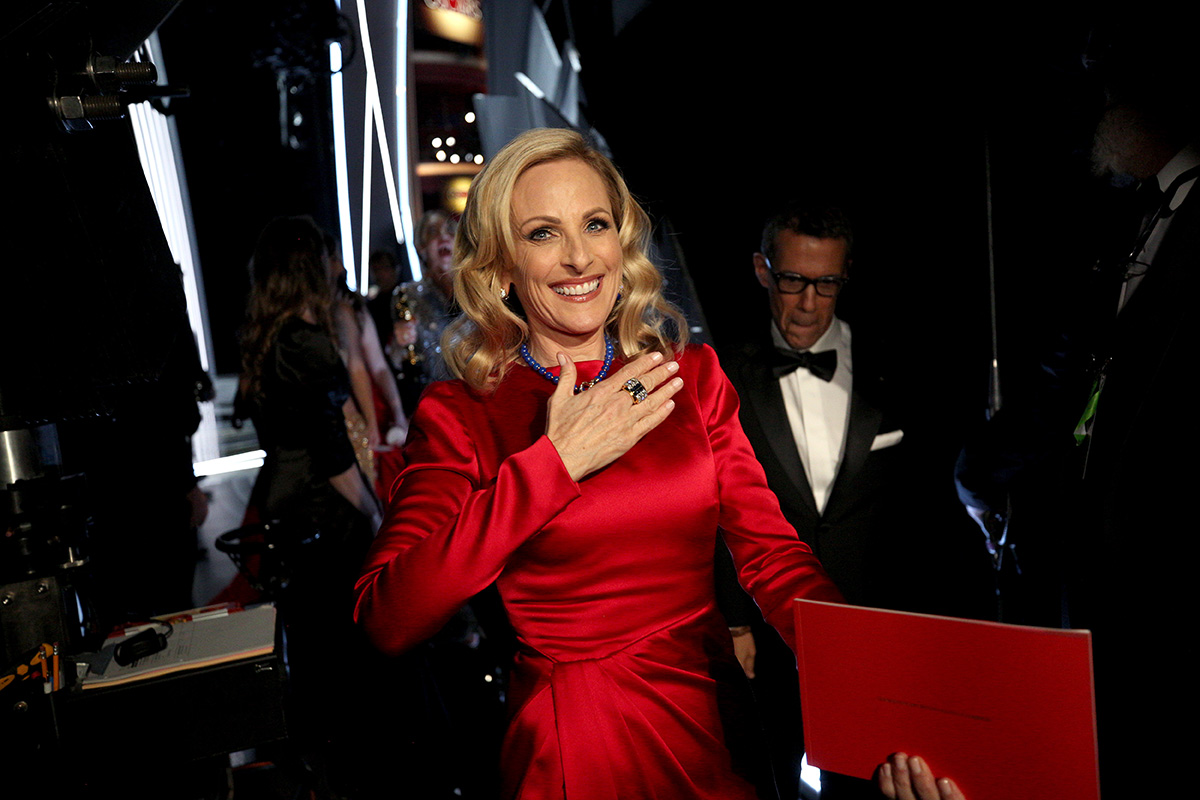 Jewish mom Marlee Matlin just won her second Oscar and made Academy Awards history again, and it is so well deserved. Back in 1987, Matlin, who was bat mitzvah-ed at a deaf-founded synagogue in Illinois, became the first deaf actress to win the golden statuette when she won the award for best actress for her outstanding performance in the film “Children of a Lesser God.” Last night, “CODA” (which stands for child of deaf adults), a film she starred in and produced, became the first film featuring a majority deaf cast to win an Academy Award for best picture. This happened less than a month after the movie made history by winning a SAG award for best picture.

As the internet gathered around to celebrate the momentous occasion, many on Twitter reminded us that it was Matlin who made sure this feat actually happened — by insisting that the cast be predominantly deaf and threatening to quit the film when some of its financiers resisted casting deaf actors for the rest of the roles. Too scared to lose the star, they relented. And the rest is history.

Today and all days I love Marlee Matlin pic.twitter.com/qqmNPBeNon

(Also, if you are looking for someone to thank for the gift that is Marlee Matlin on the silver screen, you can send your thank you letters to Henry Winkler, who encouraged the actress to chase her dreams as a teen and even hosted her in his home while she was filming “Children of a Lesser God” — the menschiness!)

Thanks to her efforts, Matlin is also no longer the only deaf actress to have won an Academy Award. Last night, her “CODA” co-star Troy Kotsur joined the ranks when he won the award for Best Supporting Actor.

On the red carpet last night, Matlin, a mom of four, was glowing in a red Monique Lhuillier gown — she signed “I love you” to the crowd — just like she did at the SAG awards. She looked so glamorous and adorable.

Marlee Matlin in Monique Lhuillier at the #Oscars. More red carpet later on our site. pic.twitter.com/ngF2oqp4PK

Last week was a momentous week for Matlin. She and the rest of the “CODA” cast met up with first lady Jill Biden and President Joe Biden at the White House.

There, the U.S. Marine Band played the song “You’re All I Need To Get By” featured in the movie as Matlin and the rest of the deaf cast put their hands on the grand piano to enjoy the performance. Matlin also gifted the first lady with a special ASL-themed necklace and taught the Bidens how to sign “I love you.” Matlin called it a moment “we will never forget,” and she also recounted that White House staff told the “CODA” actors that the movie made them cry. Aw!

Mazel tov, Marlee! We love you.

Marlee Matlin campaigned for deaf representation in Hollywood for DECADES