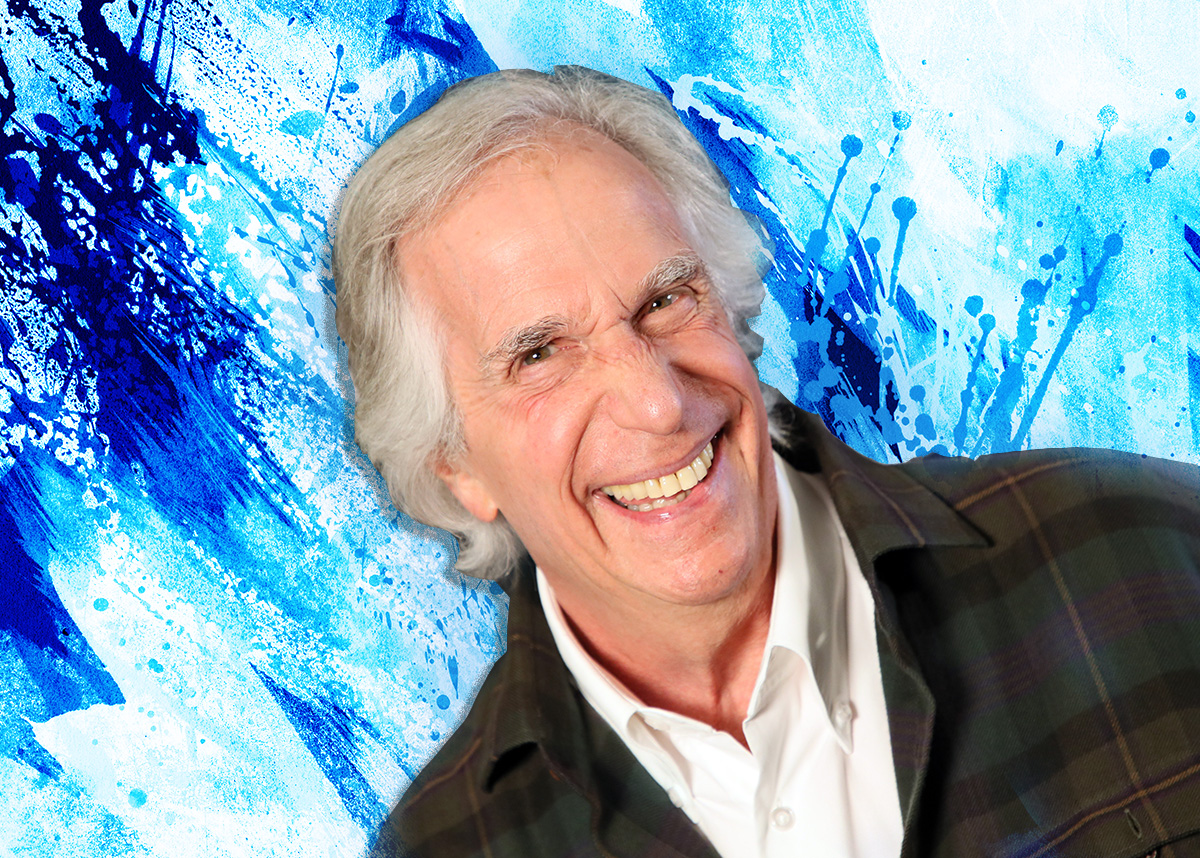 I love it when my worlds collide. As a longtime fan of both the menschiness of Henry Winkler and the innovative power of Israeli TV, I was beyond happy to discover I will finally be able to celebrate both, at the same time, because Henry Winkler is about to star in a new Israeli show called “Chanshi.”

The show, which is the brainchild of Aleeza Chanowitz, was announced this week as part of the Israeli broadcast network Hot’s 2022 slate. It tells the story of Chanshi, the child of Chabad Orthodox Jews in Brooklyn who, despite being engaged to Mendy, decides to make aliyah and move to Israel. She goes to explore her freedom and sexuality, or as one Israeli website suggests, “sleep with as many Israeli soldiers as possible.” Eep.

Winkler will play Tatty, Chanshi’s dad, and honestly, he was made to play an Orthodox Jewish dad. It’s truly about time.

Winkler is not the only famous American actor you’ll see on “Chanshi” — Caroline Aaaron, who you know as Shirley Maisel from “The Marvelous Mrs. Maisel” will star as babshi, Chanshi’s stepmom. What a delight!

American and international audiences will hopefully get to binge this show, too. According to Deadline, “talks are underway with U.S. and other international broadcasters, with filming underway and the show set to air on HOT later this year.”

“Welcome to the head of Chanshi,” the trailer starts, depicting a fantasy of the show’s heroine in which she is wearing a white dress and making out with IDF soldiers on a tank. We then get a glimpse into Chanshi’s Brooklyn life; while her friend is trying on wedding dresses, she and Chanshi extol the virtues of Mendy, of whom Chanshi says, “I’m not interested in anyone other than Mendy.”

Over dinner with her family, after Chanshi gets asked if she bought a dress yet, she announces, “Well actually, I am making aliyah.”

“You are going to lose him, there are terrible men out there,” her mother yells in the trailer, which yes, stereotypical Jewish mom… but also, not wrong!

We then get to see Chanshi’s “liberated” life in the Holy Land. We follow her dalliances with Israeli men (“Don’t tell my dad,” she says to one of them, trying her best seductive moves with tahini) and her misadventures with the Hebrew language.

Aside from Winkler, “Chanshi” boasts an exciting cast, including Tomer Machloof (“Tehran“), Oshri Cohen (“McMafia,” “Beaufort”), Roy Miller (“The Cakemaker,” “The Beauty Queen of Jerusalem“), Michal Birnbaum (who you may know as the kallah teacher is “Unorthodox“), Roni Dalumi (a singer and actress who starred in the original Israeli production of “Euphoria”) and Dor Gvirtsmam.

The show’s story echoes the life story of Chanowitz, who recently starred in the celebrated Israeli TV show “Dismissed” (“Hamefakedet,” in Hebrew). She too is the daughter of Brooklyn-based religious Jewish parents (her father is Hasidic, while her mother is Modern Orthodox) and she also made aliyah as an adult.

Chanowitz attended Sam Spiegel film school in Jerusalem. Her third-year film at the school, “Mushkie,” which she dedicated “to my parents in Brooklyn, who I hope never see this film,” also explores similar themes.

“She had the perfect shidduch, she had a promised future, but she wanted something different… something completely different,” the text in the “Chanshi” trailer explains.

Will “Chanshi” be controversial? Most likely. But will it win over audiences? Judging by the content of the trailer itself, “Chanshi” may just be one of the more winning Israeli TV shows of 2022. We’ll just have to wait and see.