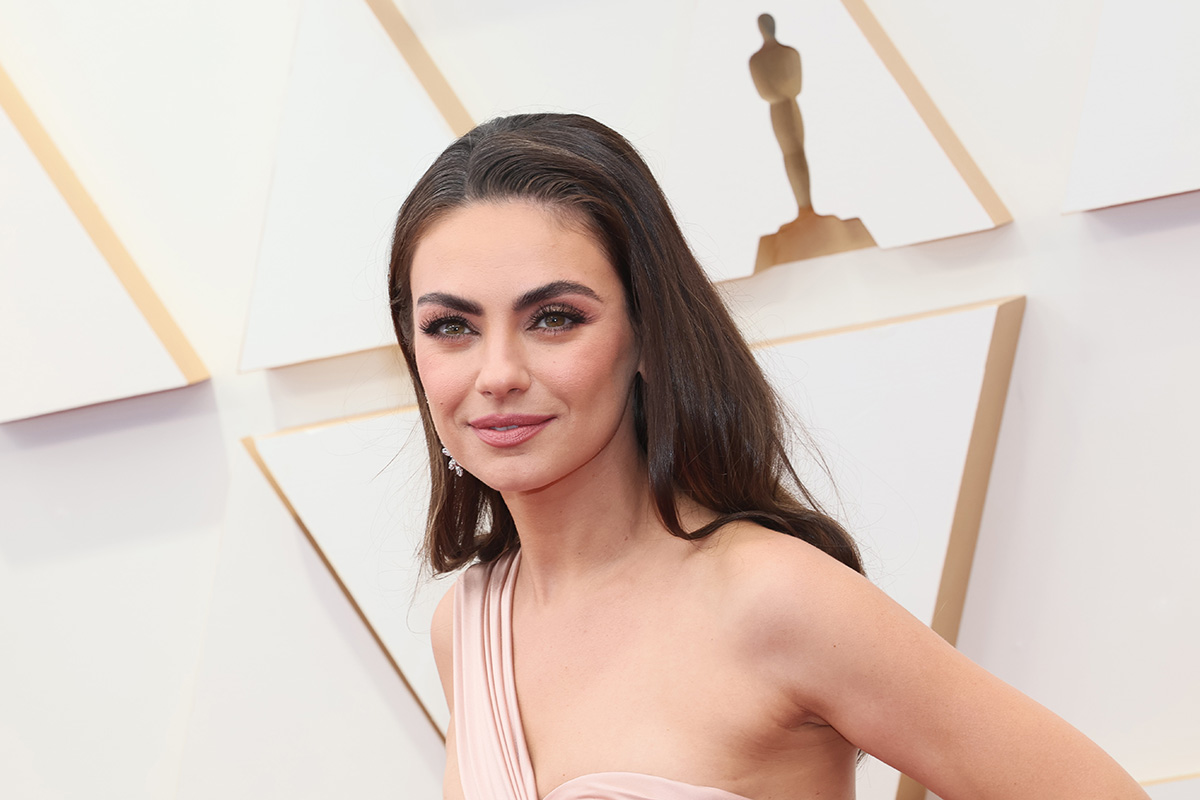 Last night at the Oscars, actress Mila Kunis used her brief appearance on stage to draw attention to Russia’s devastating attack on Ukraine.

While Kunis, who was born in Chernivtsi, Ukraine, didn’t mention her birth country by name, it was pretty clear what she was referring to when she came on stage to introduce Reba McEntire, who would be performing the song “Somehow You Do” from the film “Four Good Days,” which Kunis starred in.

“Recent global events have left many of us feeling gutted,” the mom of two, who came to this country as a Jewish refugee, told the crowd. “Yet when you witness the strength and dignity of those facing such devastation, it’s impossible to not be moved by their resilience. One cannot help but be in awe of those who find strength to keep fighting through unimaginable darkness.”

In a video fundraising for displaced Ukrainians shared earlier this month, Kunis used similar words, saying that “the people of Ukraine are strong and brave, but being strong and brave doesn’t mean you’re not worthy of support.”

After McEntire’s performance, the screen called for a moment of silence “to show our support for the people of Ukraine currently facing invasion, conflict and prejudice within their own borders.”

The #Oscars held a moment of silence acknowledging the war in Ukraine. Up until the moment, which featured slides with a message of support, the only other official acknowledgment of the conflict came from actor Mila Kunis, who was born in Ukraine.https://t.co/K2Olcoq43u pic.twitter.com/Ef2Tt3fyZD

“While film is an important avenue for us to express our humanity in times of conflict, the reality is millions of families in Ukraine need food, medical care, clean water and emergency services,” read the text on the screen. “Resources are scarce, and we — collectively and as a global community — can do more. We ask you to support Ukraine in any way you are able,” ending with the hashtag “#StandWithUkraine.”

In case you didn’t know, Kunis, who was born in the Ukraine, and her husband, Ashton Kutcher, have raised over $30 million to help internally displaced Ukrainian refugees. That awesome feat drew the attention of Jewish Ukrainian President Volodymyr Zelensky, who called the couple on Zoom to thank them last week.