My Older Israeli Relatives All Got the Covid-19 Vaccine. So Why Is It so Complicated Here? – Kveller
Skip to Content Skip to Footer

My Older Israeli Relatives All Got the Covid-19 Vaccine. So Why Is It so Complicated Here? 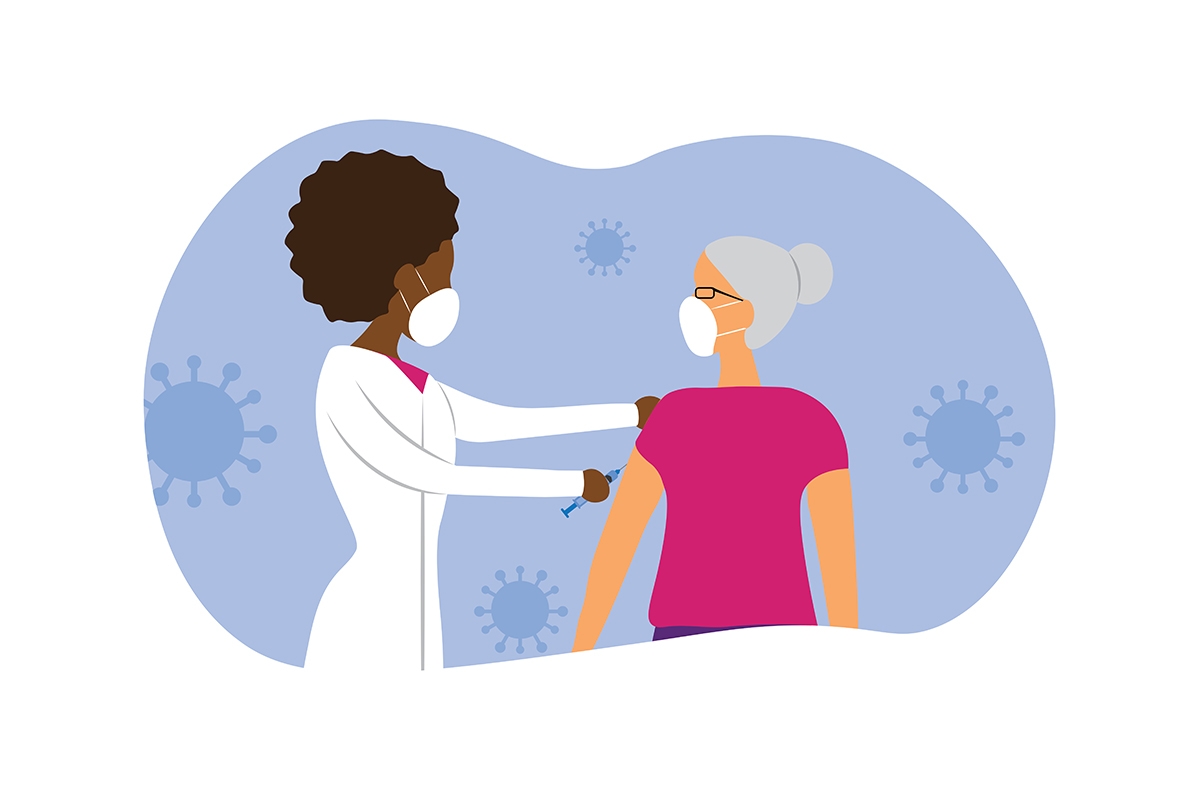 It was 8 a.m. on Friday morning, and I was driving around New York City like a chicken without a head, running into every pharmacy in Harlem and the Upper West and East Side — Walgreen’s, Rite Aid, mom and pop stores like Joseph’s Pharmacy — in the hopes of securing my mom the Covid-19 vaccine.

See, my only goal for the week was to get her vaccinated, as she’s over 75. Actually, my goal was to get all the seniors in my extended family vaccinated, including my Israeli father-in-law in Queens and my sister’s father-in-law in Washington Heights. My father got vaccinated the previous week in Brooklyn’s Borough Park, either because he is a dentist or because he’s over 75, I wasn’t quite sure because they didn’t check. That’s why I was also wearing a long skirt and tights, and had my mother do the same — in case we had to schlep out to our old neighborhood in hopes they’d take her without an appointment.

I say a little Shehecheyanu blessing every time I see my friends and relatives in Israel get vaccinated at a real warp speed. (My mother-in-law and her sisters, all of whom are in Israel, are all vaccinated. My 40-year-old sister-in-law is scheduled for next week.) As an Israeli citizen myself, I’m contemplating heading there for Passover with my Israeli husband — after the country has finished its goal of vaccinating citizens, of course, and as soon as I ascertain whether foreign nationals can get a shot without health insurance. (Rumor has it that you can.) I’ve had very little luck finding available vaccination appointments for my American relatives, but I’ve gotten several notifications on family What’sApp groups for last-minute shots in Israel (“if you’re in Ohr Yehuda right now, head to Macabi HMO, they have extra …”)

The thing is, my mother had an appointment for Friday. I’d made sure of it, spending an entire day navigating the system — toggling between New York State and New York City websites, hitting refresh every four minutes —  to secure an appointment. Then parents at my daughter’s Jewish day school told me to go to the easy scheduler at Mount Sinai. (I guess not only the Torah was given there!)

But then, their appointments at the hospital were unceremoniously cancelled. Cancelled.  “Because of sudden changes in the allocations of COVID-19 vaccine that we are receiving, we unfortunately have to temporarily pause scheduling of non-employees at this time and cancel patient appointments… If our supply increases, we hope to be able to reschedule and open up appointments again soon,” their website reported. Thus began my frantic search around the city before it runs out of vaccines, as per the mayor’s warning.

Around the country, everyone is facing setbacks when it comes to getting the vaccine. My friends in New Jersey, LA, and Florida are scrambling to figure out if and when they get shots for their parents or themselves. Faced with a lack of leadership and computer meltdowns (witness the software snag in California) many are relying on their own social networks to beat the system.

What’s more, the rollout to healthcare and frontline workers has been uneven at best. I’ve seen many friends get vaccination appointments — a telehealth therapist, an out-of-work social worker, a Zoom university professor — who probably need them less than the elderly.

It’s the ultimate Lifeboat Ethics, deciding who gets the vaccine and who does not. (Indeed, as we celebrated the High Holidays by Zoom, didn’t we all take note how poignant the Unetaneh Tokef prayer felt? “On Rosh Hashanah it is inscribed, and on Yom Kippur it is sealed — how many shall pass away and how many shall be born, who shall live and who shall die, who in good time, and who by an untimely death, who by water and who by fire…” ) People who cut the line are getting excoriated for on social media.

In the face of all this wide-scale incompetency, getting my mom a vaccine became personal. It’s not only because she’s older and lives alone, putting her at higher risk of anxiety and depression. It’s because as a Jewish woman raised Orthodox in Brooklyn, who then lived in Israel and worked as a journalist, I pride myself on being able to get things done.

In Israel, we journalists called this type of person a “fixer;” others used “combinator.”  In Yiddish, my mother said, this type of person is called a “macher,” although, colloquially, macher is often used to apply to someone of influence. Although some have painted this trait negatively — witness the doings of Michael Cohen, President Trump’s infamous fixer — this ability to work around the system, to be a hustler, was borne out of centuries of being excluded from it. (See: moneylenders in the Middle Ages, Jews in Hollywood.)

And so, I went to Facebook: “Help, my mother’s vaccine was canceled, what to do?” I posted, editing my original optimistic post about securing her an appointment at the beginning of the week (pu pu pu). Advice started pouring in. One friend, a medical worker who also served as a volunteer vaccinator, offered me an extra appointment Monday — but it would entail her cancelling an appointment in the hopes that I could simultaneously grab it up. (With thousands of savvy New Yorkers trying to do the same thing, it didn’t work in our favor.) Another asked if my mother had a rabbi because her mother’s rabbi had arranged 20 appointments for shul members. Many more wrote of pharmacies around town that had vaccines.

Which is why I was driving to each one of them, one by one, only to discover they’re plumb out, and signing up on their mailing lists for my mom. I couldn’t picture her enduring this life for another six months or more — which is what I fear until the new administration gets a coherent system into place. (“Only one-third of available doses have been injected thus far; state and local distribution is in disarray; the government has currently only secured enough doses to vaccinate less than half the U.S. population by the end of June; and much of the general public is being told to wait patiently until midsummer or later to receive their first shot,” according an article on NBC.

What really irks me is that in Israel, when they realized there were seven doses per Pfizer vial instead of the recommended five, they used those unauthorized extra two doses. Here in the U.S., however, they discarded them. I personally do not need the vaccine as a matter of life or death (unless, of course, you count me wanting to off someone in my pod on a daily basis).  So while I will consider flying to Israel, or jump at an opportunity for a last-minute, end-of-day injection that would otherwise be discarded, I will not lie or cheat to do so.

In the end, my mom got the vaccine. I wish I could say it was my meshuggeneh perseverance that did the trick, but it wasn’t me. As she stood on standby waiting for my call, my mother, all by herself, logged onto her own doctor’s website and found a slot for exactly the same time she had an appointment at Mount Sinai. My sister found a slot there for her father-in-law, too. With my Israeli father-in-law vaccinated earlier in the week, I went into the Sabbath with all of my goals accomplished.

Now I’m taking names of friends’ parents, in case all those other waitlists I signed up for call me. A fixer always needs something to fix. Here’s hoping I can pay it forward and give the appointment to someone else.