Kids Are Curious About Death — As Jewish Parents, It’s Our Job to Teach Them – Kveller
Skip to Content Skip to Footer

Kids Are Curious About Death — As Jewish Parents, It’s Our Job to Teach Them 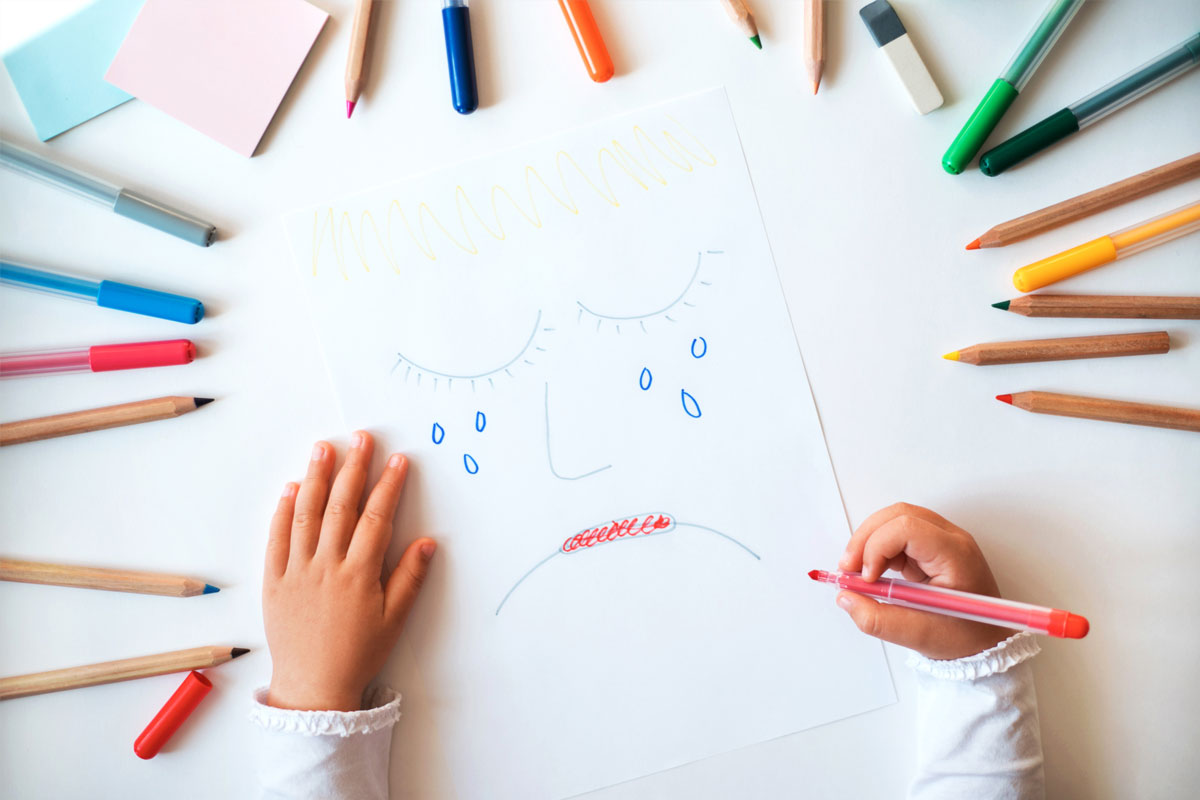 As an author of books for tweens, I don’t use four-letter words in my writing. But I’ve never shied away from tough topics that kids face. I’ve written about gender stereotypes, toxic masculinity, social anxiety and yes, death.

Death could be a four-letter word with how fraught and taboo a topic it can be. So many of us avoid it like a plague (too soon?). We don’t discuss it in mixed company until it’s absolutely necessary. And then, only in hushed whispers.

Grief can be so complicated. Of course, there’s deep sadness over losing a loved one and those five steps we often hear about: denial, anger, bargaining, depression and, finally, acceptance. But grief is rarely one thing at a time and it’s almost never linear and predictable.

Losing someone causes us to face our own mortality, the randomness and inherent unfairness of life. At the same time, we may feel relief that someone is no longer suffering. Then there’s guilt over that relief. And that’s just for adults. Imagine what thinking about death is like for children. Kids who may have fears and trouble even recognizing their own complicated feelings, let alone expressing them.

When I was about 9 or 10, my parents sent me over to a neighbor’s house with a dish of ptcha after a funeral. I was told to say, “I’m sorry for your loss.” I went off-script and instead said, “It’s too bad about your mother.”

When I returned and relayed this to my parents, they cringed and told me I’d gotten it wrong. I’d said the wrong thing. As an adult, I can look back on the moment with the benefit of perspective and realize the person receiving my awkward condolences likely didn’t think much of my gaffe. But as a kid, I felt ashamed and embarrassed. I’ve never forgotten that, these many years later, and wish I had been better prepared.*

What about kids’ curiosity around the physical side of dying? The world can be a cruel place, meaning kids learn fairly young that living things die. From goldfish to grandparents — if it has lived, one day it will cease to.

What happens now? What is a funeral? What does a dead body look like? What will happen to my body when I die?

Pretty scary stuff for tweens (and adults, if we’re being honest).

This is precisely why I wrote “Sorry For Your Loss.” The book, set in a Jewish funeral home much like the one my dad manages, came out of my own experience with grief.

When we lost my mom after a brief illness in 2013, Dad took my brothers and I “behind the scenes” at the funeral home into the tahara room – the private room where bodies are ritually prepared for burial by members of the chevra kadisha, which people normally don’t get to see. This was where we would have a chance to be with Mom one last time. In that moment I realized that, while it was the worst day, I felt oddly comforted knowing what would happen to my mother. I knew it was built right into the rituals of preparing a body for burial that she would be treated with great respect. I knew how she would be ritually washed and dressed. I knew she would be watched over. And in knowing all of that, it was a little easier to let her go into someone else’s care.

But not everyone has that access. Especially not kids. So often we whisper around kids when we talk of death. We don’t let them attend funerals, instead sweeping death under the rug when we try to protect them from it.

Truth time: We can’t protect our kids from death. What we can, and should, do is be honest with them about what happens after we die. Kids are curious and deserve to know the truth about death and burials and what comes between and after. They deserve to understand (in an age-appropriate way) what will happen to them someday.

We need to talk to kids about feelings and show them that grief is normal, messy and can be complicated. That it’s one of the things that makes us human. We can model what it means to comfort someone who is grieving and what it looks like. We can show them that asking for help is OK. That they don’t have to go through it alone. So many of our beautiful, meaningful Jewish traditions and rituals around death and mourning exist to honor the deceased and help the living left behind. Let’s embrace them, not hide from them.

And what better way to share with kids than in the safe and accessible space of a novel? Kids can learn while being entertained. If it gets too intense, the reader can put the book down. They can take time to process and turn to an adult and ask questions, or simply reflect about what they’ve read. Books are great thought provokers and conversation starters.

Handing kids books about tough topics before they really need them (i.e. the morning of Bubbe’s funeral) is a wonderfully proactive way to get ahead of those questions and feelings so that they can be better prepared when the time comes.

These are the things I had on my mind when writing “Sorry For Your Loss.” I wanted to portray a funeral home in a non-scary, almost clinical way through the eyes of a tween who has grown up there. To her, it’s just the family business, one she hopes to run someday. Until then, she works there part-time, stocking the bathroom, dusting caskets and handing out tissues to mourners.

Until she meets a boy who has just lost both of his parents in a horrific accident — one that he was injured in as well. She is desperate to help but it’s through her well-meaning, cringeworthy failures that we can see where she could have done better. That the boy’s grief is not hers to solve but that being there for him is what he really needs.

This is the kind of information kids need and are desperate for. They want to know. They deserve to know. It’s our job to prepare them for the world, including, and maybe especially, the hard stuff. It is my sincerest hope that the knowing is of comfort to them, the way it was to me.

*Yes, it was probably unfair of my parents to send me on my own to do their duty, but that’s a topic for discussion with my therapist. As is the fact that my mother made and distributed ptcha.