Larry King Mourns the Loss of Two of His Kids 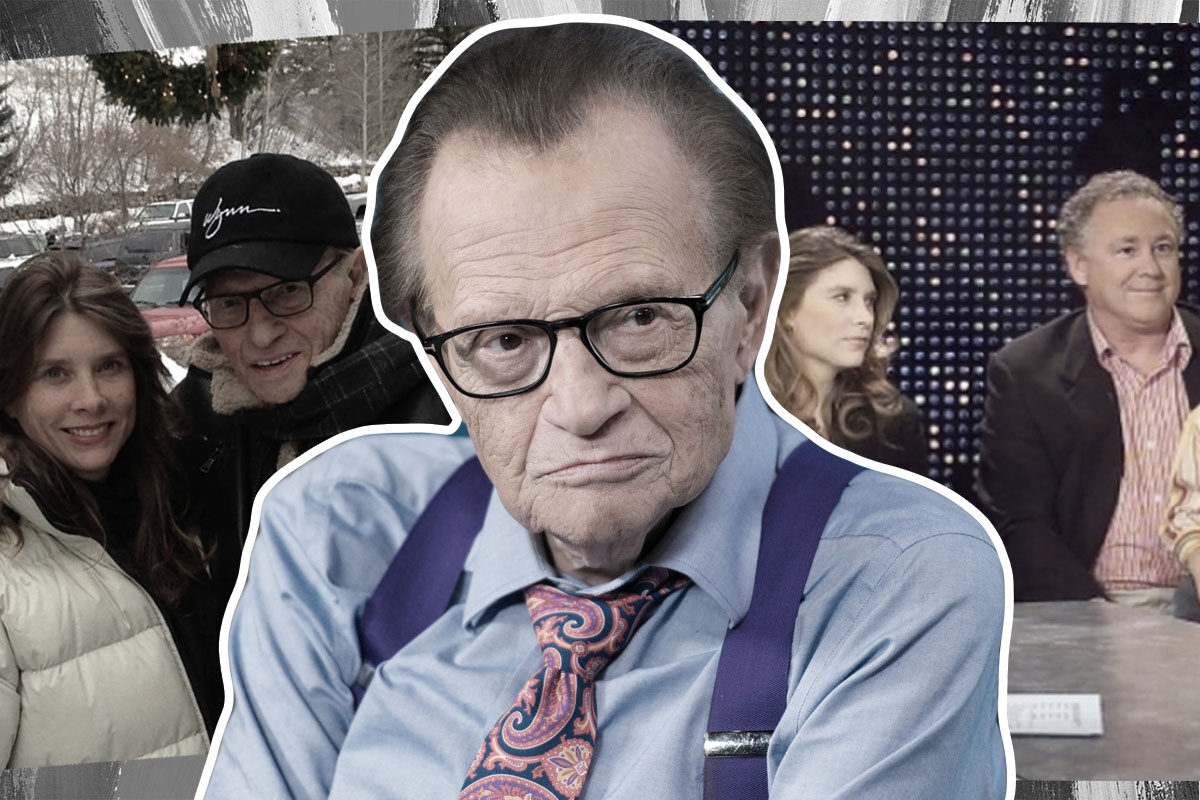 This is absolutely heartbreaking. Jewish talk show host Larry King has lost two of his children, Andy King, 65, and Chaia King, 51, in the last month.

“It is with sadness and a father’s broken heart that I confirm the recent loss of two of my children, Andy King, and Chaia King. Both of them were good and kind souls and they will be greatly missed,” the 87-year-old wrote in a heart-wrenching message about his loss on social media.

He also clarified his children’s causes of death: “Andy passed away unexpectedly of a heart attack on July 28th, and Chaia passed on August 20th, only a short time after having been diagnosed with lung cancer.”

Andy and Chaia were both King’s children from his two marriages to Alene Akins, who passed away in 2017.

So very saddened over the passing of Alene Akins, who died peacefully with our children Chaia and Andy by her side. She was a grand lady.

King has three other sons: Larry Jr. from his brief 1961 marriage to Annette Kaye, and Cannon and Chance from his seventh marriage to Shawn King, a singer and a practicing Mormon, to whom he was married until 2019.

Shawn remembered that whenever Chaia visited Larry, Shawn, and the boys, she had a funny tradition: “Chaia loved the taste of Pepto Bismol and when she came to town, she and our boys would clink their spoons and have a sip right before bedtime.”

Chaia, is, of course, a Jewish name; it’s a Hebrew name that means “alive.” King was born Lawrence Harvey Zeiger in 1933, the son of Orthodox Jewish parents from Eastern Europe. At home, he went by his Yiddish name, Leibel, which means “lion.” He once joked with actor Ben Schwartz that if he had started his career in the present day, he would not have had to change his name, so it’s deeply meaningful that he gave his daughter such a Jewish name.

On social media, some people posted about the palpable admiration Larry had for his daughter, how he beamed whenever he saw her and how he often mentioned her on his radio show.

@kingsthings Dear Larry, i just read about Chaia and Andy. My heart breaks for you. I didn't know Andy, but I remember when Chaia would visit the LKL office to see you…you would light up! She was so feisty and funny! Sending you hugs and love and prayers. Annette Grundy 🙏🏿💔❤️

Oh Larry. I’m so very sorry. I know how you loved them. I remember Chaia so fondly. One particular memory: you, Chaia & I shared car in LA to some event. You BEAMED the whole way, just talking w/ her. I could feel you literally radiated your love for her.
My deepest condolences.

Larry and Chaia wrote a book together about divorce, which came out in 1997, called Daddy Day, Daughter Day.

King’s son, Cannon, 20, recalled on Instagram how his brother, Andy, whom King adopted after marrying his mother in 1961, has “always been such a strong influence in being so lovingly optimistic. I have NO bad memories of Andy. Neither does my Dad. He embodied what it is to live life to the fullest and cherish every moment.”

“Losing them feels so out of order. No parent should have to bury a child,” King wrote on social media.

Our hearts go out to King and his family. May the memories of Chaia and Andy be a blessing.

It is with sadness and a father's broken heart that I confirm the recent loss of two of my children, Andy King, and Chaia King. Both of them were good and kind souls and they will be greatly missed. Andy passed away unexpectedly of a heart attack on July 28th, and Chaia passed on August 20th, only a short time after having been diagnosed with lung cancer. Losing them feels so out of order. No parent should have to bury a child. My family and I thank you for your outpouring of kind sentiments and well wishes. In this moment, we need a little time and privacy to heal. I thank you for respecting that.