Lili Hayes Is the Angriest Jewish Mom on the Internet 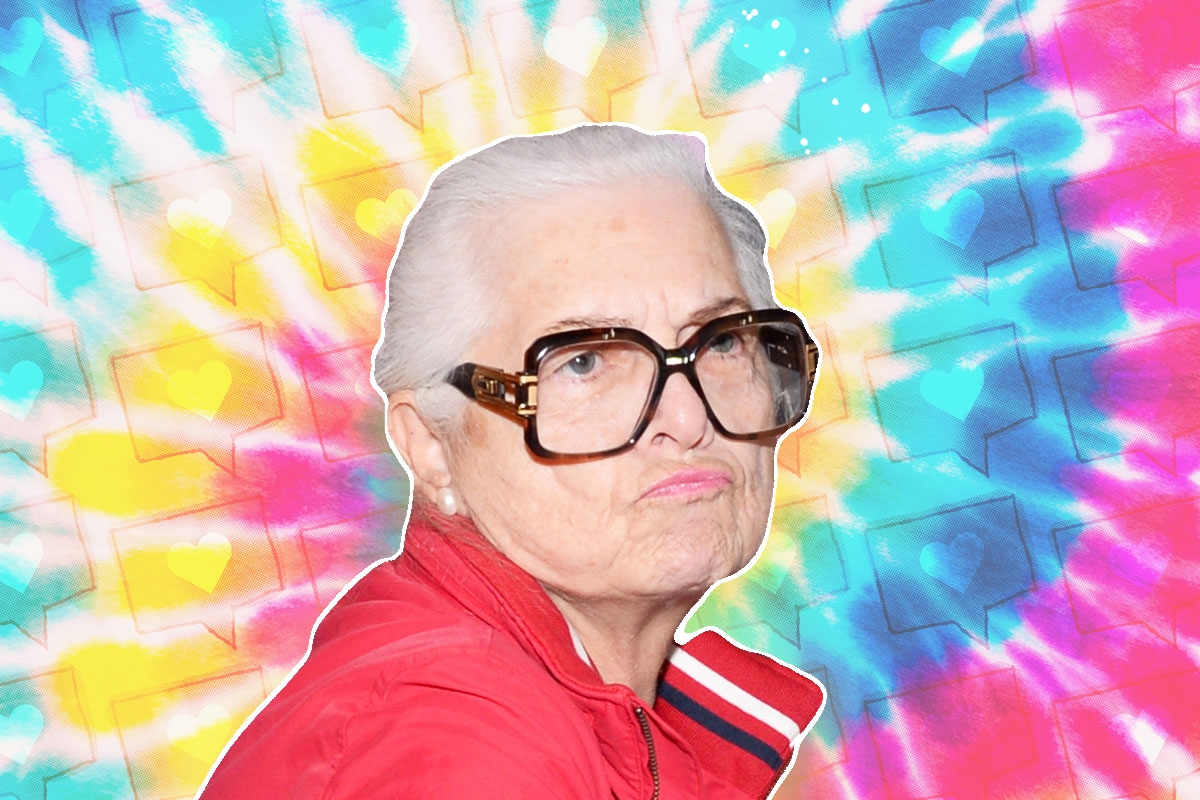 Just like me, Kevin Hayes used to find his Israeli mother embarrassing in his youth — her loudness, heavy accent, and unapologetic, larger-than-life personality were all a bit much. “When I was younger, I was mad embarrassed, cause she was always loud and speaking 100 languages,” he once told his followers in an Instagram Q&A.

But unlike me, Hayes has made his 74-year-old mother, Lili Hayes, a viral internet sensation by embracing exactly the qualities that make her so out-of-this-world. And for the past few years, she has been, hands down, no contest, my favorite person on the internet.

Nobody can make me laugh-cry like the loud, angry, Israeli septuagenarian, who speaks with a heavy Hebrew accent and whose social media bio accurately describes herself as “always a little pissed” (though the “a little” often feels like an understatement). If you have any qualms about R-rated language, Lili’s feed is not for you, and she often directs that language at her son. Her favorite things to call him appear to be “idiot” (pronounced “eedjiot”) and “moron.” Another frequent moniker is “crazy lunatic” — though she happily admits she is one herself.

Any attempt to scroll through her social media feeds inevitably ends in me doubled over, tears streaming down my face, about to choke from laughter. And I’m hardly the only one who uses Hayes for some needed dopamine — she has over 600k followers on Instagram at @lili_hayes and over 4.5 million followers on TikTok where she’s @lilihayes. She’s done musical collaborations with Fiona Apple, Christina Aguilera once lip-synced to her rendition of “Lady Marmalade” on TikTok, and she’s had walk-ins with Kendall Jenner and Guy Fieri. Mandy Patinkin has even shared her videos on his @MandyPatinkTok. Basically, Lili Hayes is a star.

Hayes was born in Yugoslavia, moved to Israel as a young child, and then made her way to the land of opportunity in her 30s. She landed in Fairfax, started a family (aside from Kevin, she has a daughter, grandchildren, and great-grandchildren), and has, for the past few decades, been a garment wholesaler in downtown Los Angeles. Her storefront has a full wall covered with pictures of rabbis; at its entrance is a throne for Elijah the prophet. Lili worked hard and became the breadwinner of her family — working in the garment district for decades means that Hayes also speaks fluent Spanish. As for English? Well, that’s a different story.

Hayes, like Eliezer Ben-Yehuda, the father of modern Hebrew, has reinvented a language — the English language. One of her most viral videos on TikTok is her mispronunciation of emoji — she calls them “smooshies” She also calls a selfie a “selfish,” seltzer “salsa water,” and Ben & Jerry’s ice cream “Carlos & Bernie.” Hand sanitizer becomes “appetizer” and vegetable dumplings are “dimples.” Sinuses are “sciences.” A corkscrew is a “twisting.” When you’re euphoric, according to Lili, you’re “walking on clowns.” I don’t know about you, but I love Lili English more than I love American English, or any form of English, to be honest.

One of her most popular videos on TikTok, with over 40 million views, is of her trying to say “pumpkin pie” over and over again, only to keep winding up with “pancake pie.” Lili seems pissed at her inability, but she keeps trying, again and again, then blames it on her son — which she often does.

Mom’s been trying to say pumpkin pie for a week now! To those on live who asked for a comp- enjoy! #thanksgiving

Lili is also great at reinventing music: She turns “Benny and the Jets” into “Benny and the Shnook.” Her rendition of Daft Punk’s “Get Lucky” honestly defies words.

What I love about these videos is that it’s very clear what they’re not doing. They’re not, in any way, laughing at Lili. The joke doesn’t feel like it’s at her expense; instead, there’s just something really awe-inspiring about it all — like Lili is this oracle of rage and hilarity, in her Supreme hats, gigantic glasses and oversized pearl earrings. Also, to be fair, all you need to do is watch one Lili video to know you don’t want to mess with her.

Unless that is, you are her son. Kevin not only films his little daily seedlings of his mom for social media — he creates entire elaborate productions for her, recreating famous movies and pop culture moments in full costume, like “Howl’s Moving Castle,” “Scarface” and “The Princess Bride.”

And Lili is always game: “To me he’s an artist… the guy with the cans Andy Groofund [Andy Warhol], you are better than him,” she told Adobe in 2019.

“I’ve only wanted to work with my mom, my whole life, always. It’s the best kind of feeling in the world to just kind of be her partner,” Kevin says in the same interview.

Recently, Hayes has taken up drawing and also sharing these masterful, delightful recreations of famous pop culture moments and characters on her TikTok — they give both me, and her son Kevin, a giddy sort of joy.

As for Kevin, while he may be more fluent in English, it’s his Hebrew that’s lacking. “When I was younger she spoke to me in Hebrew,” Kevin said in an Instagram Q&A. “He would go to Hebrew school the ‘ma’abul,'” Lili said, using the Hebrew slang for “stupid,” then in Hebrew, she adds, “It went into one ear and out of the other,” adding that “Yehoshua Ha’Parua,” the popular Hebrew translation of the popular German children’s novel “Der Struwwelpeter,” is one of his favorites.

But what they do share, in great abundance, is love. There is one thing that weaves all these videos together — aside from Lili’s shouts of “eedjiot” and “moron” — and that’s Kevin’s uproarious laughter. These videos would absolutely not work without it; it makes it clear that the profanities hurled at him — words that would usually send your offsprings to decades of therapy — are in fact just Lili’s quirky, candid way of loving him. In his laughter, you hear that the love is mutual.

It’s my favorite thing about Hayes’ videos: the absolute joy she and her son find in each other. When Kevin laughs as they shoot a video, she says, “she knows she’s doing something right.” One particular video gets at the zeitgeist of the family: Kevin films his mother loudly singing “I Just Called to Say I Love You.” He tells his audience that whenever his late father would hear the song on the radio, he would call his mom to tell her he loves her and that now, whenever she hears the song, she calls him — it’s a tradition that he hopes to continue with his partner and kids.

Lili has her tender moments, too. She’s all about lifting up other women and encouraging them to be independent. In a video of her makeup routine, that you need to watch, Lili shares her life philosophy: “Whether you contour or highlight — or if you’re like me, I barely wear some makeup — you are all beautiful, and I love you from the bottom of my heart. We are all together, the womens, makeup, no makeup, we are one. I love you girls, I love everybody, I love the world.” From anyone else these words might sound hippy dippy or trite, but from Lili’s curse-like-a-sailor lips, they feel extremely genuine.

For me, personally, Hayes brings a sort of internet redemption — for my loud Israeli mom and all the other moms like her. And she makes me, a strange Israeli/American mom, want to be more of myself. Unapologetically different, and in her way, profoundly loving.