You Too Can Be Part of 'Marvelous Mrs. Maisel' Season 4 – Kveller
Skip to Content Skip to Footer

You Too Can Be Part of ‘Marvelous Mrs. Maisel’ Season 4 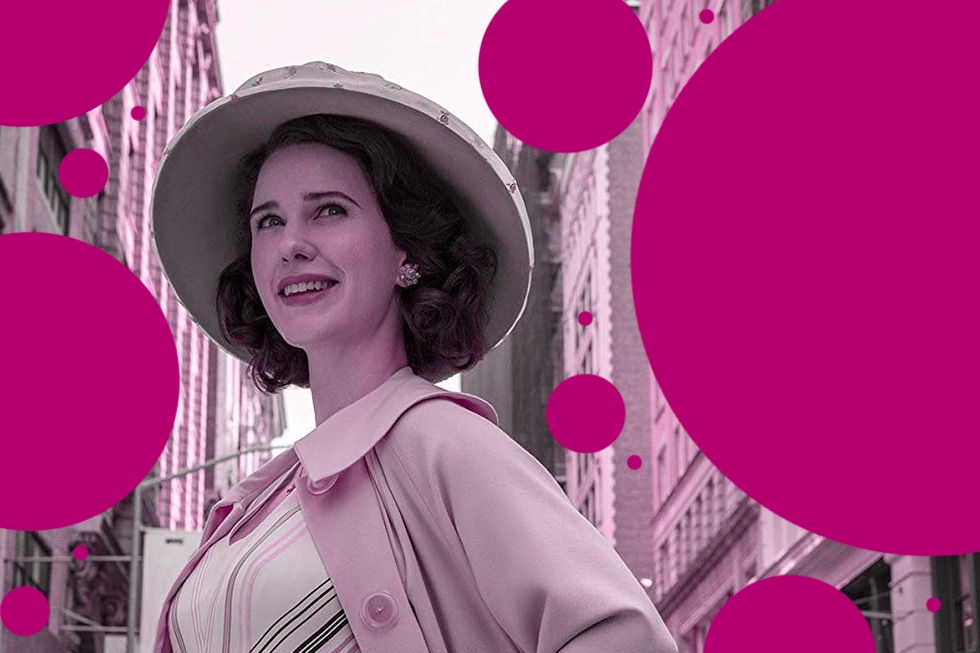 Maisel fans, we have some exciting news: not only is production starting on season 4 of The Marvelous Mrs. Maisel, but casting is open for extras, and you can be part of the show — and be the object of our unending admiration and envy.

When we last reported on the show about your favorite sassy Jewish comedienne from the Upper West Side, we informed you that just like many of us, creator Amy Sherman-Palladino and her husband, writer Dan Palladino, were not thrilled about going back to (non-remote) work during the pandemic:

“We’re scared to death, and we don’t quite know what to do,” Dan Palladino told The Hollywood Reporter in August. “We’re all kind of in the same boat. I think it’s going to be very, very daunting.”

Sukkah-queen and Emmy award-winning actress Alex Borstein, who plays Susie Myerson, Midge Maisel’s no-nonsense manager also discussed her concerns about going back to set in an interview with Parade: “We want [going back to set] to be as safe as possible for everyone. As an actor you’re pretty isolated, you’re able to get private transportation to and from the set, but a lot of your crew isn’t, so it’s really not fair to try to go back to work before it’s safe for everyone.” In the meantime, some of the cast and crew stayed in touch through Zoom trivia gatherings (wish we had gotten an invite to those!)

Since then, a few months (that felt like years) have passed, and a lot of TV shows seem to have worked out the kinks of safely shooting new seasons in the midst of the Covid-19 pandemic, including, yes, our very Marvelous Mrs. Maisel.

During a digital panel for the Woodstock Film Festival this October, Amy Sherman-Palladino revealed that fittings and set construction for the new season, which takes place in the 1960s, had already begun. Table readings were scheduled to place in December, and the start date for production is scheduled for January 7.

Yes, season 4 is definitely set to start shooting next month. And if you’ve always dreamed of dressing in the fabulous fashions of the Maisel crew, the series is currently casting extras in the New York area. Shooting will take place in New York City after January 20th.

The Maisel team is looking for “1960s attractive girlfriend types” (ooh la la) ages 18 to 40, of every ethnicity. The job “pays $210/12 hrs. for nonunion talent, with a $60 stipend for COVID test.SAG-AFTRA rates apply for SAG-AFTRA members.” You can find the job posting here (and please let us know if you get it — we want to kvell with you!).

Of course, production this season will be very different. “There will be a lot more visual effects because there are limits to what we can do,” Dan Palladino explained this October. “Last season, our premiere had 850 extras in an airplane hangar. We cannot do that.”

As for the plot for season 4, we don’t know much about that yet, but we do hope that after season 3’s devastating ending, during which SPOILER Midge was fired from her tour with Shy Baldwin, we will see her rise from the ashes and revive her career.

Rachel Brosnahan, who plays Midge, feels the same way. “I want to see her pick herself back up and figure out how to approach the next step differently having had this experience,” the Golden Globe winner told Parade this month. “She and Susie have a lot to learn together still.”

With production only starting now, it’s not likely that we’ll get to learn more about Midge’s fate before late 2021, but it’s still something to (hopefully) look forward to in the coming year.