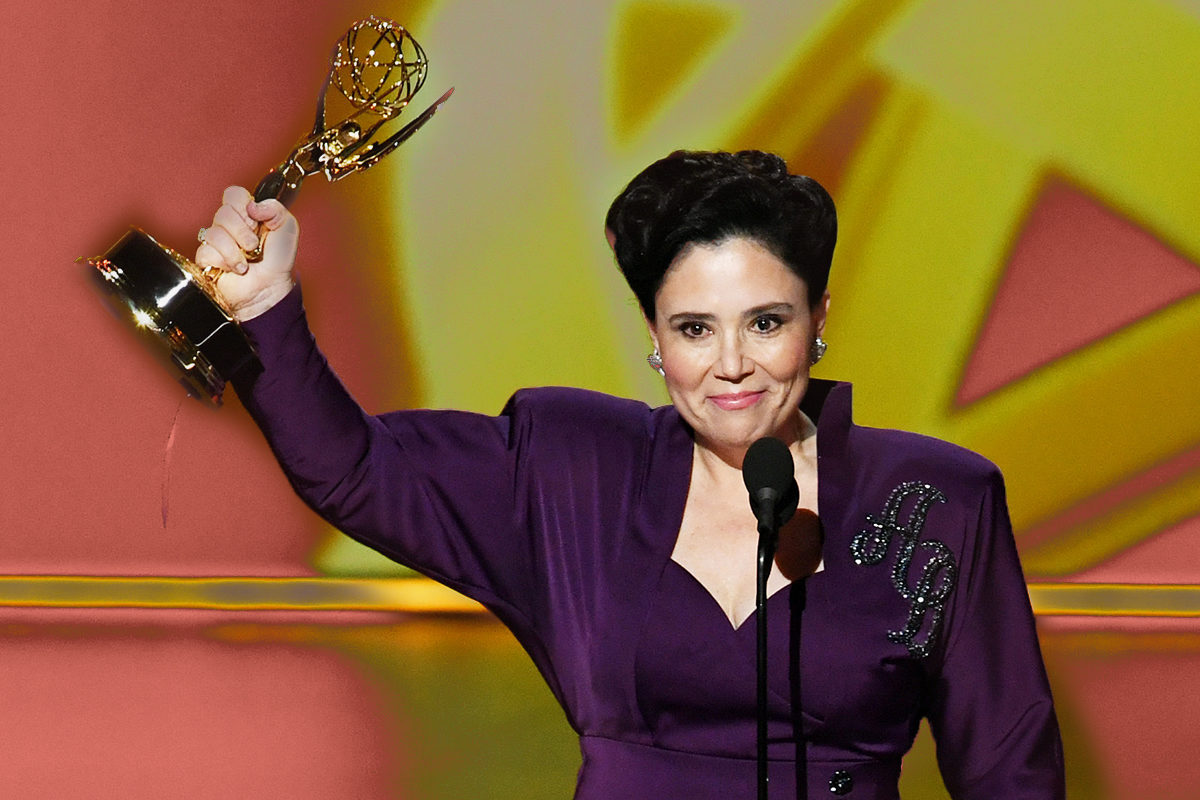 Mazel tov to The Marvelous Mrs. Maisel star Alex Borstein, who won her second Emmy for best supporting actress in a comedy for her role as Susie Myerson, Midge Maisel’s intrepid manager. The Jewish mom and actress dedicated the award to her mother and grandmother, both Holocaust survivors.

At first, the mood was light: Borstein could be seen chugging a small bottle of whiskey (respect!) before walking up to the stage and making some very on-brand jokes (“It looks like pretty on TV, but it’s like a hot Bikram yoga class in here, a lot of nervous women,” the actress told the crowd.)

But then, the 48-year-old turned serious as she concluded her speech with a truly moving (and empowering) ode to her mother and grandmother, who are both Jewish immigrants and survivors.

“My grandmother turned to a guard… She was in line to be shot into a pit,” the mom of two said. “And she said, ‘What happens if I step out of line?’ And he said, ‘I don’t have the heart to shoot you, but somebody will,’ and she stepped out of line.”

While the story of her grandmother’s survival is chilling, we couldn’t love this rallying cry more! Seriously, it was one of the best speeches of the night. Even Harvey Fierstein agreed:

The best ever. Love her. pic.twitter.com/MpPCMJ3AJX

Borstein herself is known for stepping out of line — both with her edgy humor IRL, and as her edgy character in The Marvelous Mrs. Maisel (seriously, we can’t wait for season three.) And it turns out that tendency is inherited!

Her mother, Judy, survived the Holocaust in Hungary, and moved to the U.S. in the 1950s. (At last year’s Emmys, the Jewish actress thanked her mom in Hungarian during her acceptance speech.) Judy is also apparently the owner of this badass “pussy power” mug; meanwhile Alex’s father has a mug that says “best grandfather” in Hebrew. Too cute!

My parents: a still life.

Stepping out of line while drinking your morning coffee — we’re into it!

Borstein, of course, is a lady with lots of chutzpah to admire. But she’s also very serious about keeping Jewish tradition alive — from celebrating Passover (seriously, she knows the Four Questions by heart) to building a sukkah to lighting Shabbat candles.

Mazel tov to the actress on her amazing and well-deserved win! (Fun fact: Borstein actually bet real money that Olivia Coleman would win the best supporting actress award, and she lost $100!)
Next time we step out of line, we’ll be thinking of you and your amazing mother and grandmother.
Photo by Kevin Winter/Getty Images