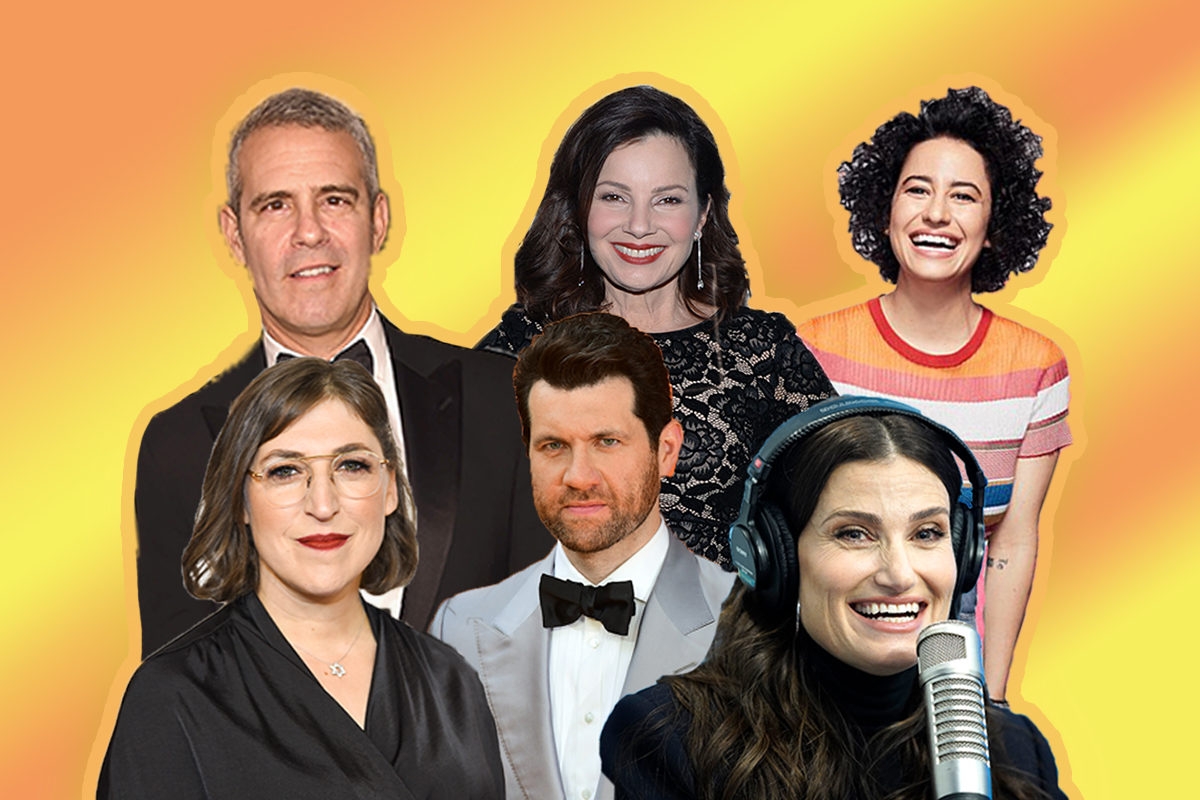 Holy Moses! While this has been a terrible year… I mean, few weeks… we just got an amazing gift to help make this time of coronavirus social distancing a bit more sweet: Andy Cohen is going to be celebrating Passover with us! And he’ll be joined by Idina Menzel, Ben Platt, Fran Drescher, Debra Messing, Mayim Bialik, and so, so, so many more famous members of the tribe.

Saturday Night Seder, is a free, streaming, celebrity-filled Passover seder extravaganza. Billed as “a Passover seder with the family you never knew you had,” it’s a one-night-only Passover-themed event to raise money for the CDC Foundation’s Coronavirus Emergency Fund.

This star-studded evening of songs and stories is the brainchild of StoryCourse, which, according to Playbill, is “a New York-based production company that integrates theatre and dining experiences.”

It was co-founded by Adam Kantor, who starred in some of the best Jewish Broadway musicals, like The Band’s Visit and the latest iteration of Fiddler on the Roof (he played Motel, of course!)

“In a time of confinement and uncertainty, a rag-tag team of Jews and non-Jewish Passover enthusiasts felt it was more important than ever to channel creative energies and gather community,” head writer Alex Edelman said in a statement. “We’re thrilled to be reinterpreting the timeless story of liberation and renewal while raising money for those on the front lines enduring — and fighting — an actual plague.”

The Passover fundraiser will air at 8 p.m. ET this Saturday, April 11, on the Saturday Night Seder website. So who will be there, aside from Mayim and Andy? Well, who won’t be there?! This seder is apparently going to be the hottest virtual event in town.

Schitt’s Creek‘s Dan Levy, who just starred in an amazing Christmas special, is going to honor his Jewish side in the show. Some true Jewish comedy greats will bless us with their presence, from Billy Eichner to Jason Alexander to Nick Kroll to Henry Winkler.

It won’t all be actors and comedians though: Israeli-American chef Michael Solomonov (of Zahav and Dizengoff) and fashion designer Isaac Mizrahi (we love him!) will also be part of the evening’s entertainment.

The event will also have some amazing non-Jewish guests. The marvelous Rachel Brosnahan will grace us with her presence (yes, she’s not a member of the tribe, but she is Midge Maisel, after all). The Fab Five’s Tan France will be there, hopefully to help with seder fashion, plus the one and only Billy Porter. Seriously, what is all this celebrity wealth?! Dayenu!

We can’t wait to see our favorite celebrities bring some quality Passover songs, stories and humor (we will be counting the plague jokes, have no doubt). What a beautiful way to raise money and spirits at the same time. Chag sameach and stay safe, everyone.