Mayim Bialik Is Looking Forward to a ‘Reset’ on Yom Kippur 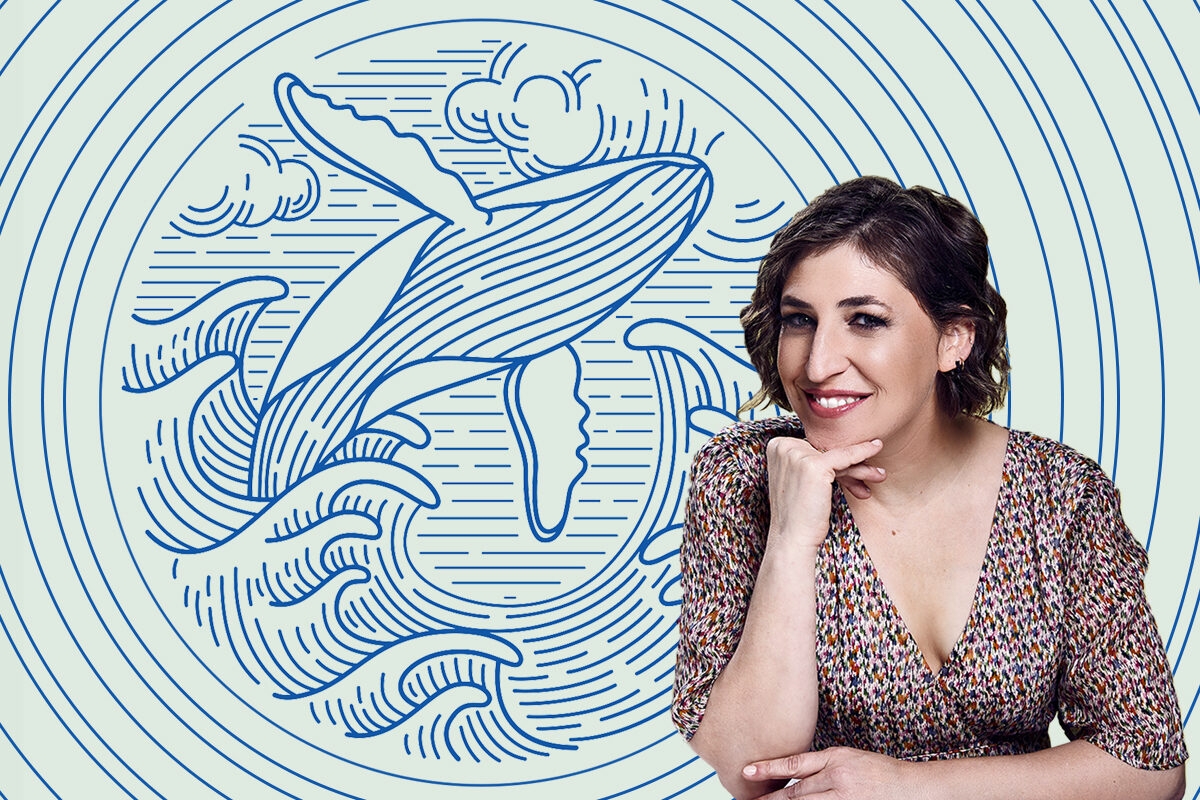 Mayim Bialik was one of Kveller’s original contributing editors, and we’re thrilled to welcome her! You can read all her previous Kveller pieces here, including how she navigates Jewish holidays as a divorced mom, behind-the-scenes peeks at her acting career, and her biggest parenting regrets.

Yom Kippur. The Day of Atonement. After a year unlike any we could have anticipated, I have been waiting for this day, not for atonement so much as a reset.

Jewish tradition teaches us that our fate for the year ahead is sealed on Yom Kippur — and our Book of Life was a raging epic this year. The book was on fire as our lives and our cities and our lungs were plagued by an invisible silent killer.

On Yom Kippur, I am used to praying all morning, chanting haftarah as I have done for 20 years, crying through yizkor — my father z”l in heaven listens as we weep and shuckle. And then my ex-husband takes our boys and my mom home, and I stay behind to daven musaf with fervor and hunger and satiation. Then I nap and walk with my college friend, Daniel.

Our traditions will be broken this year. But this year, as we do every year, we will read the Book of Jonah on Yom Kippur afternoon. It’s the one about the guy who gets swallowed by a giant fish.

Jonah is called upon by God to announce the impending destruction of Nineveh if the people don’t repent of their generally evil ways. Jonah doesn’t want the job, so he runs away and gets on a boat with some sailors.

God follows him and makes a scary storm. The sailors realize this guy’s God is mighty and Jonah says the only way they can be saved is to throw him overboard. So they do. And he’s ready to die.

But a big fish (not a whale for those of you following closely) swallows him, and from the belly of this big fish, Jonah says to God, “OK, I’ll do it, I’m sorry.”

So the fish spits him up and he tells everyone in Nineveh to repent — and they do. When God decides that is sufficient grounds not to punish them, Jonah is so upset that he schlepped all that way for nothing, and at how freely God doles out forgiveness, that he wants to die.

So that’s the whole story, right? Not entirely.

Jonah finds a place to sit to the east of Nineveh. It’s super hot out, and God sends a plant to sprout, and Jonah is thrilled. He’s chilling under the plant, and then God sends a worm that eats the plant and it dies. And Jonah is again “so aggrieved that he wants to die.”

God says, “You cared so deeply about that plant existing and you didn’t even make it. How do you think I feel when I might have to destroy a whole city of people I created?”

I cry every time I hear this. Because whether or not you believe in God, or whether you like synagogue or hate it, this shit is real. Running from destiny is real. Feeling you can’t do something because you know how it will turn out, no matter what you do, is real. Other people suffering because of you is real. Getting a second chance is real — and so is being a brat. And ultimately, the realness of our existence is that worms eat plants and they die and we get mad. And sometimes we get mad at God, too.

I waited and waited. Nothing happened. And I was about to throw the whole thing out when I saw two sprouts. I cried. I watched them so carefully. I sprinkled them with water. I rotated them toward the sun and they looked strong. Then they fell over. A few days apart. Flat on their faces. Dead.

My ex-husband said maybe I didn’t bury the seeds deep enough. This felt a bit like my ex telling me I didn’t parent right!

And then one day, my sweetest cat, who is the most kitten-like of all of my cats, did something she wanted to do very badly. She ate it. She bit the top off. I cried again. She killed it.

That was the last sprout. There will be no more. My frustration was enormous. I wanted to be mad at her, but that wasn’t right, and I know better than to be mad at an animal for being an animal.

And then I thought of Jonah. And I was reminded of my smallness. And my powerlessness. And when I think of my tears of joy over the bonsai sprouts, I feel ashamed. My face feels hot and my stomach churns. How foolish I was to think I could do this. I can’t do this.

And the lesson of Yom Kippur came to me again. My religious tradition reminds me of my smallness and my powerlessness. And my tradition also has ways for me to try again. To not give in to despair or to my weakness and insecurities.

And so on Yom Kippur, I wear white and I refrain from eating and having sex and I don’t even need water — I am like an angel. And my tradition teaches me that every blade of grass has its angel that bows over it and whispers “Grow, grow.”

On Yom Kippur, I remember that I have the capacity to be patient and forgiving. I can be slow to anger and quick to forgive. I can be both the angel and the blade of grass. And on my best days — and sometimes even on my worst — I can be more than a blade of grass; I can be the bonsai who survives and thrives.

This piece originally appeared on JTA.