Forgiving My Mother, a Convicted Felon – Kveller
Skip to Content Skip to Footer

Forgiving My Mother, a Convicted Felon 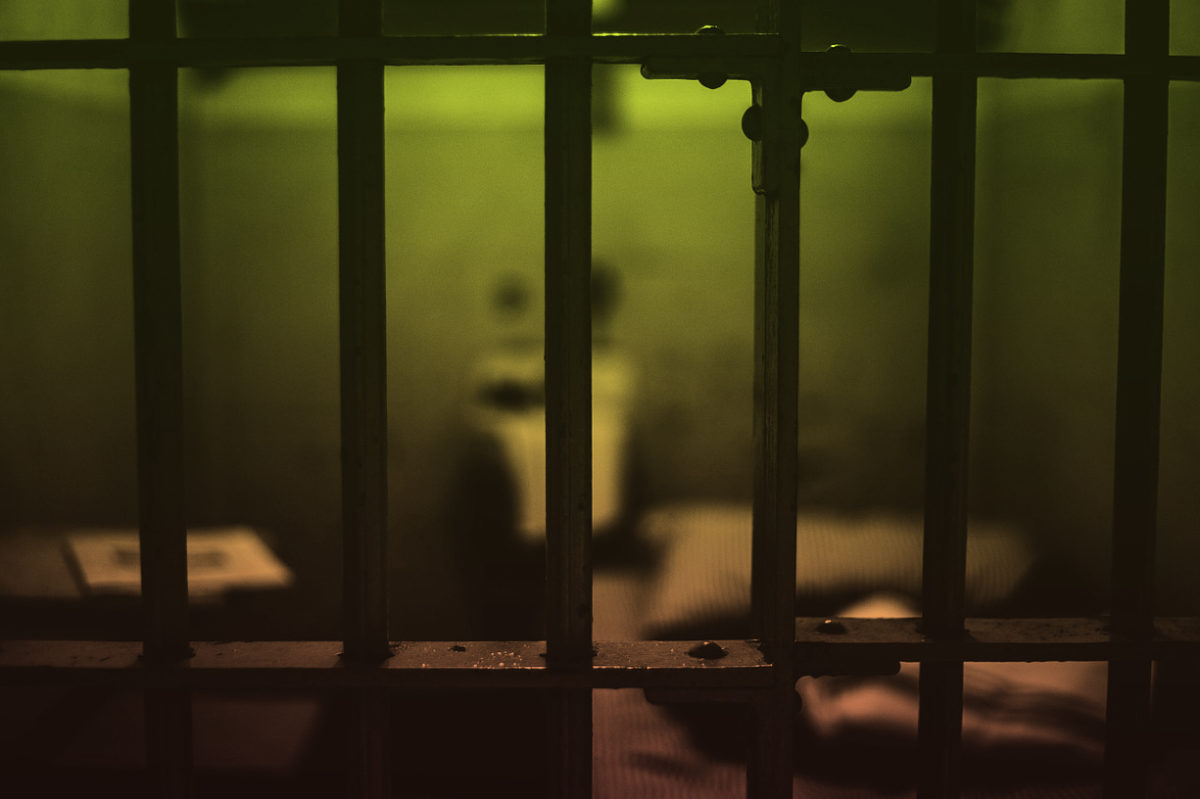 Six years ago, just a few days shy of my 30th birthday, I found out my mom had been convicted of a second-degree felony.

I was driving in the car with my brother, on the way to our mom’s apartment to celebrate my birthday. He had been oddly quiet for a few minutes when he said to me: “I’ve been meaning to tell you something about Mom, and I’ve been wrestling with whether or not you should know.”

I glanced down at the GPS, unsure if I was fit for navigating an unfamiliar route while digesting a family secret. “Well, now you have to tell me,” I said.

“I will, but you have to promise me you won’t tell her that we know,” he responded.

My curiosity had now fully transitioned to apprehension. “Yes, fine. Just tell me,” I replied anxiously.

My brother explained that, about a year ago, he went over to our mom’s place to help her with a computer issue when he noticed something odd about her desktop background image. He took a closer look and saw that it was a letter from a probation officer, discussing the terms of her community service requirements. Shaken and confused, my brother pretended that he hadn’t seen it. When he finally got back home that night, he told his wife, an attorney, about the letter. She suggested running a background check on my mom and looking up her record in a criminal database.

What they discovered was shocking: Just 8 months prior, my mom had been convicted of more than 250 counts of identity theft.

I was stunned and speechless, but my mind was racing:

This can’t be possible.

Isn’t an identity thief some kind of criminal mastermind with 10 computer monitors running at once with high-tech password-generator software used to hack into people’s bank accounts? That’s not my mom.

My mom wears Winnie the Pooh sweatshirts over turtlenecks. She buys Weight Watchers frozen desserts. She gets nervous driving at night and in new places.

This must be a mistake.

I somehow managed to park the car, and my brother and I went inside the two-story building and headed to the door to my mom’s apartment. There she stood — the same as ever — in a pastel blue t-shirt and white linen capris, greeting us with a warm smile. Her apartment was, as always, sparkling clean and reminiscent of a little girl’s bedroom, with floral patterns and shades of pink in every room.

Sitting at her kitchen table, I worked tirelessly to act nonchalant. In between the casual conversations and birthday celebrations, I found myself sneaking dumbfounded looks at my mom. It was as if an alien had taken over her body, and the woman sitting across from me was an imposter. She looked like my mom. She sounded like my mom. But who was she really?

Apparently, my mom was the kind of person who stole personal information from strangers in order to take their money, undoubtedly bringing a tremendous amount of stress to the lives of her victims. And yet, my mom was also the person who brought me flowers after my school performances, stayed home to take care of me whenever I was sick, and worked for 40 years as a respiratory therapist, helping to treat and heal severely ill children and the elderly.

The cognitive dissonance was overwhelming. I needed to understand how my own mother could be the real life embodiment of Dr. Jekyll and Mr. Hyde.

When I think back to my childhood, it’s clear to me that my mom battled an addiction — not to drugs or alcohol, but to spending money. There were many signs that pointed to this. My parents could never keep up with their bills, despite both of them having full-time jobs with middle-class salaries. She was constantly watching QVC or Home Shopping Network and ordering from them. And when my brother turned 18 and signed up for his first credit card, my mom started using it, in secret and rather aggressively, for her own personal purchases.

A hostage to her own addiction, it seemed that identity theft was just another step further on the path of darkness. Somehow, her stealing from strangers felt even crueler to me than stealing from her own child. This time, she crossed a line that was so far from my own moral compass, I wasn’t sure if we could ever find our way back. If there was any chance of that happening, at the very least, we needed to talk about it.

It took me two years to finally confront my mom. There’s just never a good time to start a conversation with, “So, I heard you’re a criminal…” I had high hopes that we could have an open and honest conversation, one adult to another, and that I could finally get more information about what really happened — maybe even find some closure.

Unfortunately, the conversation didn’t go well. Like any addict who isn’t ready to walk the road to recovery, my mom had more excuses than apologies. She needed the money, she said; she was falling behind on bills, and she had already exhausted all other (legal) options.

I told her that I loved her and that I’m here for her if she ever decides to get some help, but until then, I can’t be part of her life and enable this kind of behavior.

We never spoke about it again.

It’s been four years since that conversation, and our relationship, today, lives somewhere between strained and absent. We talk or text on occasion, but mostly she only pops back into my life when she needs money. There are no more birthday celebrations or holiday get-togethers. Addiction has slowly eaten her alive, and the person I once knew as my mom is far from anything recognizable today.

In recent weeks, as we approach Rosh Hashanah, my mom has been on my mind a lot. The High Holy Days are a time for self-reflection, to look back on our lives, our choices, and our relationships, and to choose to be better than the year before. It’s an opportunity to not only ask for forgiveness, but to forgive others.

I wanted so desperately to forgive my mom, but I didn’t know how. How do I forgive someone who isn’t sorry?

To truly understand what I was asking of myself, I began by defining what forgiveness is and what it isn’t. Here’s what I came to realize:

Forgiveness has no timeline.

Forgiveness doesn’t mean that someone else’s wrongdoing is acceptable.

And forgiveness certainly doesn’t mean that everything will go back to being the way it was before.

Forgiveness simply means letting go of our anger. It’s realizing that someone else’s actions have little to do with us and everything to do with them.

In order to let go of my anger toward my mom, I had to stop making her crime against others a crime against me. Instead of continuing to hold her to the impossible standard of how a mother should be, I finally started to see her for who she really is: an ordinary person, who, like the rest of us, can excel in many areas of life and simultaneously struggle with temptation.

Forgiving someone for their mistakes means recognizing that good and evil are not light years away from each other. In fact, it’s quite the opposite: they live side-by-side in a sea of ambiguity, separated only by the changing tides of our daily choices.

In the spirit of forgiveness, I would be remiss not to acknowledge that despite my mother’s very poor choices, she also brought good to the world and to me. She raised me, she supported me, and she loved me the best way she knew how. If I’ve learned anything from this life-altering experience, it’s that this uncomfortable paradox lives within all of us. Accepting this truth is a critical step toward truly loving ourselves and each other.