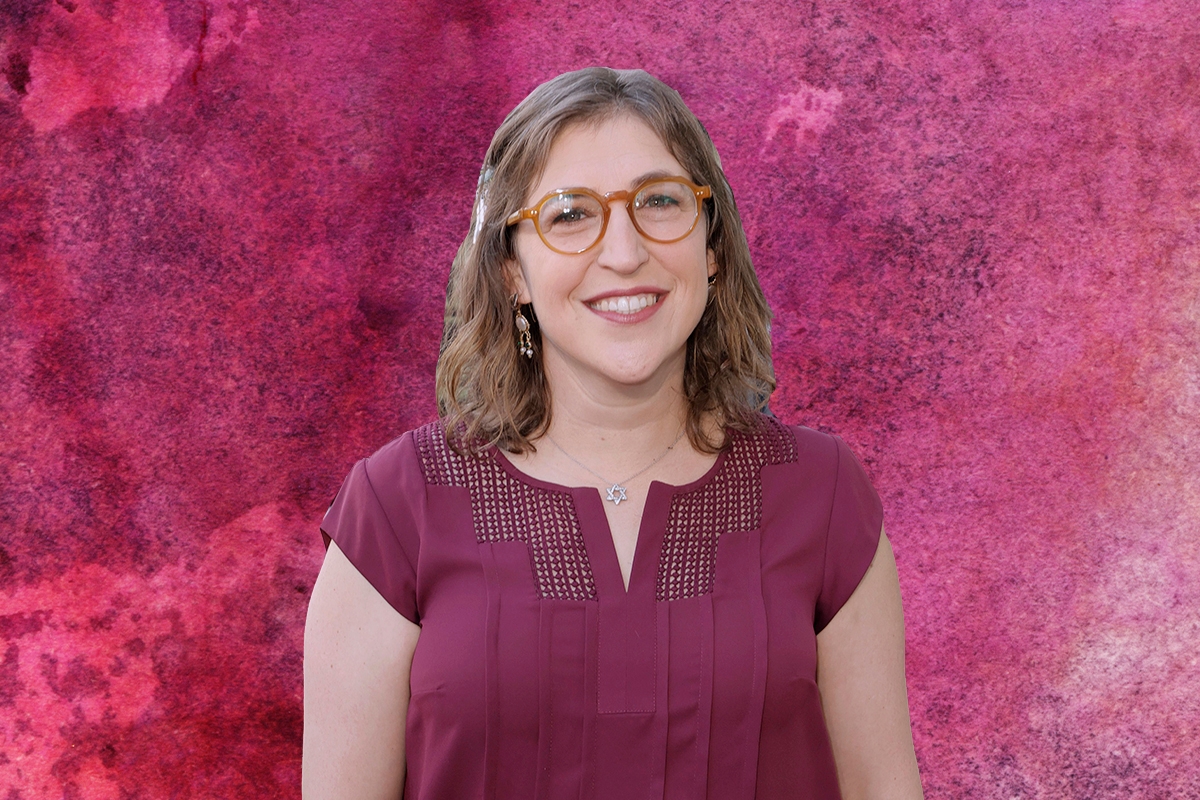 Lovers of ‘Jeopardy!’ and traditional Jewish eats, have we got a treat for you! The Ashkenazi delicacy cholent was featured as a clue Wednesday’s episode — although, unfortunately, no contestants got the question right.

On last night’s episode of the beloved quiz show, one of the categories was “Sabbath.” And when a contestant selected the category’s $400 question, an image of a stew-like substance filled the screen. Mayim Bialik — the Jewish actress, neuroscientist and current (if temporary)  “Jeopardy!” host — provided the following clue: “Exodus 35:3 bans doing this on the Sabbath, hence the Jewish dish ‘cholent,’ which can go on the stove Friday and cook until Saturday lunch.”

Think you know the specific prohibition Mayim is referring to here? The answer may surprise you. Two of the three contestants gave rapid-fire guesses: “What is work?” and “What is cooking?”

But, alas, these were not correct. As the buzzer buzzed (insert Buzzy Cohen joke here?) Mayim said, “What is lighting a fire?”

Being the Jewish mom that she is, Mayim also leaned into a teachable moment, providing the etymology for the word used for the traditional stew eaten by many Ashkenazi Jews for Shabbat lunch. “The word ‘cholent’ is from the French ‘chaud lent,’” she explained, “[meaning] ‘cooks a long time.’” Cool!

You can see the video of the challenge here:

Last night cholent was on @Jeopardy (yay) but I am I the only one that found the clue misleading and bothersome. Yes that pasuk prohibits lighting a fire but the separate prohibition of cooking is what directly necessitated cholent @missmayim

Naturally, the Jewish contingent of Twitter (or Jwitter, as they like to call themselves) had a lot to say about the clue and its answer. In the tweet accompanying the video above, @simmy_cohen calls the clue “misleading and bothersome” citing a technicality: “Yes that pasuk [Torah verse] prohibits lighting a fire but the separate prohibition of cooking is what directly necessitated cholent.”

Other Jewish fans of “Jeopardy!” had qualms with the photo that the show used for cholent. @KatzStats writes, “The picture #Jeopardy used for #cholent looks more like a beef stew or a soup. Where’s the barley? Where’s the #kishke?”

The picture #Jeopardy used for #cholent looks more like a beef stew or a soup. Where's the barley? Where's the #kishke? pic.twitter.com/OGSybgF9lA

The truth is, however, there are traditional overnight Shabbat foods of all kinds, including Moroccan dafina and Bukharian osavo. Like cholent, they are cooked low and slow for a long period of time, and they are endlessly adaptable — for example, cholent can be made with beans or without, with potatoes or without, and so on. According to Devora Wilhem, who published a cholent recipe on NPR, cholent is flexible enough to allow a myriad of variations. “It doesn’t matter, it’s cholent — do what you want,” she said.

No matter how the “Jeopardy!” cholent appeared — or whether or not it resembles one you’ve eaten before — plenty people online were simply kvelling about its brief moment in the spotlight. As Simcha Ginesove succinctly said: “Jeopardy mentioned cholent. Sweet! #Jeopardy.”

Of course, this is hardly the first time “Jeopardy!” has featured Jewish references. Along with an iconic Yiddish category in 2020 and frequent biblical references, Tuesday’s episode featured a question about yet another Jewish food: chopped liver! After a contestant correctly answered, Mayim made a quip in the spirit of a Jewish dad: “What am I, chopped liver?”

Earlier this summer, she told the Jewish Journal of Los Angeles that she wore a Star of David while taping every episode of her first guest-host run. “Sometimes a pin, sometimes a ring and, most often, one of two ‘hidden’ Magen Davids,” she said.

We’re thrilled to see Jewish tradition make an appearance in the formal part of Mayim’s hosting role, too! Here’s hoping we’ll see more Jewish clues before her final episode (for now, at least!) hosting the regular, syndicated ‘Jeopardy!’ on November 5.