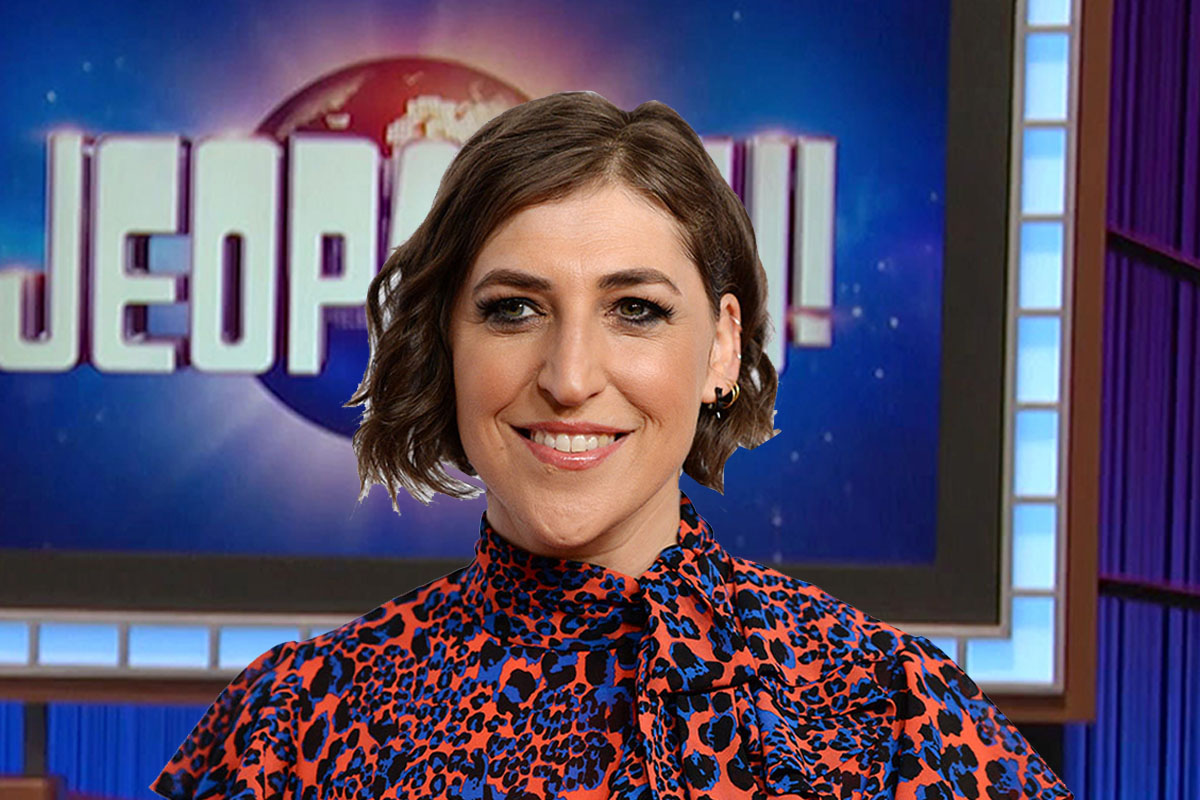 Attention all Mayim Bialik fans and lovers of “Jeopardy!”: Get your TV remotes ready! Our favorite Jewish mom and neuroscientist will begin a seven-week stint hosting the iconic game show on Monday, September 20, and we couldn’t be more excited.

On Thursday — yep, Yom Kippur — the news broke that, following the scandal-ridden quest to replace beloved late “Jeopardy!” host Alex Trebek, Mayim will share daily hosting duties with Ken Jennings (who holds the record for the show’s longest winning streak) for the remainder of 2021. The “Call Me Kat” actress will be flying solo as “Jeopardy!” host through the first week of November; after that, she and Jennings will trade off duties “as their schedules allow.”

Honestly, we’ve been waiting for this moment here at Kveller! Back in June, near the end of her initial two-week guest-host stint, we argued that Mayim should become the permanent host of the show. At the time, the Jewish actress was one of several celebrities asked to guest-host the show in the spring, among the likes of Katie Couric, LeVar Burton and Anderson Cooper.

Almost immediately, scandal broke, due to backlash from comments he made about women and Jews. As the Ringer reported, on The Randumb Show, a podcast he co-hosted in 2013 and 2014 about “The Price Is Right,” which he also executive produced), Ringer made derogatory comments specifically about women’s weights and appearances, and about Jewish noses.

In the wake of the scandal, in August, Mayim was invited to temporarily host the daily program for three additional weeks, a temporary solution as the show’s staff continued to plan for the longer term.

Which brings us to the breaking news from yesterday, which is that Mayim’s hosting duties will increase even more! Mayim will now host “Jeopardy!” for a full seven weeks — though we can only hope that the powers that be decide to increase this yet again.

On Friday, September 10, Mayim posted this gorgeous photo on Twitter, rocking a Star of David stud earring while she prepped to film “Jeopardy!”

Special shoutout to Chanel Cross for always doing such an amazing job with my hair and makeup! And for always finding the best lighting for all my glam pics. 😝✨ pic.twitter.com/vsRfyd38Kz

(This is hardly the first time Mayim has donned Judaica while filming “Jeopardy!”. Over the summer, she told the Jewish Journal of Los Angeles that she wore a Star of David while taping every episode of her first guest-host run. “Sometimes a pin, sometimes a ring and, most often, one of two ‘hidden’ Magen Davids,” she said.)

We look forward to tuning into “Jeopardy!” on Monday to watch Mayim continue to share her Jewish pride and kick some serious tuchus in her new role. Mazels, Mayim!