Meet the Grandma Behind This Clever Jewish Biden-Harris Logo 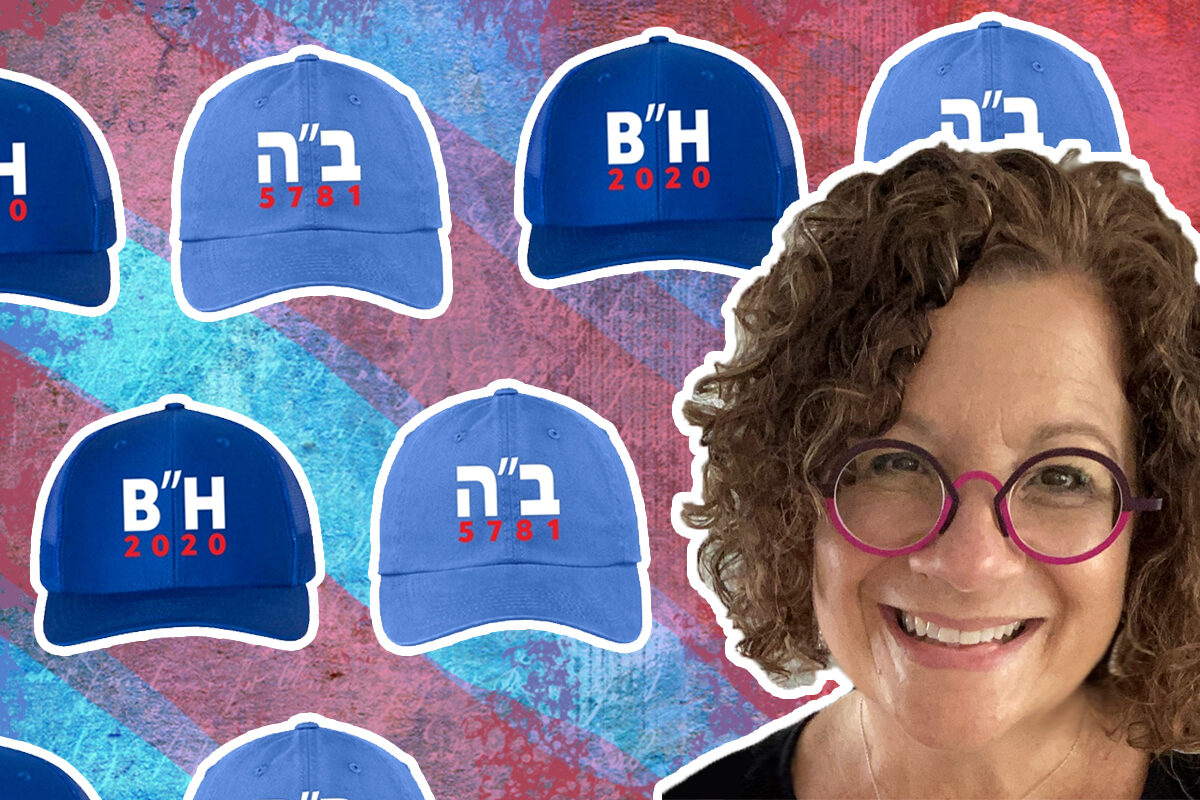 This month, when Democratic presidential candidate Joe Biden announced that his running mate would be Kamala Harris, many people’s first thought was about the historical significance of this moment: Harris is the first African American and the first Asian American to ever be on the VP ticket of a major party.

But when Judaica artist Jeanette Kuvin Oren first heard about Harris’s nomination, her first thought was: “baruch haShem,” which is Hebrew for “thank God.” Her second thought was “b’ezrat Ha’shem” (“with God’s help”).

And just like that, a lightbulb clicked on: Oren realized the acronym for the Biden-Harris campaign is the same as these auspicious Jewish phrases, which are commonly abbreviated as “B”H.”

Oren, a mother of two and an “oma” of two grandchildren, then took to her computer and designed a “B”H 2020” logo — both in English and Hebrew — to raise awareness for the campaign that she hopes (B”H — God willing ) will win the race to the White House.

“Within 24 hours, at least 1,000 ‘friends’ had shared the image (with many heartwarming comments),” Oren tells me over e-mail, “and more than 700 items had been ordered from my first makeshift site.”

Oren’s simple yet clever design is a far cry from her usual work — beautiful and delicate Judaica that adorn more than 400 houses of worship, including embroidered Torah scroll covers, mosaics, ark curtains, and bimah covers.

However, with synagogues shuttered, the Covid-19 pandemic changed the way Oren thought about her work. She started teaching online paper cutting classes via Zoom and, at the same time, she started thinking: “How could an artist help with the elections?”

Oren started by creating “Vote” face mask in March — using a blue-and-white fabric that she designed — to help encourage people to participate in the democratic process, which she sells on her Society6 page.

“This is definitely the first time I’ve combined art and politics in such a public way,” Oren tells me. “I work with Jewish communities around the world, of every denomination, and usually do not discuss politics. But I think we are at a critical moment. I just felt that I had to do my tiny part and could not sit idly by.”

Bari Nan Rothschild, who co-owns a merchandising company in Utah with her husband, Jeff, also felt the same way after she saw Oren’s design shared on Facebook through a friend. She contacted Oren, wanting to help.

“Now we are hearing from people around the U.S. and in Israel who love the design and feel it speaks to their hopes,” Oren says. “But I really believe God cannot do it alone. We have to help.”

Of course, aside from the very Jewish acronym, this campaign could also make some Jewish history — Kamala’s husband, Douglas Emhoff, could wind up being the first Jewish Second Husband (and the first Second Husband, in general!) in this country’s history if Biden and Harris are elected. And that, regardless of politics, would be a true Shehechiyanu moment.

For Oren, that idea is definitely moving: “I love that Kamala’s husband is Jewish and that Joe has kids married to Jews and at least one Jewish grandchild,” she professes. “But more importantly, Joe and Kamala have long records of saying and doing what’s right for the Jewish community and for the country.”