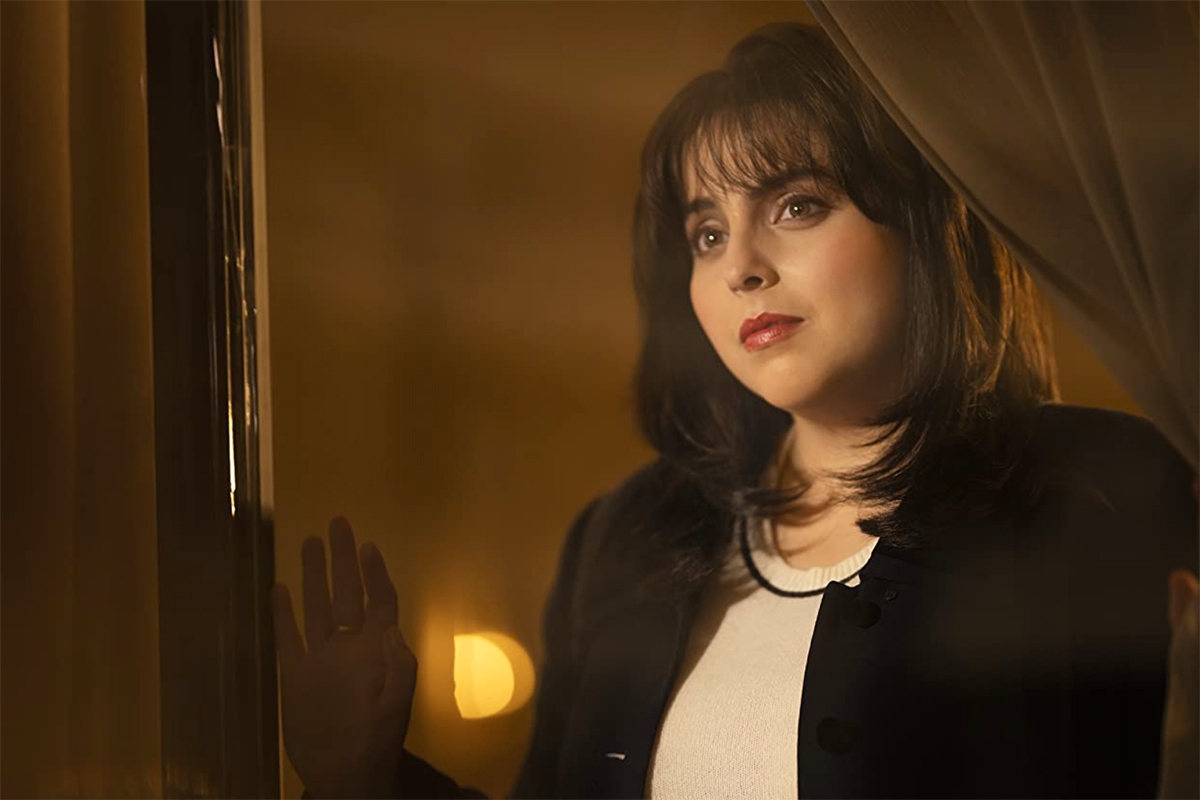 It’s been over 20 years since dramatized retellings of Monica Lewinsky‘s affair  with President Bill Clinton became part of our culture — spanning everything from news coverage to comedy skits to TV specials.

But for the first time ever, the Jewish former White House intern is taking the reins when it comes to her story.

Lewinsky, 48, is a producer on Ryan Murphy‘s “American Crime Story: Impeachment,” which will premiere on September 7 on FX, during the holiday of Rosh Hashanah. The 10 episode weekly series comes at conspicuous timing — as we we enter the High Holidays this retelling is a chance for us to atone for the ways her story has been told over the decades. After all, so many of us around the globe have laughed at  Lewinsky — who was, let’s remember, all of 22 at the time of her affair with Clinton, 49 — and either actively or passively participated in deriding her. Lewinsky once compared the way the gossip spread about her to the classic Jewish tale about a rabbi who asked a congregant to cut a pillow open and then attempt to put the feathers back in — a metaphor for how hard it is to take back gossip once it has spread.

This new series also comes at a time when the public at large is reconsidering the way the media’s storytelling harms young women (see: Britney Spears). But let’s remember that it was Lewinsky who came first, at least when it comes to abominably insensitive treatment by the tabloids. Lewinsky has called herself “the first person to have their reputation completely destroyed worldwide via the internet,” and, with this new series, it is oh-so-nice to see her become the master of her own narrative.

“American Crime Story: Impeachment” would not have existed without Lewinsky’s consent — a wonderful shift of the initial dynamics in her story, which was first exposed to the world without her consent. (Notably, this story is about a relationship in which the power imbalances were so extreme that Lewinsky herself has questioned whether such a thing as consent factored into the affair at all.)

“Nobody should tell your story but you, and it’s kind of gross if they do,” Murphy told her about the show he had hoped to make, and asked her to come on as producer.

Lewinsky said yes, of course, and became deeply involved in the show. She admits that she was a very exacting collaborator: “I don’t think anybody involved, including me, wanted me to be on set while they were filming scenes that had to do with me,” she told InStyle magazine. “I’m so detail-oriented in probably the most annoying way that I’d be like, ‘Oh, I had three buttons there, not two buttons.'”

But this doesn’t mean that this is a PR piece for Lewinsky; it’s just a more honest, nuanced portrayal of her version of events. While it is still dramatized — and dramatized by Murphy, who is a master of over-dramatization — Lewinsky was there to make sure that the show remained emotionally true to her, and that the scenes were as accurate as possible. She didn’t give herself any slack, insisting that a moment in which she flashed her thong to the former president be part of the series.

“Ultimately, I felt two things: One was that I shouldn’t get a pass because I’m a producer,” Lewinsky told The Hollywood Reporter. “And two, that it was unfair to the team and to the project because it would leave everybody vulnerable.”

“ACS: Impeachment” focuses on the women involved in the scandal, and it centers on Lewinsky’s friendship with fellow Pentagon staffer Linda Tripp (Sarah Paulson), who surreptitiously taped their conversations about her affair with the president. Lewinsky is portrayed by Beanie Feldstein — the magnetic 28-year-old Jewish actress, who said that she and Lewinsky are cut from the same cloth. They both grew up Jewish in LA in well-to-do families; they both love theater and listen to show-tunes on the treadmill; they both were marked by bat/bar mitzvahs — Lewinsky started wearing her signature berets at her brother’s bar mitzvah, while Feldstein met her best friend, the talented Ben Platt, at one.

Portraying Lewinsky was a dream role for Feldstein, who fancied herself as Lewinsky’s onscreen bodyguard — protecting and enshrining her reputation with her body. “I’m hopefully presenting Monica with the depths of her humanity, and there’s so much pain that she had,” Feldstein told the Los Angeles Times. “It’s completely different from anything I’ve ever done, and that’s very scary.”

There are other amazing Jewish talents in the show — Billy Eichner, who we need more of in everything, plays Matt Drudge, the Jewish media personality who founded the news aggregator site Drudge Report, and who was the first to publicly report about the scandal.

Judith Light, our Jewish queen, plays Susan Carpenter-McMillan, Paula Jones’ brazen and media-loving PR person. Honestly, some people have posited that the show is worth watching just for that portrayal.

Other high-profile Jews include the iconic Fred Melamed as Lewinsky’s attorney; Kevin Pollak (Moishe Maisel in “The Marvelous Mrs. Maisel”) as White House counsel Bernie Nussbaum and Patrick Fischler as Clinton confidante Sidney Blumenthal. Margo Martindale plays Lucianne Goldberg, who was the one who urged Tripp to record her conversations with Lewinsky. Goldberg herself is not Jewish, but her husband, newspaper executive Sidney Goldberg, is, and they raised their sons Jewish.

So much has changed since the 1990s and, of course, since Clinton’s impeachment, former President Donald Trump was impeached two times. And yet, I still think about  Lewinsky a lot — and I know I’m not the only one. I was too young to understand exactly what exactly happened during the impeachment trial, but Lewinsky became part of the zeitgeist at a time when I was just starting to become aware of popular culture. For years, she was a perennial joke — a young woman flattened into easy punchlines. Many excused the callous way they removed all agency from her by the fact that she was so sexualized — she became the blue dress, the cigar, “that woman” — and Monica Lewinsky, the human, was thrown away.

But Lewinsky was more than that — she was a Jewish woman who looked like me and so many of my friends. I always felt uncomfortable by the jokes about her — because, like Feldstein, I did feel a kinship with this person. I’ve come to admire Lewinsky, ever since she returned to public eye as an anti-bullying advocate. I’ve loved her TED Talks, her zingy tweets, her self-aware humor. She’s come to symbolize, to me, how we vilify sexualized women, and how it is so easy to take advantage of a young woman caught crushing on the wrong guy (and let’s face it, we’ve all been there — I know I have). She’s also come to symbolize a woman who was very publicly dealing with her own trauma, and who still openly struggles with it. Lewinsky has PTSD from the events of 1998, and while watching the show, she sat with a therapist to help her. “Because it’s hard,” she told THR. “It’s really hard, especially with the dramatic license that needs to be taken.”

But more than anything Lewinsky has also come to symbolize — for me, and for many others — redemption. It took Lewinsky two decades to come out through the rubble. It took a failed fashion career and attempts at overseas escapes, but now she’s emerged, bright and wonderfully magnetic — not by going over, or under, but through it. She’s accomplished this feat by reclaiming her voice: through this show, through Twitter and through her activism for victims of bullying. (A new HBO Max show she is producing, “15 Minutes of Shame,” about bullying and victims of public shaming, will be premiering next month.)

“American Crime Story: Impeachment” gives us an opportunity to contemplate forgiveness, redemption and renewal — all so pertinent in this time of the Jewish New Year. As we watch an utterly convincing onscreen Lewinsky experience cutting betrayals and earth-shattering lows, I find it very comforting to think of Lewinsky now. She is a living reminder that redemption does exist, for others and for ourselves, even after the darkest of times.