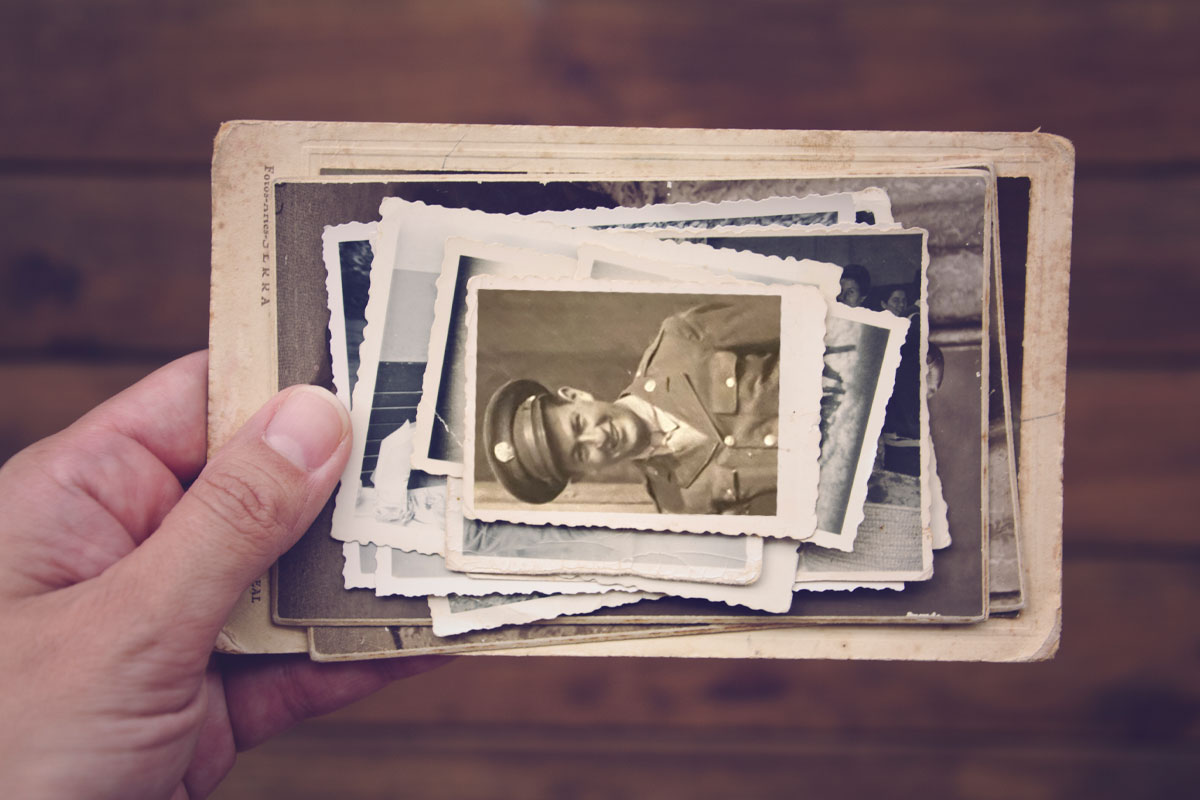 When my brother and I were young, our father used to dress up as the “Hanukkah Man.” He wore my mother’s fur jacket and a beard that bore a suspicious resemblance to the mop in our hall closet. Most importantly, he carried a bag full of presents.

Sure, it was an assimilationist attempt to imitate Santa, but all we knew was that our family now had its own celebration, its own traditions — and that made us special. This was important for us, children of refugee parents who had managed to escape Nazi Germany, find each other on a bench in Brooklyn’s Brighton Beach, marry and raise a family.

My father Walter was at its center: patient, loving and calm. Unlike my mother, he never raised his voice or threatened to punish us. At his standing-room-only funeral, eulogy after eulogy repeated the same adjective: “gentle.” As it turned out, “heroic” would have been a better fit.

Years after our father’s death, my brother and I, now with families of our own, attended a film screening of “The Ritchie Boys,” a documentary exploring the history and accomplishments of the Army special unit now credited with providing 60% of the tactical intelligence gathered during WWII. Sitting in this Westchester state-of-the-art theater watching the stark military footage, I remembered that my father, who rarely discussed his army experience, had in fact trained in the Military Intelligence Unit at Camp Ritchie. The next day, I went to the library and took out Bruce Henderson’s “Sons and Soldiers: The Jews Who Escaped the Nazis and Returned to Fight Hitler.” As soon as I got in my car, I turned to the appendix which listed the names of all the Ritchie Boys, and there it was: Walter Bonne.

And so began a journey to discover how this young Jewish boy from a wealthy Nuremberg Orthodox Jewish family became a war hero awarded the Purple Heart for injuries under fire.

Drafted in 1943, Walter was sent to Fort McClellan in Alabama. After two weeks, he was dispatched to Fort Ritchie in Maryland, where he was to attend classes in interrogation and espionage. I have an old black and white photo of my dad while he was still in Alabama. He proudly holds his bayonet in front of him, and he is smiling — but not the gentle smile I remember that appeared when he was happy or amused. The expression on his face was one that I only saw the few times he broke his silence to share stories of his wartime experience.

The first (and funniest) centered on the passwords used by soldiers on patrol to identify themselves as Americans. The code words that particular night were “thorny thistle,” a phrase my father, with his German-accented English, would never have been able to pronounce correctly. The commanding officer instructed his men, “Code tonight is ‘thorny thistle,’ and Bonne, you stay in.”

Another time when he actually was out on patrol, my father was stopped by U.S. soldiers who were suspicious of this same accent, even though Walter had identified himself as an American. “OK then, who won the World Series this year?” he was asked. Never a baseball fan, Walter replied that he did not know. “Well then, where do you live?” was the next query. When he replied with his address on New York City’s Upper West Side, the soldiers asked him what subway route he would take to get home from Times Square, and thus his life was spared.

These were stories of narrow escapes, laced with humor and some suspense, that preceded his capture in December 1944, when he was taken prisoner in  Belgium during the Battle of the Bulge. Walter was one of six Ritchie Boys forced to march to prison camp Stalag IX-B in Bad Orb, about thirty miles from Frankfurt. The camp held French, Italian, Serbian and Russian POWs. Conditions were terrible, and Stalag IXB ranks as one of the worst of the German camps. In 1945, as the Allied troops were advancing, the Germans abandoned the camp, and none of the POWs knew what was going on. Since my father was fluent in German and French, he was asked to go into town and find out.

Starving, dehydrated and exhausted, he managed to jump on an old, discarded bicycle and ride into town, where he found a restaurant and proceeded to order an omelette and a glass of red wine — for which, of course, he had no money to pay. When he saw the first American jeeps heading his way, my father said it was “the most beautiful sight in the world.” Perhaps it was those years of hardship and having to prove himself repeatedly that made it so important for him to secure his children’s place in this new world — to make them feel safe and secure, true citizens of this country he had fought so hard to protect.

And so my brother and I, nurtured by the traditions our father created, grew up as part of the “Baby Boom” generation. As Boomers, we knew all about military action. Born in the years following the nation’s great victory in World War II, our childhoods in the shadows of the Cold War, we came of age during the heavily-protested conflict in Vietnam. Villains, as my parents knew only too well, could be lying in wait, but somehow we always felt surrounded by heroes like the Ritchie Boys. And the Hanukkah Man.