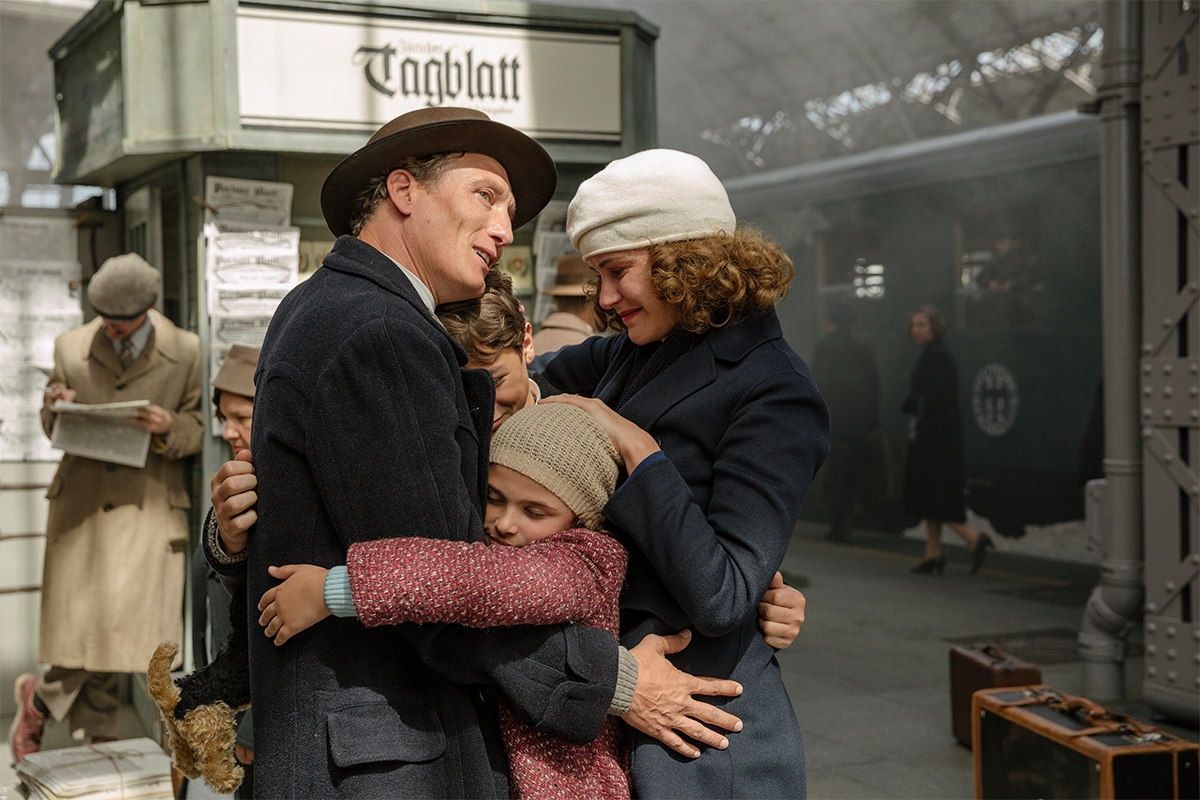 Judith Kerr’s internationally beloved children’s novel, “When Hitler Stole Pink Rabbit,” has a new movie adaptation, and it’s just as endearing and heartbreaking as the book. The novel, which has sold more than a million copies after being published in 1971, is the first in a semi-autobiographical trilogy that narrates the Kerr family’s experience as Jewish refugees from Nazi Germany. The story is told by 9-year-old Anna, who observes her parents’ fear, frustrations, and fury as the Nazi Party rises to power in Germany.

Kerr, the daughter of renowned theater critic Alfred Kerr and composer Julia Kerr, grew up in a suburb of Berlin with her older brother, Michael. Her family escaped Germany in 1933 after Alfred received a tip-off that his passport was going to be confiscated. Alfred, a secular Jew, was a vocal opponent of the Nazis with his own weekly show on German radio; his books were burned at a public event outside Berlin’s Humboldt University that year. The Kerr parents hid the Nazis’ increasing threats from their children, who remained unaware of the impending danger until their father escaped Germany to Prague. The children and their mother crossed the border to Switzerland, where they were reunited with Alfred, weeks after his escape. The Kerrs went on to Paris and eventually settled in Britain, where Kerr lived for 80 years until her death in May 2019 at age 96.

The movie, directed and co-written by acclaimed German filmmaker Caroline Link (“Nowhere in Africa“), premiered in Germany in 2019 and opens in U.S. theaters today. “When Hitler Stole Pink Rabbit” — the book — had served as Link’s introduction to Nazi Germany, where it was part of the school curriculum. “I remember I was very grateful to Judith Kerr that I didn’t have to be afraid of the story,” Link told London’s Jewish Chronicle. “It wasn’t one of those typical horrible stories about the brutality of the Nazis and about all the horrible things that happened to Jewish people at the time. For children that was almost too much to bear.”

Like Link, I read the novel as a child, although I was already well-acquainted with Kerr, who wrote and illustrated several quintessential British children’s books, notably “The Tiger Who Came to Tea,” which has been turned into a touring stage show and an animated TV program starring singer Robbie Williams. I was 10 when my dad gave me his old copy of “When Hitler Stole Pink Rabbit,” which he considered a gentle introduction to the Holocaust. He and my mom made a conscious decision not to raise me and my siblings in the shadow of the Holocaust, as they felt they had been by their respective Jewish communities. For instance, although my paternal grandfather was second-generation British, he was so scarred by the events of the Holocaust that he kept cyanide capsules in his closet in case history repeated itself.

Reading the book as a kid, I was swept away by the adventure of Anna’s journey, marvelling at how she navigated, with her trademark determination, the strange new school she attends in Switzerland — where boys throw pebbles at her as a sign of their affection — or the cramped flat in Paris with the creepy neighbor. The movie celebrates this epic journey with wide, scenic shots of rural Switzerland, where a wild-haired Anna plays freely, and the twinkling lights of Paris at Christmas.

There is so much joy in this film, in fact, that it’s been criticized for making light of a tragically dark time. “It aims to be a cozy Christmas film,” a review in Germany’s Jüdische Rundschau said. “This may be appropriate for this season, but not for the historical context of the story, which is so brutal and ugly.”

True, World War II and the Holocaust was undeniably brutal and ugly. But this take seems to disregard the autobiographical nature of both the book and the film, which was framed by Kerr’s real-life childhood impressions. While it’s unusual to read or watch a story set around the Holocaust where the characters escape (at least physically) unharmed, the omission of violence is precisely why “When Hitler Stole Pink Rabbit” is suitable for a young audience.

And yet, despite the absence of, say, armed SS guards, revisiting the story and watching “When Hitler Stole Pink Rabbit” as a parent was an unexpectedly harrowing experience. The are rare mentions of the events unfolding in Nazi Germany that I must have missed as a child — like when Anna’s father learns that a fellow Jewish professor was taken to a concentration camp, put in a kennel, and told to bark for food — which make them all the more shocking. Like Anna’s parents, I imagine, such references immediately transported me from the idyllic settings of France or Switzerland to dark corners of my imagination, where I struggled to comprehend the horrors described. 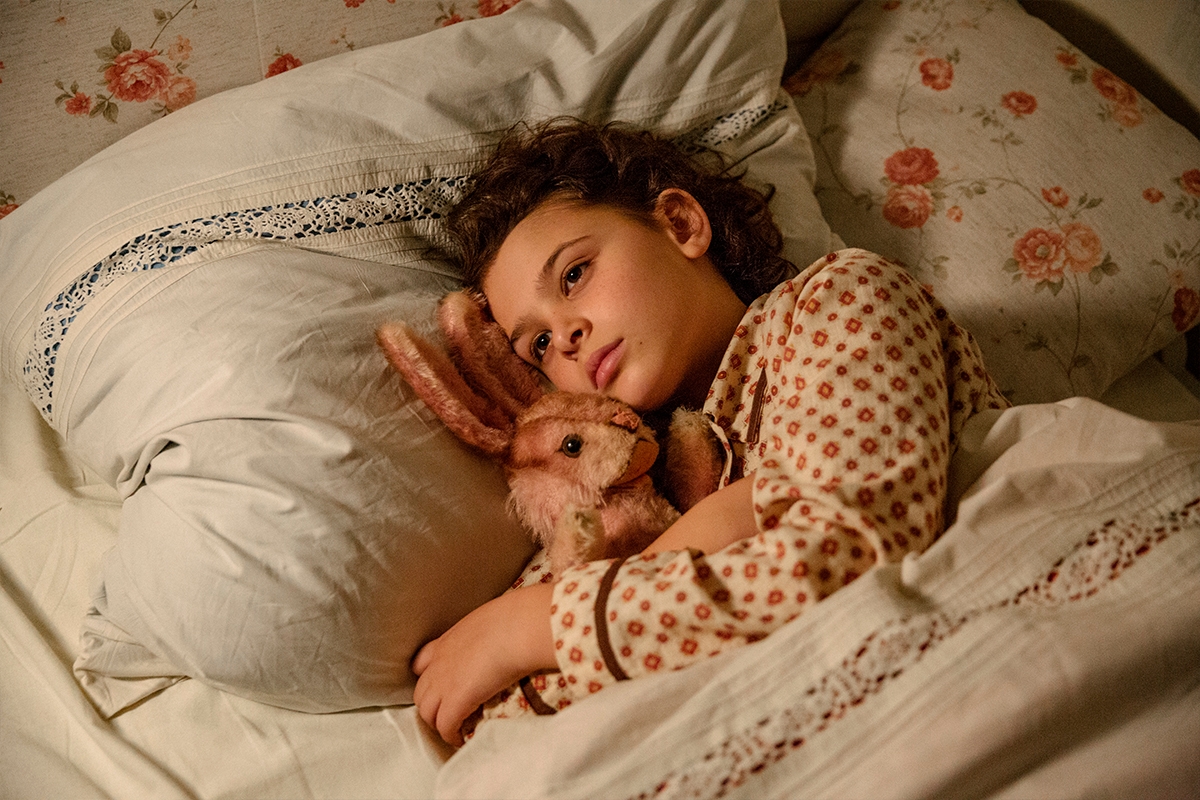 Instead of focusing on these tragedies, the film builds upon the tension between the family’s public and private lives — the day-to-day realities of raising two children interplays with an increasingly dark political climate. When Anna’s mom, Dorathea, instructs her and her brother not to say “a single, solitary word” to the passport-checking official on the train at the Swiss border, Anna — like most kids, frankly — takes this as another reason to whine. She is bored and squabbling with her brother, having already finished all the books she packed. Long journeys with young children are stressful at the best of times, never mind when you’re fleeing home to escape persecution. Dorothea’s agitation is only obvious when the camera closes in on her white knuckles, which grip her purse tightly as the inspector questions the family. Watching it, I wondered if I’d have the same resolve in that situation, if I’d be brave enough to stay calm to save my children.

Because the movie only alludes to the horrific events of the period, which are masked in half-understood conversations that Anna listens in on, “When Hitler Stole Pink Rabbit” is worthwhile viewing for the whole family. The only drawback to this adaptation — and it’s a big one —  is that non-German speakers require subtitles.

The domestic struggles that the film focuses on are far easier for a young audience to comprehend, and maybe even identify with. For example, as the family flees Germany, Anna laments not packing her beloved stuffed pink rabbit and becomes convinced that Hitler has taken it for himself (hence the title). The effects of the war and the family’s exile is told in the little details: we watch Anna’s normally reserved father run toward his family, teary eyed, to sweep them into a hug when they’re safely reunited in Zurich; we see Dorothea’s luxurious clothes become threadbare, with no hope of repair because money is tight; we experience the anger of Anna’s brother when his parents relocate the family to Paris, where he knows no one at his new school and doesn’t have the right sort of pants.

And yet, while we witness the family struggle, each in their own way, “When Hitler Stole Pink Rabbit” ends on a hopeful note. The family leave Paris for England with the hope of the BBC buying a play from Anna’s father, which will bring much-needed financial security. In contrast to their chaotic, teary departure from Berlin, the family takes this move in stride. The children reason that, having relocated twice before, they’ll be able to once more. It is a reminder of the resilience we all have buried inside us, of our ability to turn hardship into adventure — even if we have to fake it until we make it.