My Holocaust-Survivor Grandmother Found Happiness Everywhere. I See Her in My Daughter. – Kveller
Skip to Content Skip to Footer 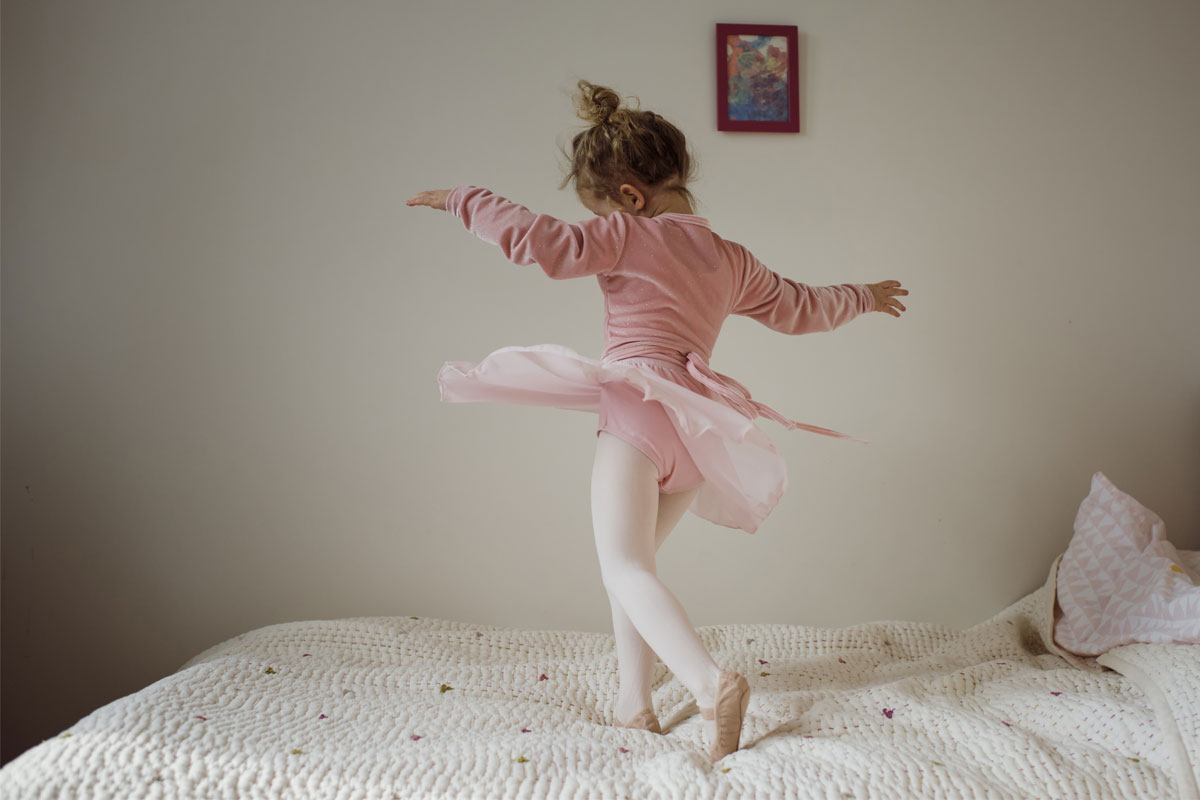 I was 10 years old when my mother cued up “Schindler’s List” on our VCR. To my sisters and me, she said, “You need to know what your grandmother went through.”

But the film’s images of suffering didn’t match what I knew of my paternal grandmother, Zelda: her joyful greeting of “mein bubeleh!”, the way she piled our plates with her homemade blintzes and left vivid red lipstick kiss marks on our cheeks. She never talked about losing her sister and her parents, never spoke of surviving multiple concentration camps as an orphan.

She had a bustling social life in her West Hollywood neighborhood. She danced at every opportunity and basked in the presence of her grandchildren like we were sunshine. When, on our wedding day, my husband smashed the glass under his foot and our guests shouted “mazel tov!”, Zelda told me afterward that the moment was “like the heavens opened.”

“Baby, you have to understand,” my dad said. “She survived the ghetto. The camps. And now she sees her youngest granddaughter get married? You know what it all means? She won. You’re her revenge against Hitler.”

As an adult I wanted to know more about Zelda’s past, so I pored over a transcript of her testimony, which she gave in the ‘90s. Just like after watching “Schindler’s List,” I was astonished that she could endure so much suffering, yet throw her arms wide open to life every day.

She was on my mind when my water broke on Zelda’s 87th birthday. A marathon labor followed by an emergency c-section made for a difficult postpartum recovery. Later, I marveled at my own stamina and resilience as a new mother, traits I attributed to Zelda’s blood flowing through my veins. “The strengths and skills of our ancestors are also a part of us,” writes Edith Eger, another Holocaust survivor. “It’s our legacy. It’s our prize, too.”

I realized when my dad used to say we were Zelda’s revenge against Hitler, he was right. The success and health of my family were her prize. But her resilience and joy were mine.

When the pandemic hit, I found surprising comfort in revisiting my grandmother’s story. As horrific as her experiences were, reading about them helped me process the fear I was steeped in. “You can get through this,” I told myself. Zelda had survived so much worse.

Before the pandemic, we celebrated her 90th birthday. At the party, there were blintzes — though not as good as hers. Folk musicians played the guitar and the accordion. Zelda left her walker behind and headed to the dance floor, slowly waving her hands over her head, chin lifted proudly, snapping her fingers to the music. She and my daughter, a preschooler at the time, danced together. Afterward, she often praised my daughter’s natural talent for dancing. “For one so young… this I have never seen,” she’d say in her heavily accented English.

I visited her once in 2020, in the summer. My father was hospitalized with COVID in May, but he’d hung on for weeks for Zelda’s sake. “She’s already been through so much — how could she bear losing a child?” he said over the phone. But I had spent months poring over her testimony of survival. I knew she would eventually open her arms to life again.

A few days after Dad died, I stood six feet away from Zelda in the parking lot of the Los Angeles Jewish Home. Instead of her usual vibrant colors, she wore all black. Her cotton mask kept falling down, revealing the absence of her signature bright lipstick. My sisters and I clasped our hands over our hearts and said, “I’m sorry,” again and again as Zelda put her wrinkled hand to her mouth and cried.

After that, Zelda and I spoke on the phone almost weekly. It wasn’t long before she was answering with her old, cheerful greeting, the way she could make “hello!” sound like a little song. But six months later, she was in and out of the hospital. When I called Zelda on her birthday, she was confused, and I couldn’t understand her garbled words. I hung up the phone in tears. Three days later, she was gone.

The pandemic, political turmoil and the climate crisis have me anxious about the future we’re creating for my daughter, now a kindergartener. Dystopian images fill my head. What will she have to survive in her lifetime?

A few weeks after Zelda’s funeral, we were playing Stevie Wonder on the record player. My daughter, Zadie — we named her after Zelda in the Jewish tradition, using the first letter of her name — had never heard Stevie Wonder. But when “Superstition” came on, the music electrified her. She boogied around the living room, her chin lifted, her tangled brown hair swinging. I remembered then: Zelda’s legacy is my daughter’s prize, too. Even through the unimaginable, Zadie will carry on. She’ll dance. We both will.