My Jewish Father Volunteered at Ground Zero. Here's How We're Honoring Him Now. – Kveller
Skip to Content Skip to Footer

My Jewish Father Volunteered at Ground Zero. Here’s How We’re Honoring Him Now. 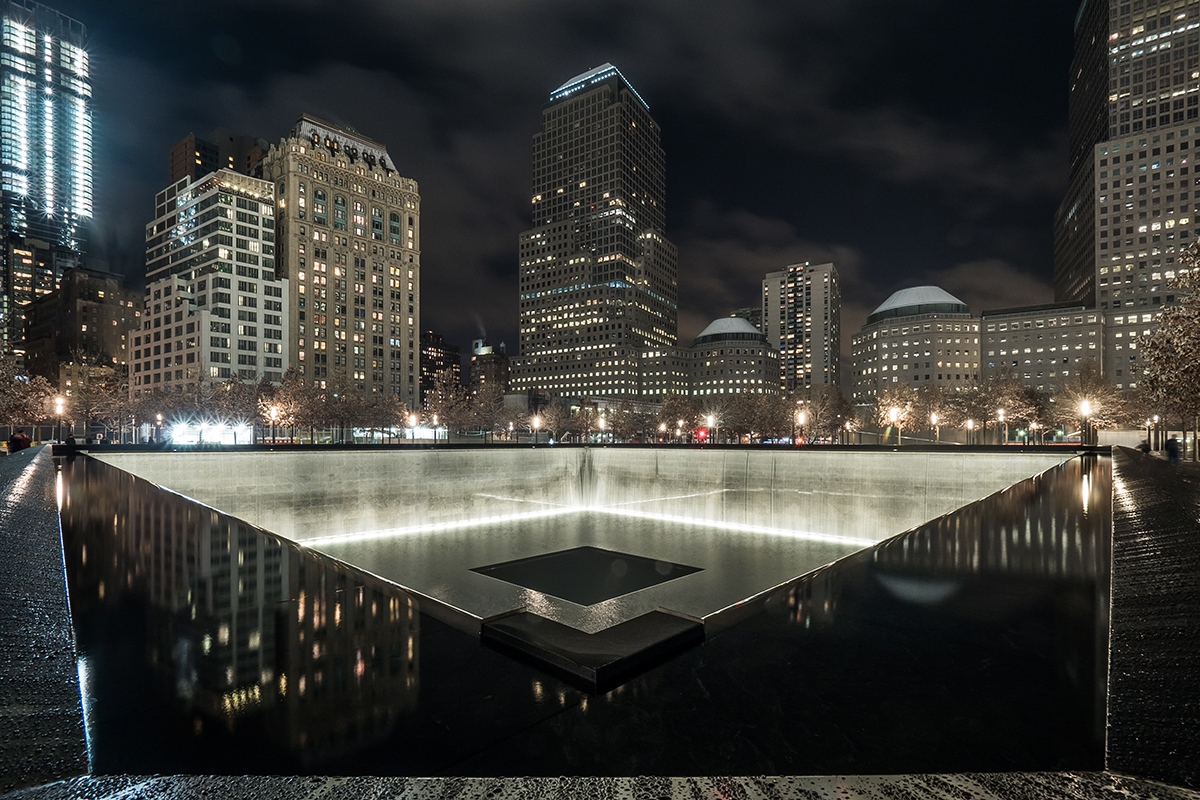 My father, Michael Horen, was an artist by training and a graphic designer by profession. But the word I most often use to describe him is “humanitarian.” That’s not because he ever did any international aid work, but because throughout his life, he really sought to make connections with others — with an ear to how he could help.

When families from the Former Soviet Union started attending our synagogue in Riverdale, New York in the ’90s, my parents were among the first to invite them for Shabbat meals. Over one such lunch, my father learned about an upcoming bat mitzvah of a child and immediately offered to create the welcome sign-in board tailored to the whims of that kid who was in a moment of transition. These small acts of connection and kindness were in my father’s nature, but his path towards observant Judaism as an adult also gave him a religious and cultural framework for his activism. He deeply believed in the Jewish values of chesed, caring for others; tzedakah, giving what you could and being a mensch — an upstanding citizen who contributes to a better world.

His last job before retiring was as the director of special projects at a telecom business. One of his projects was operating a kosher soup van; he drove it several times a week to help feed the homeless in Newark. I loved riding with him in that van during my school breaks and seeing my dad in action. It was during this time, 20 years ago on September 11, 2001, that my father looked out of the large windows in his office in Newark and watched the Twin Towers burn and collapse.

My dad told me that, as he watched the horrors of that day unfold, he experienced a mix of emotions — disbelief, panic and, very soon, a desire to help and to connect. For the next month and a half, his company dedicated that kosher soup van to serving meals to first responders at Ground Zero. Five days a week, my father spent hours queuing up to get into Lower Manhattan to help those who were helping others by bringing 400 meals a day to feed police, firefighters, volunteers and anyone who needed a kosher meal. At the time, I was 19 and studying in Israel, and for the first time the tables were turned — I was worried about my dad. But I was also proud of him and I knew his heart was telling him where he needed to be.

It’s hard to believe that was 20 years ago — so much has changed in my life and across the globe. I moved from Israel to New York to California, and have been settled in Boston for the last 16 years. I’ve found a partner I love, as well as a pluralistic Jewish community that I love on a personal and professional level. I’m a mom of two kids whom I’m trying to both protect from the harsh parts of the world (pandemic, terrorism and wars) and motivate them to positively impact the world.

In 2009, my dad was diagnosed with Chronic Lymphocytic Leukemia (CLL) during a routine checkup — a surprise, as we had no family history of this terrible disease. He started to work with a team of doctors to monitor his white blood count twice a year and for many years he was stable, though the possibility of his condition worsening always loomed in the background.

In 2018, a family friend who knew about my father’s condition, as well as his service at Ground Zero, suggested a possible connection between the two. It was just around that time that the September 11 Victim Compensation Fund extended medical benefits to affected individuals until the year 2090. My mother and father began researching and, among the long list of acknowledged illnesses associated with people who had been at Ground Zero and “the Zone” (anything below Canal Street) in the months following 9/11, they found my father’s condition, CLL.

My parents raised this issue with his doctors, who verified that his health issues were squarely aligned with those who had prolonged exposure to the toxic air in Lower Manhattan after the terrorist attacks. My dad, though a bit reluctant — because the helpers never find it easy to accept help themselves — registered with the WTC Health Registry and with the Victims Compensation Fund. I remember asking him if he regretted his actions, which had put himself in danger. He didn’t hesitate with his response. “Not for a moment — people needed help,” he said. “I’d do it again.”

The WTC Health Registry provides medical monitoring and treatment for related health conditions for 9/11 responders and survivors, and enables people to register for the Victims Compensation Fund. The Victims Compensation Fund is a federally-funded program that was established to compensate for physical harm or death caused by the terrorist attacks on that day. It provides remuneration to individuals (or representatives of a deceased individual) who were present at one of the areas targeted in the attacks and have since been diagnosed with a 9/11-related illness. Many people incorrectly assume that the fund, which is administered by the U.S. Department of Justice, is limited to first responders. But all of its services and resources are available to anyone who worked or volunteered (or even lived or went to school) in the exposure zone through May 30, 2002. The CDC estimates that the September 11, 2001 attacks exposed 500,000 people to toxic contaminants and emotionally stressful conditions — there are now 105,272 members enrolled in the World Trade Center Health Program.

In early 2019, my dad’s CLL worsened and he needed chemotherapy. It was a scary time for our family — six weeks into his treatment, we gathered for Passover, my dad’s favorite holiday, and he didn’t have the strength to make it to the seder table. A few months later he seemed to be on the mend; my parents even enjoyed two weeks of travel in Europe. But then, in the last few days of 2019, my dad’s health took a turn for the worse. He had been feeling quite sick and went into the hospital. He was diagnosed this time with Acute Myeloid Leukemia (AML), an aggressive and fatal form of leukemia. A few days later, on January 1, 2020, my dad, age 78, became one of the nearly 4,000 people who have died from illnesses related to 9/11.

In honor of him, my family is trying to spread the word that help is available to those affected to cover the costs of health treatment. If you or a loved one or friend spent time volunteering near Ground Zero, please register with both the WTC Health Registry and the 9/11 Victim Compensation Fund and read up about the differences here.

Even though my dad is gone, I talk about him constantly with my kids, who are now 9 and almost 5. We love to discuss our shared memories of the funny things he used to say, his favorite ice cream order (maple butter walnut in a waffle cone), my memories of the bedtime stories he told me at their ages and the excitement he had when he learned that each of them were on the way. But one story I haven’t really talked to them about is his connection to 9/11. Maybe this year, on the 20th anniversary of this terrible day, I’ll find the courage to do so. And I hope that, as a family, we can continue to spread the word about our unsung heroes, the values that motivated them to lend a hand, and the support out there for them and their loved ones.