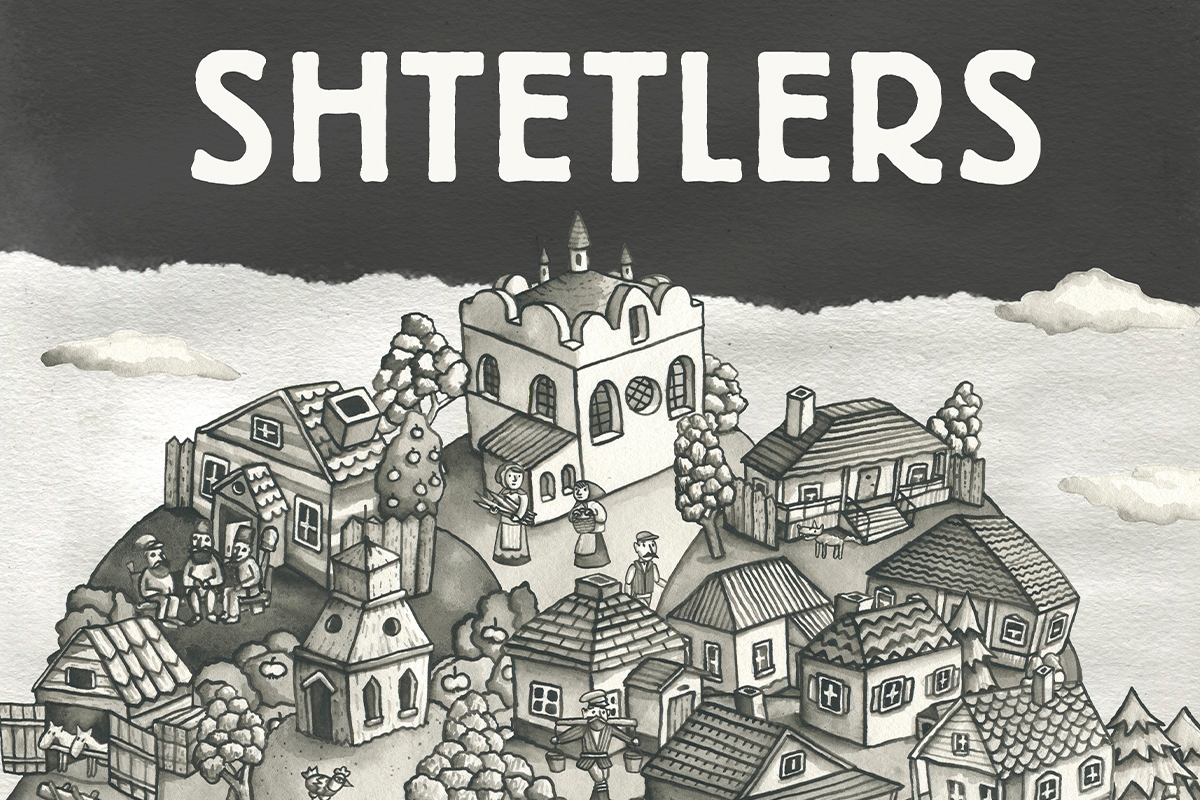 For many American Jews, when we hear the word “shtetl,” our minds immediately turn to Fiddler on the Roof. The 1964 hit Broadway musical and 1971 film is set in Anatevka, a fictional shtetl that depicts an insular, homogenous community in Ukraine in 1905.

It’s no surprise that the story of Tevye and company resonates with so many of us, as it so beautifully details shtetl life but ultimately ends with — spoiler alert! — the family becoming displaced by pogroms and moving to America. Between 1900 and 1924, some 2 million Jews fled to the United States, the majority from the Pale of Settlement — the Eastern European region that included Russian Poland, Lithuania, Belarus (Belorussia), most of Ukraine, the Crimean Peninsula, and Bessarabia. Among those Jews who remained, many fell victims to antisemitic violence, the Holocaust, and the suppression of Judaism in the Soviet era.

But here’s a little — and perhaps unexpected — history lesson: Not every shtetl shared this tragic fate.

No, this isn’t a setup for a novel (though if your interest is piqued, be sure to check out The Lost Shetl, Max Gross’s excellent book about a fictional Jewish town that mysteriously survived the century’s many tumults). Despite the exodus of Jews from the Pale of Settlement in the early 1900s, some Jewish shtetls in Ukraine and Moldova survived until the 1970s — and a few even remained up until the collapse of the Soviet Union in the 1990s.

An intriguing new documentary by Katya Ustinova, Shtetlers, paints a picture of what life was like in these forgotten Jewish towns, as told through the eyes of nine people who lived in them. The film, which premiered this week at Russian Film Week USA, explores a history that is both revelatory and tragic. Ultimately, Ustinova shows that shtetls were a place of deep culture and of “neighborship,” as she called it.

“I hope Shtetlers would attract people interested in their East European Jewish roots,” Ustinova told Kveller. “After all, 75 percent of people identifying as Jews came from this region.”

Ustinova, a New York-based filmmaker with a degree in Social Documentary from the School of Visual Arts in NYC, grew up in Moscow in what she calls a “literary family.” While her playwright grandfather was Jewish, her family did not engage with their Jewish identity much until her father, a businessman and art collector, founded the Museum of Jewish History in Russia in Moscow in 2012.

Upon discovering modern artifacts from Jewish shtetls, Ustinova and her father realized that shtetls lived and thrived longer than they had realized. Paraphrasing Eat, Pray, Love author Elizabeth Gilbert, Ustinova told Kveller “some stories are just waiting to be told.”

She added: “No one in the U.S. would think to tell stories about shtetls.”

But Soviet Jews, Ustinova realized, were eager to share their experiences with shtetl life. And so, in 2015, the filmmaker visited several shtetl residents who have since scattered across the globe.

The first couple that Shtetlers focuses on — Volodya and Nadya — are not Jewish. They are Ukrainian farm workers who still live in a former Ukrainian shtetl. They had such fond memories of their neighbors that they began to adopt Jewish customs, like making matzah brei. Now in their 70s, they live in a home that used to belong to Jews — they even kiss the mezuzah when they enter. Volodya reminisces that his Jewish neighbors were “the first to help” with matters of intellect or money. (Yes there may be some stereotyping there — perhaps due to faulty translation, as the film Russian with English subtitles — but aww.)

Another character, Vladimir, converted to Judaism after his mother, who is honored in Israel’s Yad Vashem Holocaust Memorial as a Righteous Among Nations, sheltered dozens of Jews during the Holocaust. He reflects on spending lots of time with his Jewish neighbors in the shtetl, and how Jewish culture was so central to his own community that his non-Jewish mother baked challah while he was growing up. Vladimir now lives in the West Bank and began an Orthodox Jewish family, which now includes grandchildren.

Isaac, who was 95 when he was filmed, grew up nonreligious with Jewish roots in a Ukrainian shtetl. While Isaac was a “pioneer” — or, member of the Communist Youth Organization — which forbade any practice of religion, his Jewish grandfather insisted that he have a bar mitzvah ceremony. Remarkably, Isaac also fought for the Soviet Union during World War II — eventually a chief of staff of a battalion, fighting on the same front as his brother, Boris. Isaac notes, “More than 200,000 Soviet officers were Jewish. It just got acknowledged recently.”

Incredibly, Isaac did not share the fate of many fellow Jews during this era — like Emily, who tells the story of narrowly escaping a concentration camp during the Holocaust. She grew up in a Ukrainian town, Khmelnik, whose Jewish community dates to 1565. In a clip on the Shtetlers Instagram page, Emily tells of the loyalty of her friend, the non-Jewish sister of a Ukrainian police chief, who brought her family food while they were in hiding.

Sadly, in the five years since most of the filming took place, many of Shtetlers’ subjects, including Emily, have passed away. As such, Ustinova feels even more lucky to have captured their words and faces on camera. Ultimately, the film celebrates the spectrum of experiences of Soviet Jews, and as Ustinova said, it demonstrates to American audiences “that the world of their ancestors actually outlived Fiddler on the Roof and the war and the Soviet Union.”

Ustinova is hosting a Q&A with Russian Film Week today, Wednesday, at 8 p.m. which is free to register for here. While the film is still in the festival run, you can see it by registering for Russian Film Week, and Ustinova hopes the film will be released in Video on Demand in the US soon. To watch more clips from Shtetlers, including some that didn’t make it into the film, you can check out the film’s Instagram page here.