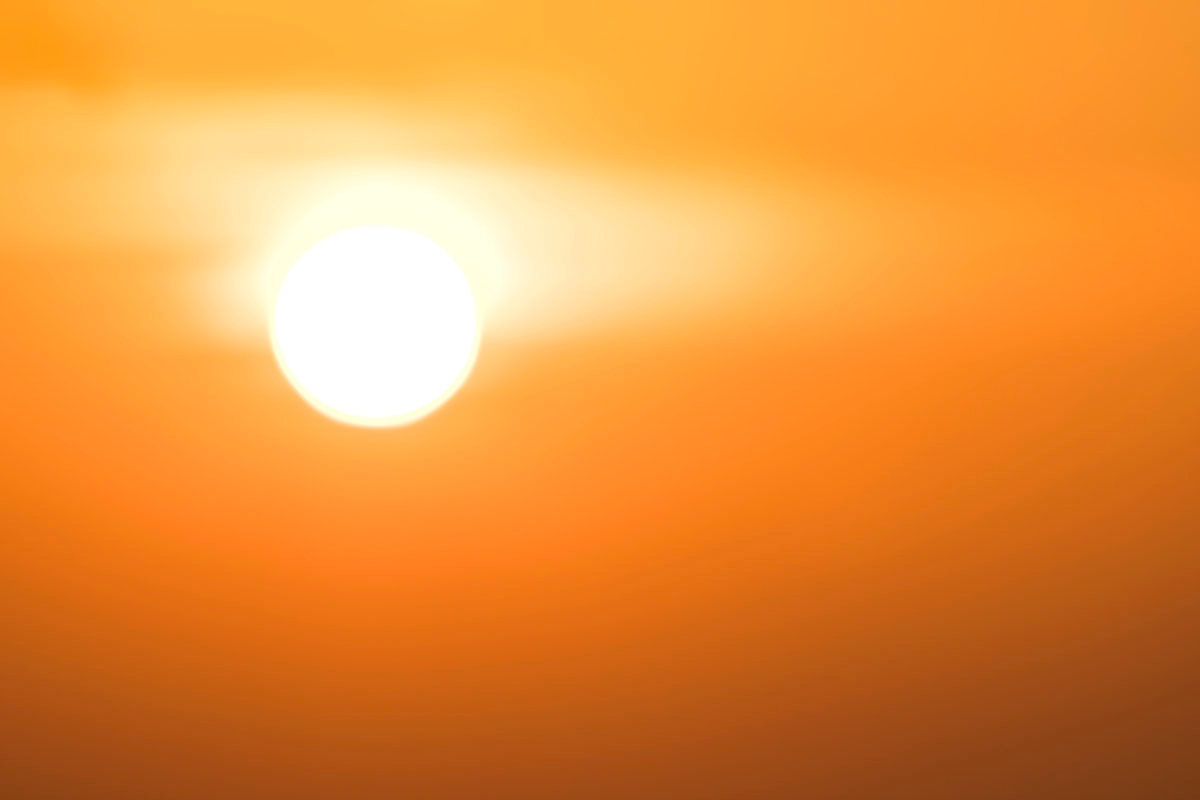 The intense heat waves that scorched the West in recent weeks, including one that sent temperatures in Portland, Seattle and Vancouver near or over 110 degrees, should be taken as a harbinger of a hot, perilous future.

Scientists announced in early July that the extreme temperatures are directly linked to our warming climate, and the likelihood of future heat waves is increasing exponentially.

In short, climate change is here. And it’s going to get hotter.

I’d like to offer a few tips on surviving the heat from my own experience living in Israel, where unrelenting sun and scorching heat are an unavoidable fact of life for six months out of the year.

I moved with my family two years ago from New York. We used to think about summer as a time to enjoy the outdoors in ways that weren’t possible at other times during the year.

In Israel, we discovered, summer is just the opposite: a time to stay indoors and shelter from the elements. We learned some of our lessons the hard way: through sickness, sweat and tears. My 11-year-old son gets dehydrated to the point of throwing up so often that we’re constantly needling him to drink, much to his irritation. We’ve given up trying to go hiking in the summer; it’s just not pleasant. Even walking 10 minutes to my daughter’s daycare requires a hat and sunglasses.

While some of the precautions below may seem obvious, I’m often astounded by how commonly people from colder climes ignore basic safeguards and end up suffering severe consequences: dehydration, sunstroke and even death.

It might not be extremely hot yet wherever you live, but it’s coming. Here are some of the best strategies to beat the heat that I’ve picked up since moving to Israel.

1. Plan around the heat

Summer in Israel is in some ways like winter in the Northeast: Because of the extreme weather, many outdoor activities are difficult or impossible. But in this case, the hindrance is excessive heat, not cold and snow.

Even on a relatively mild Israeli summer day, strenuous outdoor activity during peak hours is practically impossible. The sun may be 93,000,000 miles away, but the unforgiving Middle Eastern sun feels like it’s hanging right over your head, and temperatures often reach the high 90s.

You don’t have to give up the outdoors entirely in summer, but plan your outside time wisely. If you’re going to do something strenuous, like exercise, do it in the early morning or evening, when it’s cooler. I recently bought a high-powered bike lamp so I can cycle at night.

When picking outdoor adventures for the family, I always seek water: the beach, a lake, a water hike. I also plan these outings around the weather forecast, avoiding days with extreme heat. When the mercury hit 117 during a heat wave a year ago, I stayed indoors for days (though honestly it didn’t feel a degree hotter than 113).

I harbor a futile hope that one day Israel’s Education Ministry will see the light and shift school vacation from July and August to September and October. The weather would be cooler, the Jewish holidays would be covered and it would give families opportunities to enjoy off-peak pricing for their vacations.

When I went to high school in New York, the kids in my class used to compete over who could return from vacation with the deepest tan, going as far as wearing light-colored clothing to highlight their skin tone.

Ah, how foolish we were. Living in a place where the sun blazes unencumbered by clouds for about six months during the year, I learned quickly that the sun is not my friend. I cross streets to find shade. I go nowhere without a hat, sunglasses and water. For swimming, I use bathing suits that cover more, not less (including swimmy shirts, also known as rash guards). I try to avoid wearing dark shirts, which absorb the heat.

When it comes to sunscreen, we use mineral rather than chemical — which leaches chemicals into your bloodstream — and we smear rather than spray (aerosols can be harmful when inhaled and spraying tends to waste much of the product into the air). When applying sunscreen, don’t forget to hit all the easily forgotten spots: the back of your neck, any part of your upper chest that’s showing, your ears, even your feet if they’re exposed.

If you have kids, always check your car before exiting it to make sure you haven’t left a sleeping kid there. Dozens of U.S. children die every year from being left accidentally in parked cars.

When the sun is shining, I close my shades. This won’t just keep your home cooler, it will also prevent the sun from bleaching your furniture. My wife and I bought two identical dark-gray sofas three years ago, but after moving to Israel and placing one near the window, one is now a ghastly shade of off-gray.

If you live in a house, plant trees and bushes strategically to benefit from their shade. Insulate your walls properly to provide a protective layer against the weather, cold or hot.

And don’t forget that the blazing sun has benefits: Since the 1970s, practically every building in Israel has had solar-powered water heaters. With new technology that makes solar panels more efficient, plus tax incentives, now may be the right time to consider installing solar panels on your property if you’re able.

4. Fans are your friends

Air conditioners may be indispensable, but that doesn’t mean you shouldn’t use fans, too. Having ceiling fans will keep you cool without having to crank the a/c up to the max. I’ve become an evangelist for window fans, which fit into windows to draw outside air in. It’s a low-cost method of cooling your home in the evening and night, when outside temperatures have fallen but it’s still warm indoors.

When you do use a/c, adhere to the basics: Make sure it’s an efficient unit, suits your room or home size, and is surrounded by tight seals to keep the cool air in and the hot air out. If you don’t have central a/c, ductless air conditioners are preferred over window units. It’s more expensive in the short-term but their efficiency and effectiveness will pay off over time.

This seems so basic but it’s often neglected. Water helps keep your body cool. Monitoring the color of your urine can help you determine whether you’re sufficiently hydrated: The darker your urine, the more dehydrated you are. When it’s hot outside, you should really be aiming for clear pee. If it’s really hot, minimize alcohol consumption to avoid getting sick.

Many people harbor the misconception that with enough water, sunscreen and a hat, you’re protected. Wrong. If temperatures are hot enough, or the physical activity you’re doing is too taxing, your body simply won’t be able to sweat enough to keep you cool.

The dangers here are considerable. Last month, a top infantry commander in the Israel Defense Forces’ Nahal brigade, Col. Sharon Asman, collapsed and died after exercising. He was 43. The perils are significantly higher for infants and seniors, whose bodies can’t cool themselves as efficiently.

The path from dehydration to death can be very short. You can get dehydrated even while wandering city streets. If you’re out and your skin feels hot, stop whatever you’re doing and go inside to cool down. I find cold showers in the Israeli summer to be a blessing.

Drinking water is super important (see #5) but don’t forget that certain foods can also help keep you hydrated, including watermelon (the name says it all), cucumbers and strawberries. Finally, eat lots of ice cream! It may not help, but it certainly can’t hurt. (Eh, who am I kidding? Ice cream helps with everything.)