My Jewish Parents Chose Their Final Resting Place: An Urn from Costco – Kveller
Skip to Content Skip to Footer

My Jewish Parents Chose Their Final Resting Place: An Urn from Costco 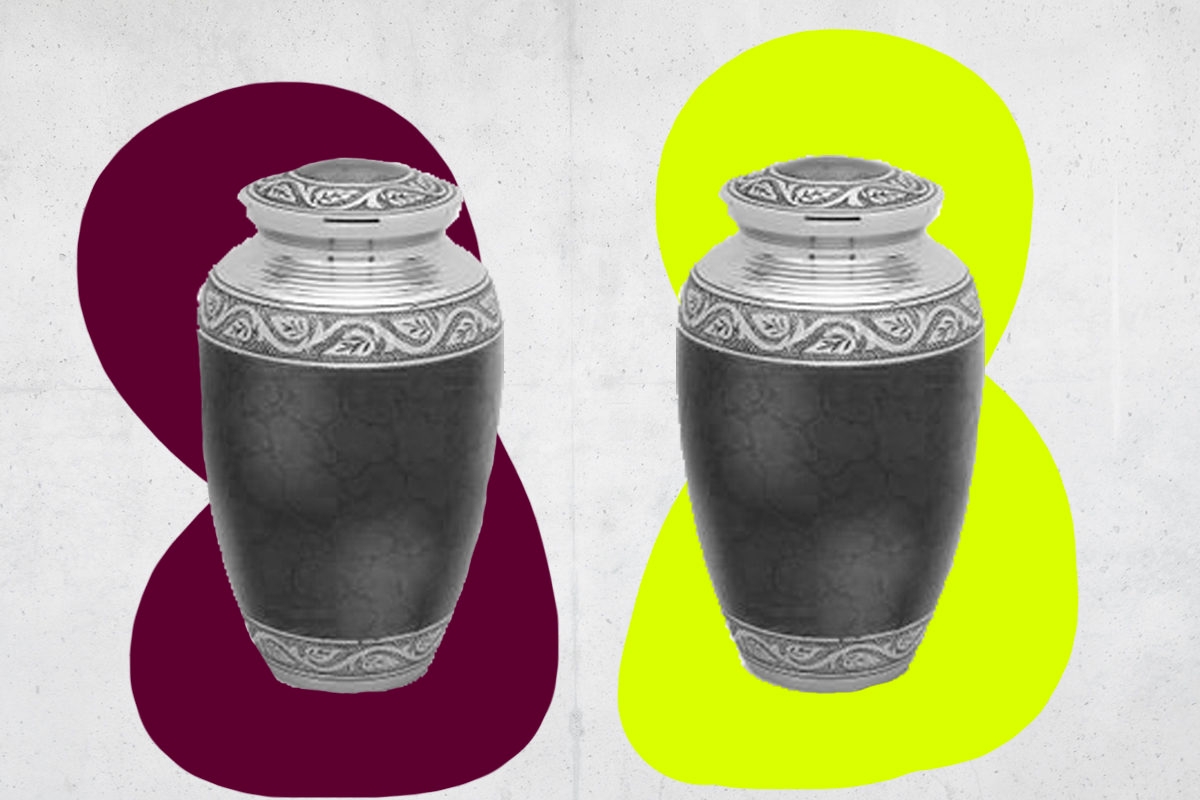 In an episode of The Kominsky Method on Netflix, Sandy and Norman, played by Michael Douglas and Alan Arkin, planned a funeral for Norman’s deceased wife, who’d specified a coffin made of driftwood, or timber from a sunken ship.

Fortunately, my elderly parents’ requirements were way simpler: They wanted an urn from Costco.

In spring of last year, I received an email from my mother with a picture of a burial urn from their website. Apparently, Costco really sells everything! “What do you think of this?” she asked.

Thankfully, I inherited my sense of humor from my witty mom. So I emailed her back a potential shopping list: mango peach salsa, three-pack of Centrum Silver vitamins, Kirkland bran cereal, burial urns.

That was that, but a few months later, when my mother, Rita, 86, and my father, Allen, 93, visited New York to celebrate my 60th birthday, they spent the day with my older sister, Lisa, and me. Sitting in Taboonette, a tiny Middle Eastern restaurant, they broached the topic again.

“So, we want to talk about what happens when one of us dies,” my mother announced.

I glanced at my sister, giggling nervously while tahini dripped between my fingers. She had just taken a picture of our folks. “Can I post this on Facebook?” Lisa asked. “Caption: Sitting at lunch in the West Village while discussing my parents’ demise.”

In the book Let’s Talk About Death (Over Dinner) by Michael Hebb, he encouraged people to have a meal with family to discuss your wishes about how you want to spend your last days. My parents chose lunch over dinner, skipped the appetizers, and went right to their funerals.

I’m very comfortable with denial, so I didn’t want to think about any of this. My father’s sister had made it to 100, and three maternal grandparents lived into their late 90s. My parents are in good health and both look younger than they are. Notably, they also lack the “Jewish guilt” gene — this particular conversation bomb wasn’t intended to worry my sister and me. Rather, it was a typically protective act: They would never want to leave us with an unpleasant job.

Sitting in the cafe, my parents wanted specific plans, not sarcasm. No one in our family had been cremated before, since Jewish custom prohibited desecrating the human body. In our family, when someone died, the burial was arranged within the customary two days, and then we ate deli and sat shiva for a week. But my parents — more practical than religious — had already decided on cremation.

My mother asked our opinion where the service should be. I tried not to assume which parent would be the surviving one alone in Florida, where they have lived full-time for five years, after 25 years of being snowbirds from New Jersey. I was unable to imagine one without the other.

“We can do it in New York,” my mother suggested. “We’ve bought a cremation plan. It’s extra for the rabbi, but we don’t need one.”

“All those years of Hebrew School and Yom Kippur services and now you don’t even want a rabbi?” I joked. But I was only half kidding — I realized that this was a situation where I actually wanted clergy.

I thought how strange it would be to have a service with no casket. I questioned what we’d do with the ashes. “Who will keep the urns in their homes?” I asked.

“None of you, it wouldn’t match the furniture,” my mother answered. “Besides, Dad wants the honor of being buried at Arlington. We can be there together.” Dad, after being a World War II war hero with a purple heart, silver star, and other medals, spent his entire career in the Army Civilian Service. We were all proud of that, so Lisa and I promised we’d bring the urns to Washington, D.C. for interment after they both were gone.

Joking had always been the way our family got through difficult events, and since our youngest sister, Meredith, was absent, I knew we’d turn this into a good story for her. Yet our lighthearted banter over lunch masked deep discomfort: I didn’t want to “try on” the pain of losing my mom and dad. Though I am a mother to grown sons, I still spoke to my parents daily. I still felt the shield of being treasured and cared for. I knew I was fortunate to have both my mother and father at 60, yet I noticed things were changing. I snapped at my mother when I had to repeat something she didn’t hear. I was impatient with her walking at a slow pace. My dad napped often.

Five months after their visit, when they were back in Florida, I got a call: They’d been in a horrific car accident. Their car flipped, and so did their lives. My mother broke her ribs and her spine; my father fractured his pelvis, eight ribs, and needed chest surgery. They spent their first time apart in 20 years in separate trauma units. I flew down immediately, guilty that I could have lost them and hadn’t visited them since their trip to New York.

I bounced between hospital rooms in shock. Miraculously, my mother was released after several days, while my dad was sent to recuperate in rehab. Now, it was my turn to be the adult: I cooked meals, arranged for aides, dealt with car insurance, drove them to doctors, called about hospital bills, and installed an “I’ve Fallen and Can’t Get Up” alarm.

Yes, we already had the funeral talk, but we hadn’t considered the years in between. Now we needed to discuss finances, disability coverage, and possibly the most difficult subject of all: the car keys. With their Hyundai totaled and their health declining, they agreed to hold off on driving for the time being. I didn’t know if revealing how worried I was about them would make them feel loved, or more afraid. My mother’s post-crash fragility gutted me. Now I understood that no amount of planning or denial would ease the anguish of losing a parent. I was anxious about being so far away, imagining getting THE CALL. I hid in their garage sobbing.

I didn’t want her to see how exhausted and stressed I was. But when I came inside with my face puffy and red, there was no hiding it. It was difficult for her to accept the help when she was used to giving it.

“I must have done something right,” my mother said, as I helped her into bed that night.

“You did everything right,” I replied.

After days of being a caregiver, my parents’ health improved enough for me to leave. I got back to New York, and my mother called the next morning. “Hello, darling daughter. Are you home safe?”

“I can’t thank you enough for what you did here. I know it’s hard for you to come but we won’t be able to travel anymore,” my mother said. “I’m glad we got to go to D.C. last year for the family reunion. I guess that was our last time.”

“You’re bad,” she said, cracking up. I didn’t need to verbalize how I felt about her and my dad — they already knew. So instead, I communicated in the vernacular of our family: I made her laugh. 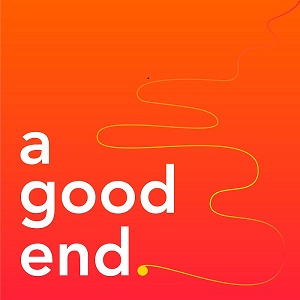 This series is produced in partnership with MJHS Health System and What Matters and is generously supported by UJA-Federation of New York to raise awareness and facilitate conversations about end of life care in a Jewish context.