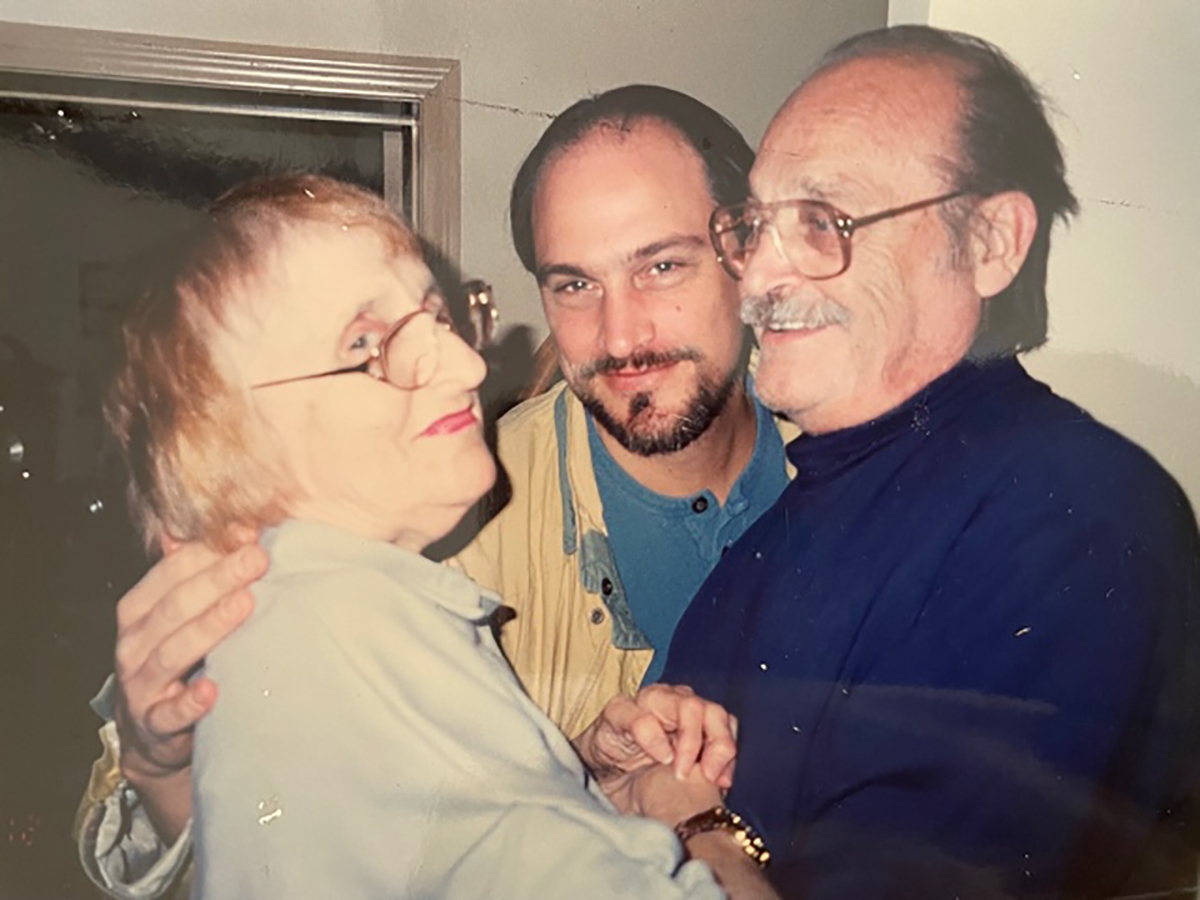 By the time my boys were 9 and 5, I’d come to really dread Hanukkah. It’s not like I liked Christmas that much, either. The whole holiday season had become an increasingly challenging Tough Mudder that my Protestant wife and I had to negotiate each year with our two growing boys. Intending not to favor one religion over the other, we usually tried to give equal time and weight to both. This was, of course, a very difficult proposition in the face of the rollicking juggernaut that is Christmas, despite the fact that it lasts, officially, a little more than a day, while Hanukkah goes on for eight nights.

While Christmas always seemed overwhelming and fraught with expectation, at least it was a known quantity. There was never a doubt about when it would occur, and there was never any chance that it would conflict with anything else in our lives. The world stopped for a day, and we knew when that day would be.

Hanukkah, on the other hand, was always a moving target. One year it was late December; another year it was right after Thanksgiving. The worst was when it exactly coincided with Christmas. And while Christmas was pretty much a single, concentrated sprint, Hanukkah was this grueling marathon that we had to go through while working, shopping, taking the kids to school and ferrying them to sports and lessons.

Moses and Jacob did seem to like the lighting of candles and chanting of prayers, the consumption of latkes and chocolate gelt, and the spinning of dreidels (electronic and analog). But it was hard to keep up the enthusiasm day after day. And, as the Jewish father, it was really hard to come up with reasonable, but not laughable, Hanukkah gifts for two boys year after year, knowing that there would be a Christmas tree skirt and Christmas stockings filled with gifts for them.

And this was made especially difficult by the annual arrival of the box from California. From the time my older son was born, my parents, who had moved to San Jose back when I was in college, had waged a relentless long-distance lobbying effort for the celebration of Hanukkah. Every year, they would ship us a box of eight individually wrapped gifts for each boy, labeled with the appropriate night of the holiday. (Never mind that when I was growing up, I received exactly one gift for Hanukkah.) Naturally, I felt compelled to present these gifts with the appropriate amount of enthusiasm and Hanukkah hoopla each night.

Then, just after Moses turned 9, the unthinkable happened. My parents, who had sworn they’d never leave California, decided to move back east, to an apartment about 45 minutes away from our home in New Jersey.

Stricken with polio at age 17, my mother had walked with canes and braces for decades, but while I was growing up, few things could stop her: she swam, gardened, drove a car and held down jobs. But my parents’ move back east forced me to face the reality of her condition. Now over 70, suffering from arthritis and post-polio syndrome, she was spending most of her time in a motorized wheelchair.

“Your mother is getting worse and worse,” my father would say. “If anything happens to me, she’ll need round-the-clock care!”

I would nod, but I didn’t really believe him. When I took the boys to see them in their new apartment, they both seemed lively and chipper, engaged in all sorts of activities. I was convinced that if she’d only stand up and walk around more, she’d get stronger and be less dependent on her wheelchair. And I often told her that.

My parents’ move likewise changed the reality of Hanukkah for my boys. Instead of receiving a box in the mail with individually wrapped, carefully labeled small gifts, they suddenly found themselves with actual Jewish grandparents at Hanukkah. This made them something of a novelty in our town, which, unlike much of northeastern New Jersey, had relatively few Jews. Their teachers were eager to have an Authentic Jewish Grandparent come to their classes to explain this somewhat austere alternative to Christmas.

For reasons of mobility, this job fell to my father. There was a small irony in this fact: My father loved Yiddish, Jewish food and Jewish humor, but was something of a skeptic who leaned agnostic. Yet there he was gamely rushing around, buying the latest Hess trucks for my boys, and running to their schools with dreidels, gelt and menorahs to explain to all my sons’ Christian and Hindu and Muslim friends what Hanukkah was all about.

Other than a few fuzzy pre-digital photos, I didn’t get to see him speaking to Moses’s third grade class or lighting the candles in the church basement where Jacob’s kindergarten class met.

But I did get to see him and my mother at the Hanukkah celebration at the independent living home they had recently moved to. We were taking a break from the entertainment, an older lady with an unsteady voice singing schmaltzy Hebrew and Yiddish songs and telling corny jokes. My father said, “Come on upstairs, I have a Hanukkah surprise for you.”

No one ever gave me a Hanukkah gift any more; even my parents had stopped years before.  I wondered what it could be: another of the Morris Katz paintings they were always trying to pawn off on us? Some piece of memorabilia from my childhood? A new menorah for the kids to light? We went to their apartment, and my parents looked at each other knowingly.

Despite the fact that my mother had been spending most of her time in her custom-made motorized wheelchair for years now, theoretically she could stand and walk, but she hadn’t done so in years.

And then my father leaned over, and my mother put her bony arms around his neck. He put his hand on the small of her back and slowly raised her from the chair. She leaned over and locked her braces, first the left, then the right. And there they stood, holding on to each other. I stood next to them as my wife took a photo.

I was happy, thinking this is the way she should be, this is the way I remembered her: standing confidently with her aluminum crutches. Now, I thought, she’s on the way to recovery, to becoming less dependent on that wheelchair. This was the beginning.

In reality, it was more of an end. Two weeks later I had my last phone conversation with my father when he went to the emergency room because of a persistent cough. Four weeks after that, after he’d lain unconscious in a coma-like state, we let him go. My mother never stood again. My father had been right; she did need round-the-clock care. After a couple of difficult years, we lost her, too.

For years I kept up my parents’ tradition of giving my children a gift for every night of Hanukkah — the prospect no longer seemed daunting, but sacred, a small way of keeping their memories alive. And, sitting on my piano, I still have that photo of the three of us standing together: my parents’ last Hanukkah gift to me.