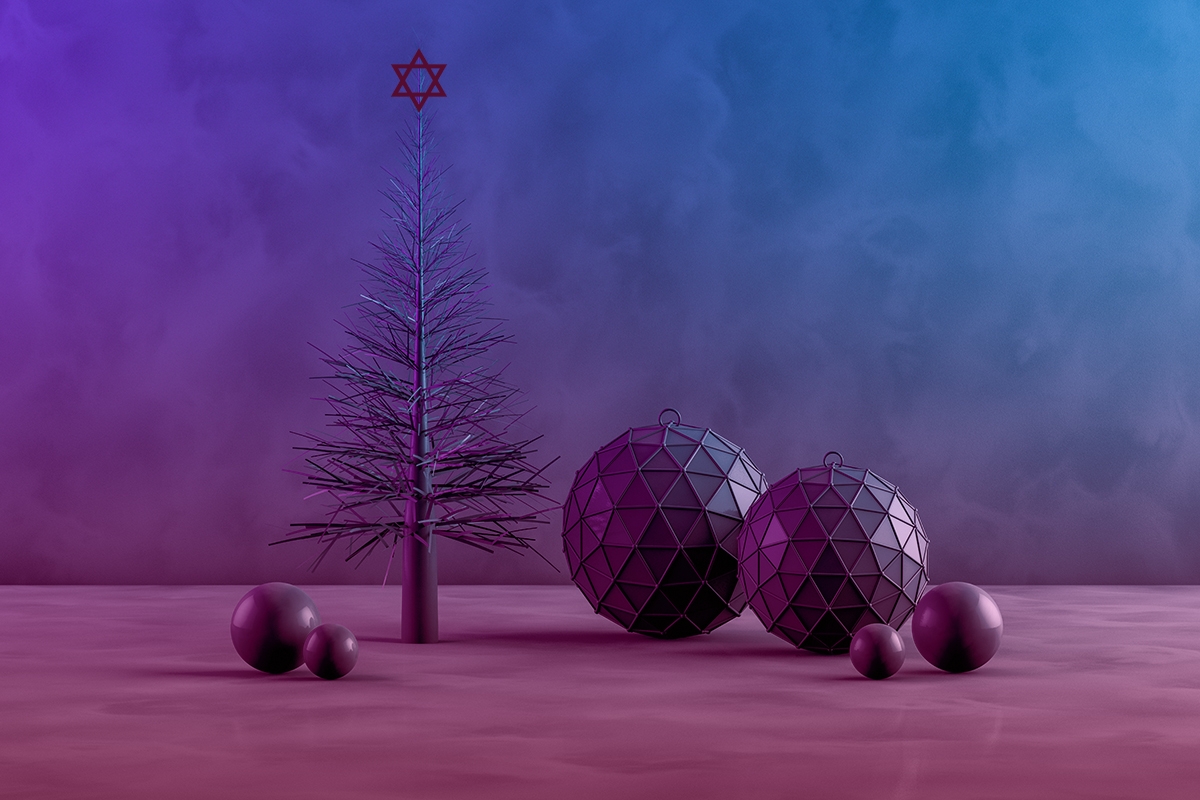 For the past several years, there have been many arguments over whether saying “Merry Christmas” is offensive to Jews and other religious minorities in North America.

Many people have pushed for “Happy Holidays” as an alternative, noting that it is an  inclusive and still meaningful salutation. Others, however, have perceived this as an assault on Christian freedom and values — the so-called “war on Christmas.” Meanwhile, many others continue to feel excluded by the cacophonous Christmas carols and the visually overwhelming explosion of all things green and red which begins each year on Halloween and persists through the end of December.

Within Jewish communities, there is no less acrimony about the subject. After all, as interfaith marriages and relationships continue to rise, Jewish families struggle with the inherent challenges of our own increasingly diverse broods. Discussions over the “December dilemma” — the term refers to the decision about what to do about Christmas, especially when there are Christmas-celebrating family members — and how to make it all jive with Jewish identity and practice.

The truth is, lighting Hanukkah candles is no longer an accurate representation of the fullness of Jewish families. In many instances, fostering meaningful December holiday celebrations means taking a more hybrid approach. I know this from personal experience: I am a rabbi who is married to someone who isn’t Jewish. We chose to raise our kids with just Jewish identity but, as anyone in a long-term relationship knows, things change. In my book, I share how we came to mark Christmas in a very secular and cultural way because it became clear that to do so would, perhaps ironically, be an expression of our Jewish values. These values include making everyone in our family feel included and loved; peace in the home; and having our children respect and honor both of their parents.

Most pieces about intermarriage will begin tentatively, as though this may be something your family will encounter, now or in some distant future. But unless your family is Orthodox, it is almost certain, statistically speaking, that there is already an intermarriage (or many!) amongst the people you call family.

The hand-wringing over the “December dilemma” has taken a lot of the joy and light out of this time of year. And, in a year in which so many have suffered so much, I say: It’s time to bring that joy and light back. Instead of worrying about the impact of Christmas on Judaism, let’s work to make sure the way we “do” Judaism — in December and all year long — is joyful and meaningful. These attributes are key to an enduring Jewish identity and practice.

Now, I don’t believe there’s a “war on Christmas” — but I do think we can learn from those who insist that there is. When people feel they might lose something, when they come from a position of scarcity, they tend to hunker down, lash out, and get really protective over what they perceive as theirs. This same attitude can be found among Jewish (and Jewish-adjacent) people who resist any little bit of Christmas entering their home.

Yes, it is understandable that Jews feel protective — we have experienced many generations of being minorities, and we have been threatened in myriad ways, from small slights to genocide. So it’s natural that we are anxious about assimilation and our traditions surviving. But here’s what doesn’t make sense: A black-and-white, us-versus-them mentality. Given what we know demographically — that is, knowing that intermarriage rates continue to increase — does ensuring “Jewish continuity” mean we should discount people who are trying to be and do Jewish, even if it also means incorporating other religious or cultural traditions into their lives and holidays? No, it does not.

The fact is, Jews, and the people who love them, mark this holiday season in a variety of ways. Your adult child, your cousin, your sister, or anyone you love might celebrate these holidays differently from you. There might be a Christmas tree with a Star of David topper; there might be blue and white lights on the house; there might be a playlist with “Maoz Tsur” intermixed with “Silent Night.” They might even choose to focus on the nature-based meanings of solstice, or celebrate a holiday with which you are unfamiliar.

Yes, I know this can all be upsetting for many people. If just reading these words is raising your blood pressure, please consider the following statements which are undeniably true, however uncomfortable they may be:

1) Your feelings on these “hybrid holidays” will not stop the celebrating from going on.

2) The more you can get on board with how your loved ones celebrate, the more joyous your celebrations will be.

As a rabbi, it is my experience working with many couples and families that more joy brings more joy. The more people feel their own traditions are honored, the more they’ll want to celebrate traditions that may be new to them. The holiday season can be a time of stress, or it can be a time of celebration — it’s up to us to make sure it’s the latter.

If you are hung up on certain things because it’s “tradition,” here’s some food for thought: Most of the hallmarks we consider “Jewish” at Hanukkah are borrowed from other cultures. Dreidel? German. Latke? Polish. Plus, the only reason American Jews make such a big deal about the minor holiday of Hanukkah is because of its proximity to Christmas — effectively, if there wasn’t Christmas, there wouldn’t be Hanukkah as we know it. (Witness, for example, how Hanukkah is treated as no big deal in Israel.)

Yes, the reverse may be a tiny bit true, too — most of the good Christmas songs, after all, were written by Jews. Regardless, there’s commonality between the themes and values of Christmas, and Hanukkah, and so many of the December holidays: light and love; cozy and warm smells, tastes, and togetherness.

If you are ruining your family’s experience of the holidays, or your own, because of your anxieties over assimilation and appropriation of the holidays, I am inviting you to relax. Our holidays have always evolved. And although people are intermarrying and intermixing more than ever, there is also a deep desire to connect Jewishly, to carry on Jewish identity and tradition, and to do Jewish. Let’s foster it by making the holidays joyful and fun. This December, let’s make the holidays happy again!