My Son’s Bar Mitzvah Was DIY, Nontraditional, and Just Perfect 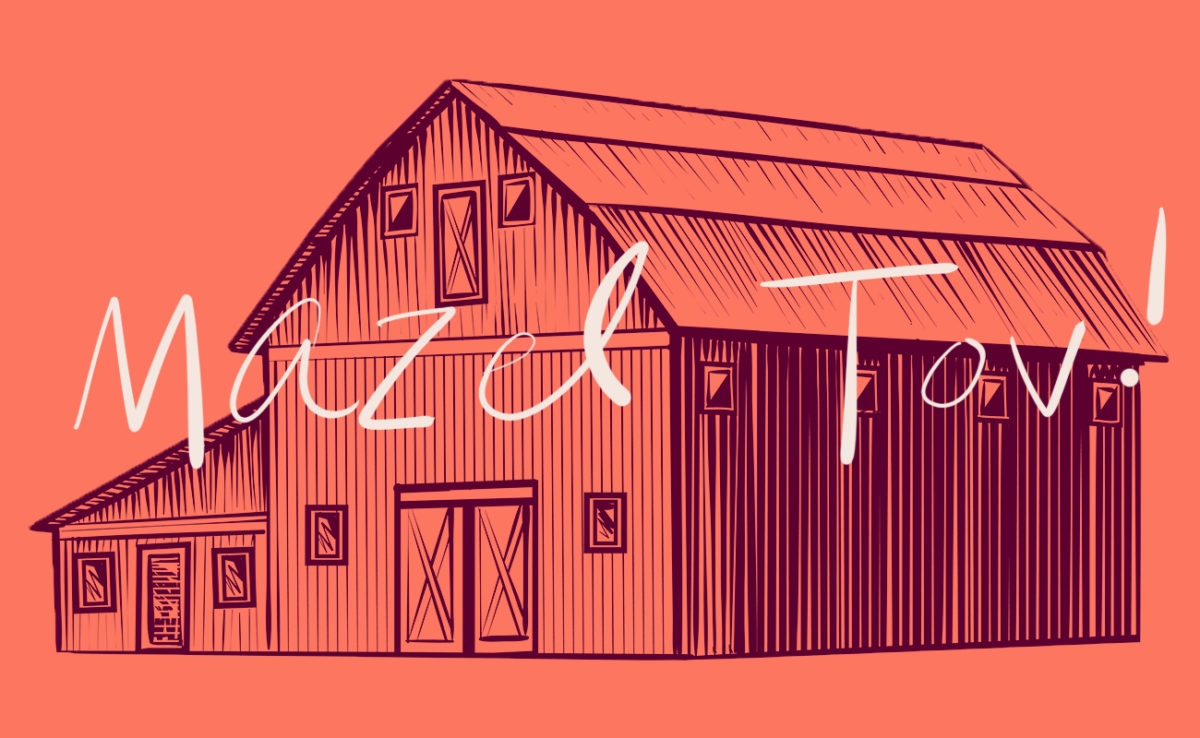 When my son, Jacob, was 9 or 10 years old, he surprised me by announcing that he wanted a bar mitzvah. Don’t get me wrong — I was delighted. I just didn’t know how I was going to pull it off.

We didn’t belong to a temple or synagogue, neither in the family I came from nor the family I made. Nobody in my family had a bar or bat mitzvah when I was growing up.

So, I suggested that we could do what his grandpa — his namesake, my father — did. As the story goes, my father, an only child of immigrant parents from Eastern Europe, who grew up on New York’s Upper West Side, had an informal visit from a rabbi, a friend of the family. They had a meaningful conversation — about life, responsibility, and the importance of caring for one another — and they ate Jewish apple cake together. That was considered his bar mitzvah, and, to celebrate, his parents took him on a right-of-passage trip to Guatemala.

Jacob and I were driving in the car — where most of our meaningful discussions occur — as I told him this story. I looked over, expecting to see a jubilant preteen, thrilling at the thought of an exotic trip. But instead, he looked completely crestfallen. “What about the dancing?” he said. “The celebration? The music?”

To be clear, this was not a case of the almost 13-year-old in question just wanting a party. This is a kid who likes to celebrate. He wanted to feel the sense of his people coming together. He wanted to be lifted up — on a chair during the hora, yes, but also, spiritually. He had felt it when he attended other bar mitzvahs and he wanted a piece of that.

I was touched and surprised; let me also add that Jacob and I have had a complicated journey when it comes to our Jewish identity and practice. He and I are Jewish, but his father isn’t, and his father and I are not together. The Jewish community where we live is small, and while each denomination is represented, none of the synagogue communities felt relatable to me. So, we were left to carve out our Jewish identity on our own.

Of course, like any mother, I would move the earth for my son. If he wanted a bar mitzvah, I’d give him a bar mitzvah! So when Jacob was 12, we joined our local Conservative congregation, primarily because the rabbi there at the time seemed smart and hip. He was young, a recent Harvard graduate, and he wore Birkenstocks and slid into Hebrew lessons on a skateboard. He used music to teach, and he seemed to “get” Jacob. But his tenure did not last long — he too chafed at the parameters of living as a Jew in a not so Jewish community. Jacob, feeling abandoned, cried when he left.

Still, Jacob did not want to lose his momentum. And since we had already set a date — and our handmade invitations had been sent — we tried a different tack. I found a lovely Hebrew tutor from the Hillel at our local postage stamp-sized college, and a sturdy rabbinical student from Philadelphia who would lead the service.

We persevered for a year, with Jacob learning and studying several hours each week. But at some point, with tears streaming down his face, Jacob turned earnestly to me. “Mom,” he said. “I thought the silver lining of losing our rabbi would be deciding to do my bar mitzvah my own way. But this doesn’t feel like me.”

I thought long and hard about this, and realized Jacob was right. No matter how hard we tried, the shoe wasn’t fitting. I am not a joiner, and neither is my son. For me, being Jewish has been like having a poem in my back pocket — it’s something that has accompanied me and tethered me to the complexities of life, of raising a child on my own, and of being the artistic, free-spirited human being that I am.

I kept thinking and feeling, why do I need to pay money and join a club in order to be this thing that I already was? Its my inalienable right to be Jewish. I AM Jewish. So how could something that is inside of me be something that I am reaching for outside of me to share with my son? Jacob felt that tug of confusion, too.

Reflecting upon my childhood is what finally gave me some answers. When I was a kid, we only went to services on rare occasions. But the home I grew up in gave me everything I needed to understand who I was and what I came from. My mother’s delicious homemade food, the kibitzing at the kitchen table, the walls lined with books, Leonard Cohen playing on the Hi-Fi. Yiddishisms and Jewish jokes winding their way into all conversations, the family values, and the unwavering emphasis on arts and education.

Jacob grew up in the same home I was raised in until he was in first grade, so he basically got what I got. And now that we’re on our own, we’re embracing these traditions in our own way. And thinking about this, it hit me: We already had everything we needed for Jacob’s bar mitzvah. I am Jewish, Jacob is Jewish, and his bar mitzvah was going to be a celebration of this journey — both the journey that led us to this moment, and the one that we will continue as he matures. This realization brought us so much freedom and release.

In the end, Jacob’s bar mitzvah was a beautiful, DIY affair, held in a barn. It was a service, led by a family friend from Israel, and a celebration. Jacob read his haftarah portion beautifully and gave a meaningful speech. My 88-year-old mother read a Mary Oliver poem. Friends catered, his music teacher put together a lively band, we had flowers from a local farm, former students of mine made a wonderful playlist. My sister made overstuffed pillows for the floor for the little ones, my brother and brother-in-law made beautiful toasts, a friend led us in singing “Sim Shalom” and another made the most beautiful challah I have ever seen.

We tried to follow all the traditional routes, which eventually inspired us to do something very homespun. His bar mitzvah was unusual by traditional standards, but it worked for us and it touched others. The barn was packed to the gills, and and even though it was raining and grey outside, we were lifted up and warm inside.

At the end of the day, a close friend summed up the occasion best. “I know you were worried because this wasn’t a religious service, and that you didn’t want to offend anyone,” he said. “But to me, this was the most religious service I ever attended, because of the love that was felt in the room”.

This was October of last year, and that wonderful day did not mark the end, but rather the beginning of understanding how we are and who we are. We are exploring being Jewish together at home, in our hearts, and in the community, in large and small ways. From potluck-style Friday night dinners with friends and family to touring Jewish sites in cities we visit, we are finding our own way, back home.