My Tweet About Vaccinating My Kid Went Viral. Then Came the Antisemitic Trolls. – Kveller
Skip to Content Skip to Footer

My Tweet About Vaccinating My Kid Went Viral. Then Came the Antisemitic Trolls. 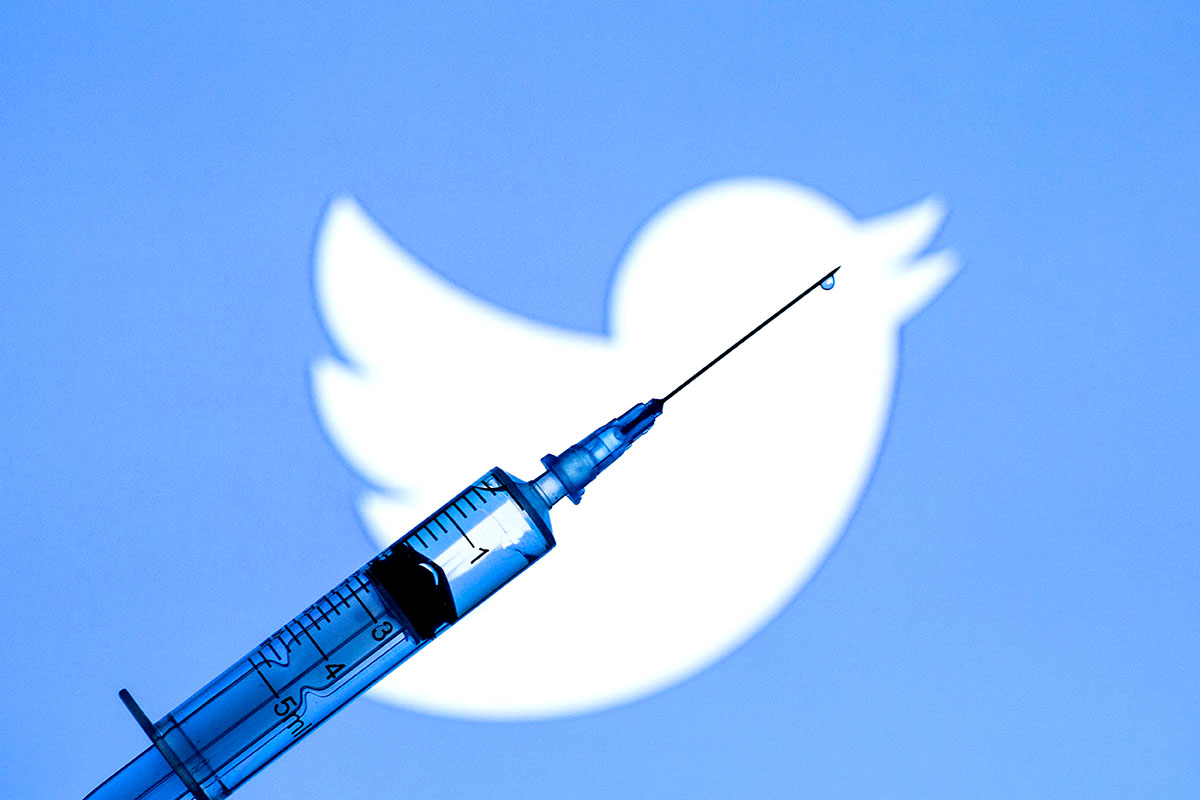 “how [sic] does it feel to have the most hated surname in the world,” the tweet read.

After vaccinating my 6-year-old went viral on Twitter this weekend, I was prepared for a fair amount of abuse from anti-vaxxers, trolls and bots. But what I hadn’t expected was how I would accidentally stumble into the crosshairs of a small but vocal group of anti-vax, antisemitic conspiracy theorists insistent on connecting me to Jeffrey Epstein because we happen to share the same last name.

Let me back up.

As a general rule, I don’t post about my kids on social media — and especially not on my public Twitter account. But as I was buckling my son into his car seat on Thursday to drive home from his vaccination appointment, he looked up at me and said something I thought was worth sharing far and wide: “Mom, I hope everyone in the whole world feels a little bit safer now that even one more kid got their vaccine.” My eyes welled up, he scolded me for being embarrassing, and we pulled out of the parking lot.

Later that evening I tweeted a smiling photo of Sam holding his COVID vaccine card, and I shared what he said to me in the car. The likes and comments started rolling in, mostly from friends and followers. I read Sam some of the messages from everyone who wanted to thank him for making a difference, and to congratulate him for showing more bravery than a certain professional football player.

“I hope everyone in the whole world feels a little bit safer because even one more kid got their vaccine.” —Sam Epstein, age 6

The post kept gaining momentum, and at some point on Friday I realized it was going to keep getting bigger. The comments were overwhelmingly positive, and I tweeted out my gratitude. But I also stressed that as I am neither a public figure nor a public park, I would have no problem silencing any “anti-vax garbage” that made its way onto my page. I thought I was being strong (and maybe a little sassy), but now I see that I was really just waving a red flag in front of a steamed-up bull.

On Saturday afternoon, the bull charged. By then, the tweet had gone fully viral, to the tune of 52,000 likes and nearly 5,000 retweets. I think I spent most of the day in a state of shock. Twitter adjusted my notification settings so that my phone didn’t explode in my pocket, and I tried to keep up with the comments, scanning the replies and quote tweets for bots, and flagging misinformation and harassment. And then, when I was out with Sam at a play date, the comments took a turn.

After I saw the tweet about my “surname,” I started clicking through my quote tweets and replies, trying to figure out what was happening. Soon I landed on the page of a notorious anti-vaxxer and conspiracy theorist, one of the “Disinformation Dozen” identified by the Center for Countering Digital Hate. In a study published in May of this year, the CCDH found that just twelve accounts were responsible for 65% of the anti-vaccine misinformation and conspiracy theories on social media. This particular account has since been banned from Facebook, Instagram, and YouTube… but not Twitter. I won’t name her here, because I don’t want to give her any more exposure—but she’s not very hard to find.

She had quote tweeted my post about Sam with the caption “Epstein?” That was all it took for her 50K+ followers to hear the dog whistle and come barking after me. I found dozens of tweets in which she suggests that I am directly related to Jeffrey Epstein, demanding I answer to this completely fabricated claim, and threatening to report me to the FBI if I didn’t. Her followers called me a “child abuser,” a “vile monster,” and clogged up my DMs with abusive messages. When others pointed out the blatant antisemitism of connecting me with Jeffrey Epstein with zero evidence, she doubled down, insisting that it had nothing to do with antisemitism at all, and that anyone who would defend me must also be a pedophile.

When a few of the commenters started speculating on whether the fingers on Sam’s left hand “look swollen” in the photo, I’d had enough. I locked my account, blocked them all and did my best to shut it down out of concern for my family’s safety. I know that they were mostly bots and fake accounts, but still. I’ve never gone viral before, and I’ve certainly never been a victim of this kind of targeted harassment online. What was I supposed to do?

My initial instinct was to defend myself, but it’s a slippery slope from clever clap-backs to Lemon Lyman territory. I tried to ignore it, but I was too angry and freaked out. So I settled for reporting every tweet and blocking every user associated with this woman’s account. I should add that as of this writing, Twitter still has not taken action against her for the abusive, antisemitic tweets, or for sending her followers after me.

Now, I shouldn’t even have to say this, but I am absolutely NOT related to Jeffrey Epstein. At least, not that I know of… Epstein is only my married name (a joke I am glad I didn’t attempt on Twitter). And it happens to be an incredibly common name among Jewish families. But that doesn’t matter to these people, nor does it make me feel any better to be reminded, yet again, that Tom Lehrer was right… at least as far as Twitter is concerned.

Should I have been surprised by all of this? No. Am I still a little bit scared? Yes. But would I do it again? Probably.

As a Jewish person and a mother, I’m proud that my son’s message of compassion and empathy reached so many people. He said he wanted the “whole world” to know, and now they do. So if my viral post encourages one more parent to go get their child vaccinated, it will have been worth it.

Which brings us back to the original question. How do I feel about having the “most hated surname” on the internet? It’s like Bette Davis said: “It’s a sign of your worth sometimes, if you’re hated by the right people.”