My Twins Are Adopted. Do They Really Need to Convert to Judaism? – Kveller
Skip to Content Skip to Footer

My Twins Are Adopted. Do They Really Need to Convert to Judaism? 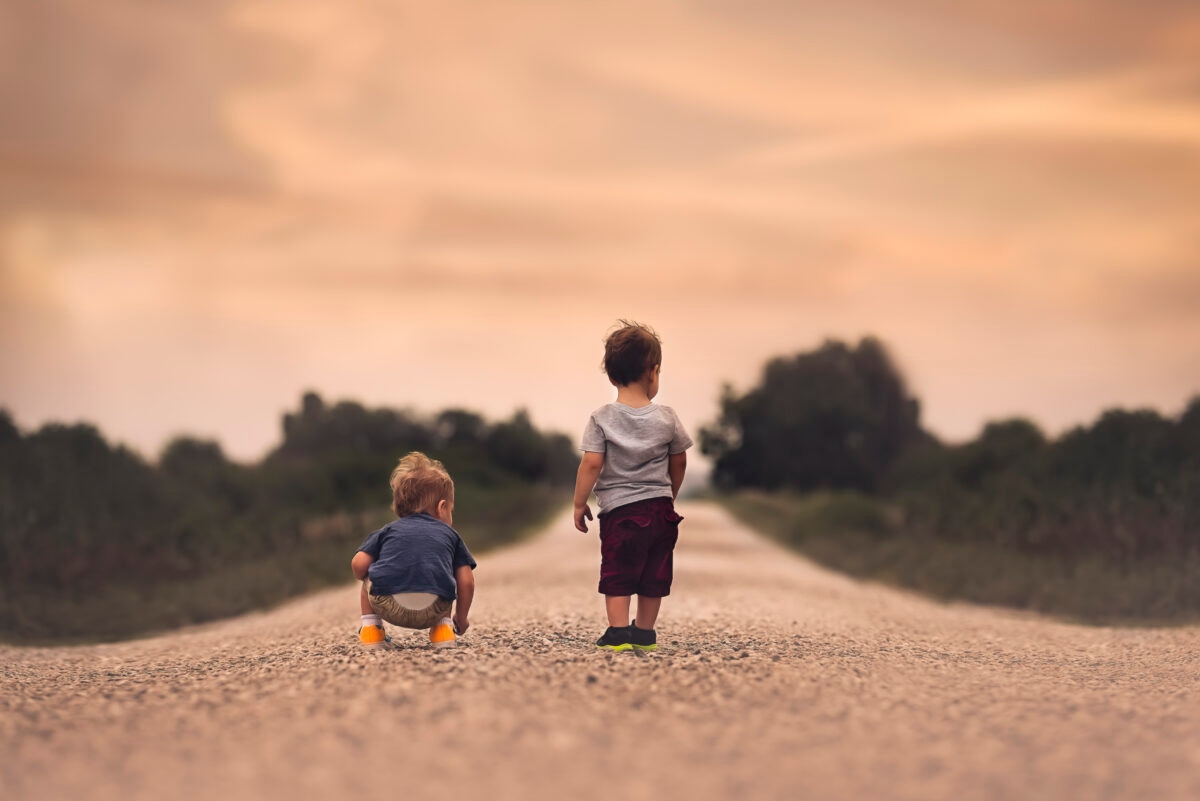 The Children of Israel may number like the stars in the sky, but after struggling to conceive, tests at the fertility clinic showed that my egg count did not. And my husband’s sperm? Let’s just say it was wandering the desert.

Still, we were desperate to love a child. When we got “the call” that we had been chosen to adopt toddler twin boys, our years of heartache gave way to the immediate practicalities of helping children transition to our home. We had one month to outfit our house with beds and clothes and books and toys and to acquaint ourselves with the reality of becoming parents to two busy young boys who had already been through so much. I was at once euphoric and terrified, worrying constantly. Lying awake at night, my mind swirled with questions both mundane (“how many pairs of pajamas are enough?”) and existential (“am I the mother they deserve?”).

Amidst all these doubts as a new mother, what never crossed my mind was religious conversion. So I was surprised when people asked, “Are you going to convert them?”

I couldn’t help but wonder: from what to what?

My husband and I are raising our now 6-year-olds in our secular Jewish home — the same one they would have been raised in had they been born to us. The very question of conversion felt like another othering of our adoptive family, drawing a fundamental and primal distinction between the single act of giving birth to children and raising them that had blurred for me, but, apparently, not for some around us.

As a Hebrew day school graduate, I know academically of Judaism’s matrilineal descent, but as an adoptive mother to two perfect little boys, this strict construction feels, well, academic.

Is Judaism in the egg? The womb? In biblical times Judaism passed through the father, a practice changed for logistical reasons when rape made it difficult to confirm the father, and hence the paternally dictated religion. If the process could be altered by men in response to the behavior of men, is it really immutable?

I consulted with the current rabbi of the synagogue where my husband and I were members as children, and where many of our family members are still congregants. While my sons may have a Jewish identity, the rabbi tells me, they do not have “Jewish status.” To have Jewish status, my sons must attend the mikveh (an exercise that would be difficult given their insistence on never needing a bath) and perform hatafat dam brit — a procedure for turning a non-religious circumcision into a brit milah by drawing blood from where the foreskin had been.

I felt a spiritual record scratch. They need to do what now?

The rabbi assured me it doesn’t really hurt, but I also assured my sons the COVID vaccine didn’t hurt and I don’t need to tell you how that went.

I couldn’t stop thinking about it. I couldn’t stop imagining telling my children that a stranger is going to hold their penis and make it bleed for symbolism, before submerging their heads in water, naked, as another stranger watched to confirm.

“Why?” they’d ask, as they often do. But I wouldn’t know how to answer. Nothing seems satisfactory. To be Jewish? Because others see the circumstances of your birth as not enough?

Without Jewish status, my sons cannot be bar mitzvahed or married at the synagogue that bar mitzvahed and married their father and me. Nor could they be bar mitzvahed at most of the other synagogues here in Toronto, the rabbi cautioned me. I’m saddened when I hear this, but I realize my sadness is not for my boys’ exclusion but for the institution excluding them.

When I look at my children, I am overcome with the enormity of the miracle that is our family. That in this whole wide world we found each other, and despite the enormous pain we’ve all suffered, our hearts are still open to love. That my children can still love so deeply, to me, has been the greatest show of faith and has forged a covenant between us so meaningful and so enduring, I cannot imagine asking them to do anything else.

Love is the foundation of my family and, I’ve come to realize, my Judaism. Our family was built by love and just as we were a family long before the judge stamped our adoption order, so too will we be Jews without a paper stamped by a rabbi.

I think back to a Yom Kippur almost a decade ago when, in the depths of my sorrow, my family indulged me by attending a secular humanist service together where the prayers were bookended by Anne Frank quotes and protest songs. We sang and giggled at the campiness of it all. But when the rabbi said, “We fast not just in the service of the almighty, but in recognition of all those in the world who are hungry,” a sob caught in my throat. The humanity of the prayer cracked open my aching heart that yearned for the privilege of loving and nourishing another. I felt my husband, my father and brother each put a hand on my shaking shoulder as I wept like Hannah.

Should my boys have a bar mitzvah, as recognized Jews or not, they too will be surrounded by a family that loves them — aunts and uncles and cousins, a bubbe and a zaide to light candles and bless the challah. They will be surrounded by their parents who have hopefully raised them with a sensitivity for the world at large, with a wholeheartedness that honors their birth parents, their history, their family and all those in the world who are hungry.

I envision my family encircling my sons, holding hands and swaying as we sing together the song I sang to myself in my deepest moments of pain, when I wondered if I would ever get to love a child. They are the words of Rabbi Menachem Creditor written for his daughter born after 9/11, trying to bring together both believers and atheists: