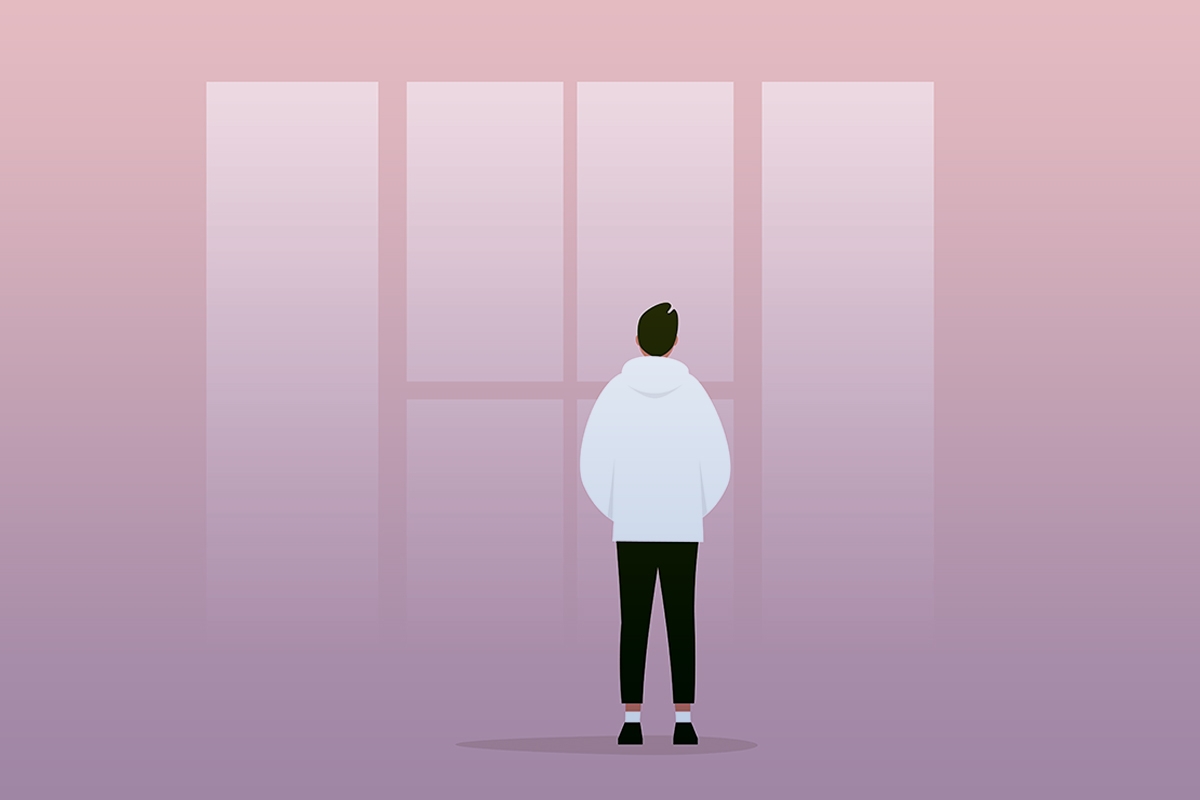 A few years ago, my then 19-year old son called me from Norway via FaceTime to “share some news.” Benya was spending a gap year in my native country. He was anxious about our conversation, an unease that was obvious to me — the mama bear back in the States — as soon as I saw his sweet punim on the screen.

“Mama, I’ve been meaning to talk to you about some things…” he began.

I could hear the hesitation in his voice, and adrenaline shot a jittery rush through me. I had long worried that a day would come when I’d have to face Benya or his two older brothers, Tobi and Gabi, as they told me I failed in some profound parenting way. As a daughter, I know how that goes; as a mother, I’m aware of my imperfections. But my boys have never before insinuated any such issues, so what did Benya want to tell me that made him so tentative?

Could it have something to do with his religious upbringing? I underwent an Orthodox conversion before I married my kids’ father, and we raised our three boys in a “Conservadox” home in West Hartford, Connecticut. The kids went to an eclectic Orthodox day school — their dad had a more laissez-faire attitude toward religion, and I felt I needed more support in raising them in a Jewish community. Although I embarked on my Jewish journey after falling in love, and we agreed we’d want to raise a Jewish family, living life as a practicing Jew became a way for me to anchor my new identity. I became a gung-ho yiddishe mame and fervent balabusta. I was the one who set the religious parameters in our household: We kept a strictly kosher kitchen and we didn’t use electronics on Shabbat.

When their dad and I divorced, however, we agreed to send them to our stellar public high school, which the boys also wanted. Despite access to athletics, art, and impressively talented teachers, I was concerned it would be the beginning of a slippery slope. Would the absence of the daily Jewish content and practices so embedded in their elementary and middle school days diminish their love of yiddishkeit? And how about dating? Added to my worries was that their dad’s soon-to-be wife was Catholic. I knew that wasn’t my business, but still, it felt like a gut punch: Shouldn’t he lead by example?

During our call, Benya wanted to tell me three things he said were important to him, and that he worried would hurt me. First, he pulled up his shirt to reveal a tattoo; his Viking middle name “Odin” written in tall, dark, rune letters across his rib cage. “I know it’s not kosher, but it’s something that is meaningful to my identity,” he said.

“Wow, it’s definitely very cool,” I answered, trying to sound upbeat. It could be a lot worse, I thought.

Next, Benya shared that he eats “everything” — and in the seafood-loving nation that is Norway, this meant shrimp and crabs and mussels galore. I can’t blame him, the stuff is delicious, my internal voice uttered as my childhood taste-buds stirred to life, but I couldn’t stop the “oy” that escaped my lips.

Finally, he told me that he doesn’t feel that going to synagogue is honest, considering he doesn’t believe in God. Do you go to shul because you believe in God, I found myself asking myself, or to connect with your community and spirituality?

As Benya spoke, a prickly sensation crept through my body. I think his honesty touched something deep within me, forcing me to face my own choices. His words inspired me to recall where I came from: Ever since I began building my own Jewish life, some 30 years ago, my Norwegian parents supported my choices — despite the fact that I moved across an ocean, did things they didn’t understand, and had opinions and beliefs they didn’t share. Thanks to their “setting me free” without guilt trips, I was able to pursue what was meaningful to me. I never took this for granted, and made a promise to myself that if I were blessed with children, I would always support them in their own journeys.

Some might say if I had wanted my son to be an observant Jew, I shouldn’t have encouraged him to go to Norway — I should have signed him up for a program in Israel or sent him to a college with a vibrant Hillel and a large Jewish student body. However, with my entire family in Norway, the boys have grown up with one foot in each country — along with a big part of their hearts in Israel. Yearly visits, summer camps, and dual Norwegian-American citizenships cemented their belonging. My kippah-clad Viking boys proudly wore Red Sox T-shirts, rapped in Norwegian while a variety of Jewish stars, hamsas, or Thor’s hammer necklaces dangled from their necks.

Suddenly, while looking at the screen at my beautiful and thoughtful son, I had a terrifying thought. In my passionate commitment to raise Jewish children, I had failed in one serious way: I forgot to tell them it’s OK to be a secular Jew.

This realization was as clear as a Northern fjord: While my Jewish identity was strengthened by my “Jewish” behavior and observance of mitzvot, for my Jewish-born sons, religious observance was neither central nor necessary for their sense of Jewish self.

After Benya got his thoughts off his chest, he added with his irresistible smile, “No worries, mama, I know how it goes: Once a Jew always a Jew! I’ll always be a proud Jew.”

I took another deep breath, trying to formulate a thoughtful response. “Honey, you are an adult now, and I will never love you less or support you less, based on your lifestyle choices or beliefs,” I told him. “The most important thing for me is that you are happy and healthy.”

Honestly, it wasn’t easy to say this, just as I imagine it wasn’t easy for my parents to tell me I should follow my own compass. After all, my entire Jewish formation was built around the idea of Jewish continuity, and the responsibility this brings to each individual Jew and their choices.

The truth is, I’m OK with my son’s choices. A compassionate, wise, and independent young man, I’m convinced he’ll contribute to tikkun olam in his own unique ways, notwithstanding his tattoos, treif food habits, and belief that God is a concept created by man. Sometimes, I even wonder if perhaps he is showing me the way: Four years ago, as I became an empty nester, I moved to Maine to pursue a quiet writing life. Here, my yiddishkeit has taken on a different expression that is both new and strange to me. It’s definitely not “Conservadox.” I not only welcome this journey, but feel empowered by the re-imagined modes of evolving in my Jewishness.

In fact, maybe the FaceTime call from my son came at the most opportune time. I think it may even have freed me to mature into a Jewish identity that’s truer to myself. And for finding the courage to do just that, I thank my proud, secular, Viking Jew son.