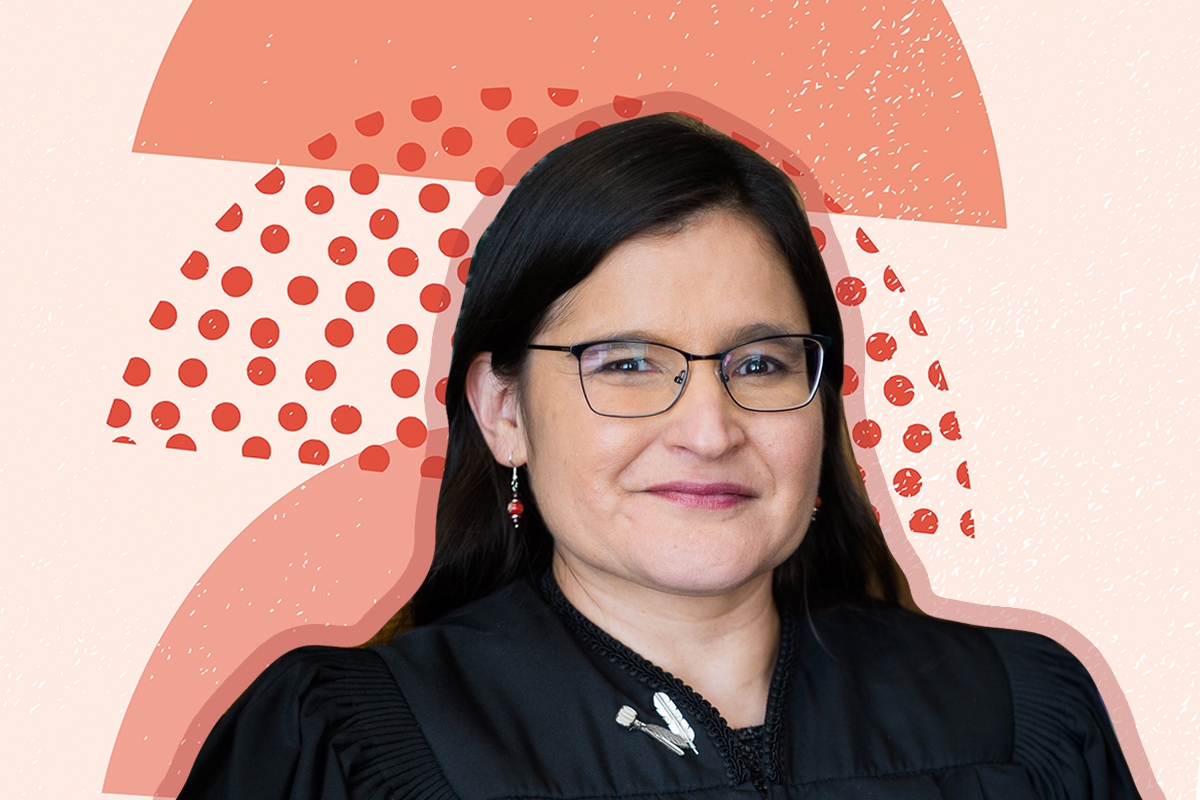 Looking for something to kvell about this morning, as we wait for the results of a very close and uncertain presidential election? We got you!

In January 2020 — which, yes, feels like a lifetime ago — Raquel Montoya-Lewis made history when she was sworn in to Washington State’s Supreme Court: She became the first Native American Justice on the state’s bench.

And now, Montoya-Lewis, 52, who is Jewish and Pueblo, is set to serve a full six-year term.

Montoya-Lewis, a mom of two teens, was appointed by Gov. Jay Inslee in December 2019, filling the seat left vacant by Mary Fairhurst. In order to stay in the seat, she had to win an election —  and, according to the Spokesman Review, Montoya-Lewis beat Dave Larson by about 20 percentage points in Tuesday’s count, easily winning.

“I think that it is meaningful to have the composition of the Supreme Court reflect the state that it serves,” Montoya-Lewis said in October. “Having a Native voice at that table matters in that sense. The Supreme Court makes all kinds of decisions that affect the Native community. Having my voice both as a tribal member and someone who has been a tribal court judge for Northwest tribes supports the work that we do and lends credibility to the institution.”

In an interview with Kveller after her historic appointment, Montoya-Lewis spoke of her uniquely American story. She was born in Spain in 1968 to a Native American father serving in the Air Force and an Australian Jewish mother.

“On both sides of my family, governments, other entities, really sought to wipe us out,” she said. “My father really instilled in me the importance of recognizing that I came from people who persisted, people who were lucky enough to survive, and that my existence is dependent upon those people’s persistence and resilience. That’s something I hope I pass on to my own children. I hope they pass it on to their [children], because that’s a very important concept for both the Jewish side of my family and the Native side of my family.”

Montoya-Lewis will continue to share the bench with another trailblazer: G. Helen Whitener, an immigrant from Trinidad who is the first Black woman to serve on Washington’s highest court, also handily won her appointed seat.

Mazel tov to these remarkable women!