Netflix’s ‘Glow’ Gets Its Jewiest Season Yet 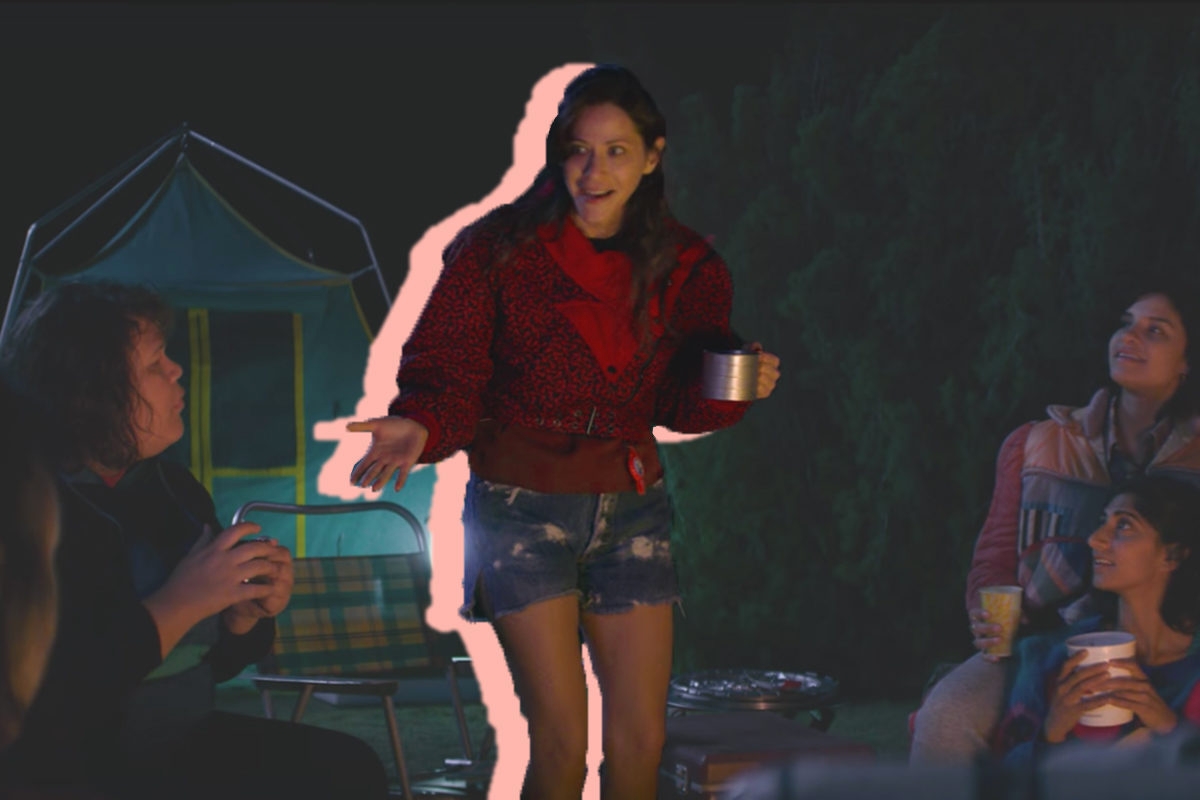 The abundance of Jewish actors and writers aside, the Netflix series GLOW — based on the real-life women of the “Gorgeous Ladies of Wrestling” — is becoming Jewier by the season.

In the first season, the show’s protagonist, Ruth Wilder (played by Jewish actress Alison Brie), finds herself at a Russian circumcision for an 18-year-old chess champion. Ruth sings a song from Yentl, a party goer flashes his chai necklace, and Jewish-Russian pride flows. The second season falls short of explicit Jewish content, but the very Jewish actors Jackie Tohn (Melanie “Melrose” Rosen) and Marc Maron (Sam Sylvia) show off their Tribe badges with the occasional Yiddish word here and there.

That’s about as Jewish as GLOW got — until now.

In a delightfully surprising move, the third season of GLOW took a serious turn toward Jewish content. Melrose and Sam continue to drop Yiddish phrases, and Melrose shows off her Hanukkah printed underwear in the Christmas season finale: “My mom gets me a new pair every year for the first night.” Yay, representation!

But, above all, the third season of GLOW gave us the ultimate TV Passover seder scene we didn’t know we needed. What’s more, it’s actually based on a real life story.

Here’s the scoop: After agreeing to stay in Las Vegas to perform live staged wrestling shows, the ladies of GLOW opt to decompress with an overnight trip to Red Rock Canyon. There, drawing on the theme of “wandering in the desert,” Melrose — whose persona is that of a Jewish American Princess Party Girl — invites the group to celebrate Passover with her. (Earlier in the episode, Melrose’s mom calls her a “bad Jew” for skipping the family seder.)

Sans haggadah — this Jew has skills! — Melrose guides the gaggle of women through the 10 plagues, dips her finger into a tin cup of wine, and shows off her Hebrew skills with a throaty “choshech” (darkness). She explains the story of Passover and why Jews eat matzah, which was followed by a comparison of Pharaoh, the “power-hungry dictator who was terrified of losing his slaves” to Bash, the group’s boss and producer of GLOW.

The conversation quickly turns, however, into a deep discussion about immigration — and then things get awkward: Someone suggests that Passover is about Jewish slaves “from like a bajillion years ago,” and therefore not so relevant anymore, to which Melrose quips back: “Trauma and mass oppression are still a pretty recent thing for my people. Anyone ever heard of a little thing called the Holocaust?”

Keeping in mind that GLOW is set in the ‘80s, Melrose is right — the Holocaust was (and still is) fairly recent. Sensing the tension quickly thickening, teammate Cherry Bang proposes calling it a night. This sets Melrose off: “Why? You’d rather I just joke around? Just jokes, huh? Not really get into the trauma that’s behind all of the shit we don’t want to talk about? How my Aunt Pessel and her eight children died in Treblinka? Or how my dad won’t live in a house without a basement or an attic in case we have to hide again?”

Here’s the incredible thing: Aunt Pessel and her eight children aren’t fictional victims of the Holocaust. They’re actually Tohn’s real-life family members, and remarkably, she was able to memorialize them on a hit TV show. “It’s a heavy thing that I got to talk about my family’s history and inherited trauma from the Holocaust on television,” Tohn tells our sister site, Alma. (Read the interview with Tohn for the full scoop here.)

The powerful scene goes beyond the Holocaust, however. Melrose’s pal and scene partner Jenny (Ellen Wong) — whose wrestling persona is Fortune Cookie — had been very surly towards Melrose. But once Melrose divulged her family trauma, Jenny feels comfortable sharing hers for the first time: that in the aftermath of Cambodia’s civil war, only she, her father, and uncle managed to escape the Cambodian Killing Fields. “Everyone else we knew died,” she says. “So I know what it’s like to survive a genocide and not talk about it all the time.”

While acknowledging how lucky she is to have survived, Jenny adds: “Now I’m jumping out of a fortune cookie every night, pretending everything’s fine.” Realizing their shared trauma, Melrose sincerely apologizes and the scene ends in a group hug. Sisterhood!

Accurate Jewish representation in the media is hard to come by, and this multifaceted scene really takes the cake. Not only did it honor Tohn’s family history, it showed that no one has exclusive rights to trauma — everyone shares the burden of learning about past horrors and carrying their lessons from generation to generation.

And so yes, this season of GLOW couldn’t get more Jewish.