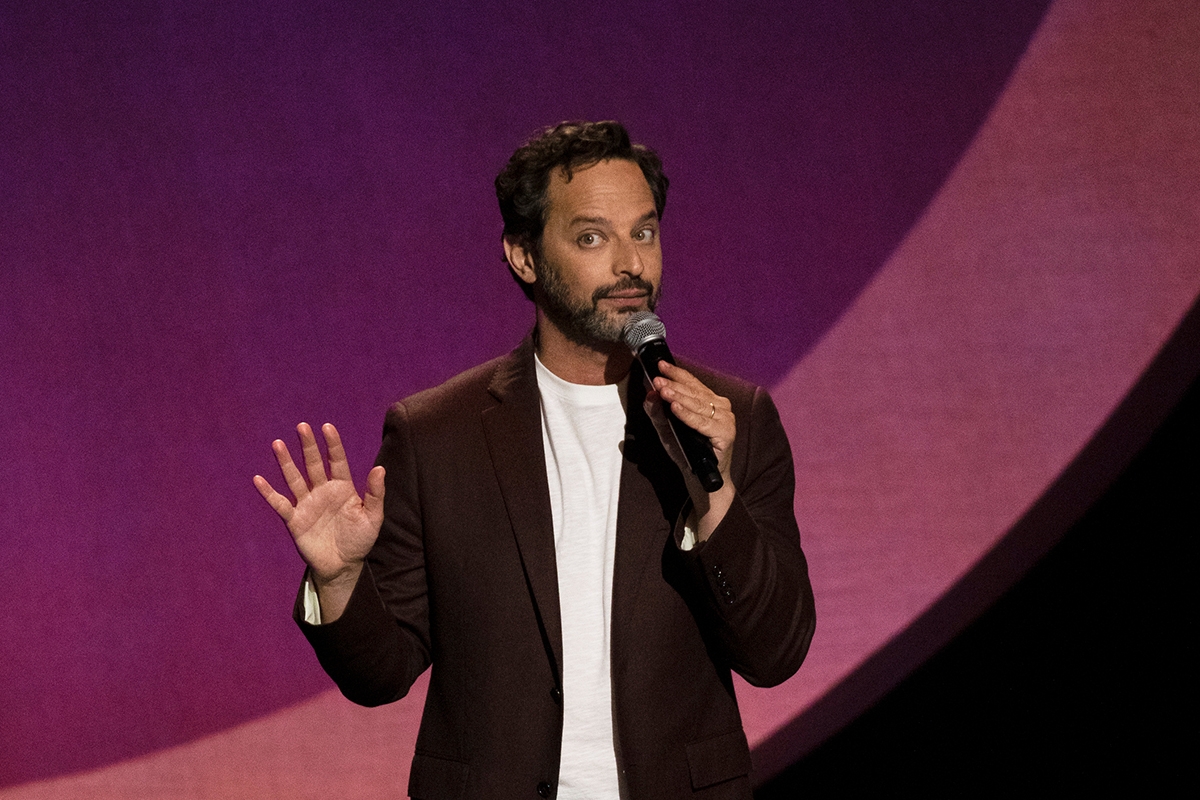 While Nick Kroll might disagree with this assessment, “Little Big Boy,” the comedian’s newest Netflix comedy special, further cements him as a jaddy — that is, a Jewish zaddy. The term was coined by fellow Jewish actor Brett Gelman, who defines it as “a sexy, Jewish, masculine man.”

In both his work and his social media, Kroll, 44, effortlessly leans into his Jewish identity. There’s Gil Faizon, his character in “Oh, Hello,” and so many of the scenes and characters in “Big Mouth.” The same is true about “Little Big Boy” — Kroll’s Jewish identity weaves in and out of its narrative.

Unsurprisingly, in the special, Kroll, known for his work in the sketch show “The Kroll show,” often connects his Jewish identity with a lack of perceived prowess — or masculinity, if you will. Kroll talks about how his internal monologue, which is for some reason dubbed by British actor Jason Statham, negs him by calling him a “pathetic Semitic fucking nobody.” He jokes about being a small Jewish boy in a karate class full of Catholic Irish firemen.

As alluded in the title, the special is all about Kroll being a late bloomer — a boy rather than a manly, manly man. He jokes about his tendency to cry at the drop of a hat, the fact that he wears his (romantic) feelings on his sleeve, his addiction to snacks, and the general failings of his body, from eczema to lactose intolerance. Some jokes are definitely going to hit home real hard for any fellow Jews with stomach issues (consider this a trigger warning).

Kroll also addresses his feelings about fatherhood. Kroll became a dad during the pandemic — his wife, Lily Kwan, gave birth to their son, Leo, in January of 2021.  He’s previously shared pictures of him baby-wearing on social media, but this special is the first time he incorporates his identity as a father into his comedy.

In fact, the show ends with a Kroll-ish version of a Jewish dad joke — though the “Big Mouth” showrunner’s version of such a joke might be a little bit more edgy than the average Jewish father’s.

He jokes about his new baby being so cute he could just “suck his little brain out,” and then adds, “as a card carrying member of the Jewish media elite that’s what QANON already thinks I’m doing.”

But it’s the jokes about moms that really hit home for me. In the teaser to the show, Kroll jokes about how nobody wants to answer a phone call from their mother. “Why are we so mean to our mom?” he asks, and comes up with, “Because they’re so fucking annoying.”

The problem with us moms? We’ve “got no game.” We answer on the first ring. We need to play it cooler, he suggests.

He encourages moms who feel alienated by the jokes to think of their own mom — and how annoyed they make them. Kroll’s mother, Lynn, is included in that equation — he recalls how annoyed she used to get at her mom — who survived the depression and lost family in the Holocaust, but who could also roast someone like no one else.

The joke about moms does go full circle, though, as any joke in a good comedy special should. Later he describes the moment when his wife gave birth, calling it “the most amazing thing he’s ever seen.”

“Watching a woman give birth,” he says, made him understand “why moms pick up on the first ring.” He ends up channeling his inner Jewish mom and telling all the viewers who still have their moms to text and call them.

Funnily enough, it’s this candor that make his so… jaddy-esque. Kroll is impossibly charming and magnetic — and really, really good at his job, which is making people laugh (seriously, some of his jokes about 4-year-olds are just. so. real). And let’s face it — there’s nothing that shows prowess more than a man who is really good at what he does.

“Little Big Boy” is a must-watch — especially for tired Jewish parents with no game, who need a night to laugh (at home, in bed, eating snacks).