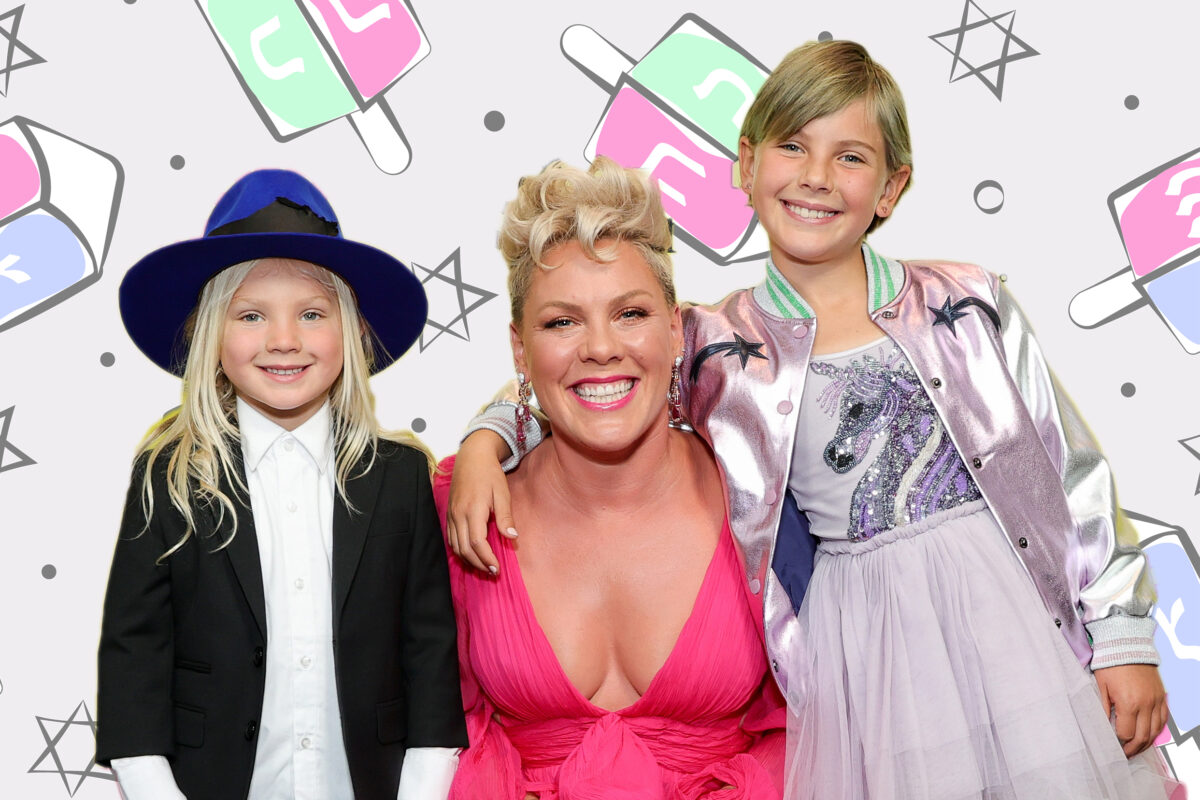 All year, I’ve been kvelling about Pink and her daughter, Willow Sage Hart, and how incredible they are together. But last night, on the fifth night of Hanukkah, the Jewish singer and her eldest daughter shared a duet of sorts that is perhaps their most moving collaboration so far — at least for this Jewish mama.

The video, which appears to have been filmed on the second night of Hanukkah, shows Pink and Willow, 10, chanting a prayer while lighting the Hanukkah candles along with Jameson, Pink’s youngest son. It’s an incredible and profoundly Jewish moment.

The video starts with Pink helping Jameson, 4, light the shamash with a match. Willow and Jameson blow out the match, and Pink hands her son the lit candle. “There you go. OK, I’ll take that,” she says, referring to the extinguished match, “and you’re going to take this one and you’ll light the others with it while we sing,” the Jewish mom instructs.

The pitch! The pronunciation! The going back and re-saying the prayer when they got it wrong but still somewhat fumbling “be’mitzvotav”! It’s all so lovely. I would definitely hire Pink and Willow as our cantors — there’s just so much potential here!

In the middle of the prayer, Jameson doesn’t quite know what to do with the shamash, and Pink tells him to hold onto it, while she helps him place it in its designated candle holder — not before slightly melting the wax at the bottom with another candle’s flame help better adhere it, as the pros do.

When the chanting is done, the family all high fives each other. Pink and her family all wish us a “happy Hanukkah,” — including husband Carey Hart, who appears to be behind the camera (what a good Instagram husband!). Then Willow lets out a little hoot and raises her fist in the air. It’s all absolutely adorable.

Pink, 42, has talked about her Jewish heritage in the past. Pink’s mother, Judith Moore, is Jewish, and her maiden name is Kugel (is this our favorite Jewish fact about Pink? It might be!).

She told Reese Witherspoon that when she and her family visited the Holocaust Memorial in Berlin, she told Willow that “this could have been us.” She also shared a post from the German capital after the Unite the Right March on Charlottesville, condemning the march and eulogizing the woman who was killed there, Heather Heyer:

“It’s incredible to watch neo-Nazis march in 2017, while I, a Jewish woman, headline a show in Berlin,” she wrote in the opening of that post.

During the pandemic, Pink released a video that paid tribute to her Jewish mom, and even shared pictures of the two of them baking challah together.

Yet, the Hanukkah video is probably one of the most Jewish posts the singer has shared to her timeline — with Pink actually participating in a Jewish holiday ritual and chanting ancient Hebrew words. Her doing it with her daughter makes it even more special. It’s just such a beautiful and affirming moment of Jewish pride and family connection.

It’s so lovely to see the singer celebrating this Jewish holiday with her family, and the joy they all find in it.