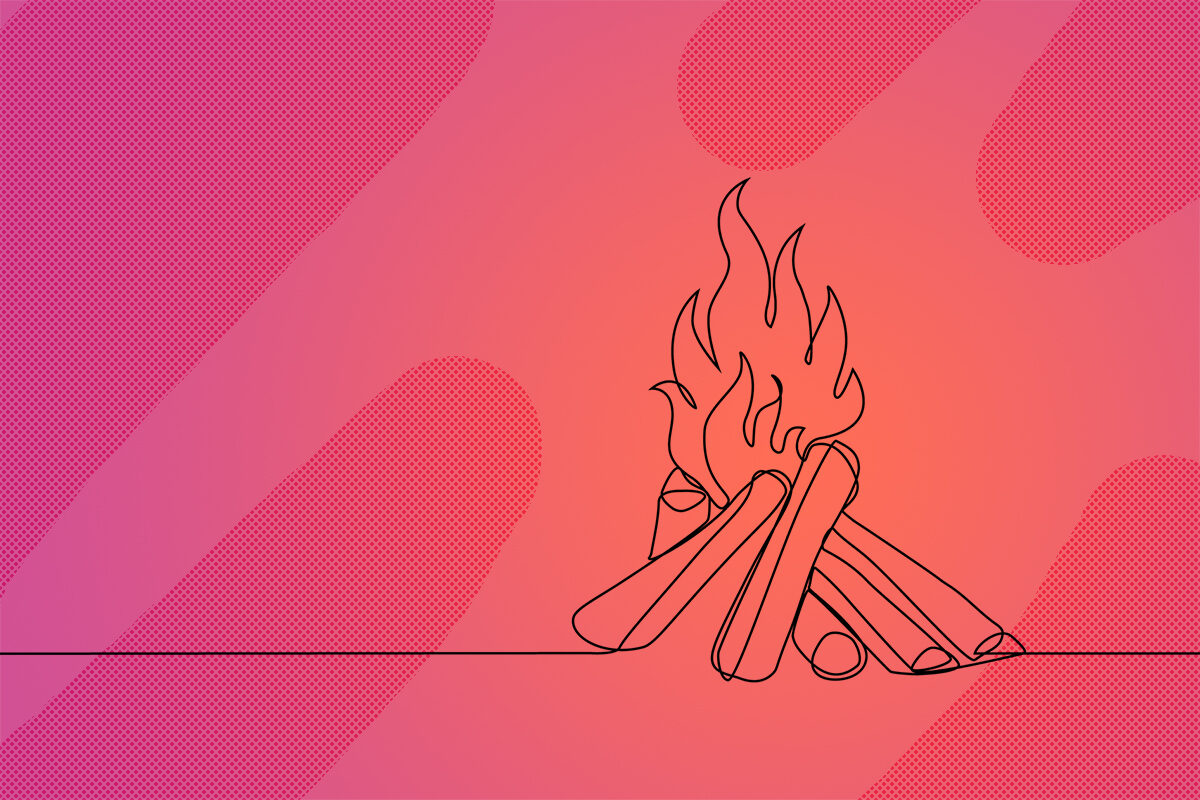 Yesterday, I posted on the Kveller Mom’s Facebook group about the — sorry, there’s just not a gentle word for it — utter mindfuck that is associated with possible reopenings of summer camps and daycares in the midst of this pandemic.

It seems like every day, so many parents are eagerly anticipating the word from their kids’ beloved summer camps: Will they open, or won’t they?

As of this writing, a plethora of Jewish summer camps have made the call: All URJ Camps, which are associated with the Reform movement, have decided not to open. Other camps have followed suit, including Chicago’s Camp Chi, Detroit’s Tamarack Camps, and all of the Conservative movement’s travel programs.

But there are still scores of others that are leaving us hanging. And, in that Kveller Moms post, the sentiment that seemed to resonate was this: Those summer camps that have not yet made the announcement are simply delaying the inevitable. So please, let’s cancel all summer camps already.

Honestly, I never expected to be writing this —  and I still really don’t want to. After all, I’m not an epidemiologist and I’ve never worked in camp administration. I’m just one mom out of many who hasn’t had a good night’s sleep or worn anything but sweatpants in two months. So many of us had previously hoped for a “normal” summer, but now, looking at the news and the general lack of a national plan, it’s time for summer programs to rip off the Band-Aid so we can begin to make alternate plans.

It’s hard to write this, for so many reasons. I know how difficult things are for Jewish organizations are right now; layoffs are happening left and right (as they are in so many corners of our economy). I’m not privy to how these decisions to cancel are made but I know they are oh-so-rough.

And yes, the fact that many camps are delaying this decision is not their fault. If we had a better, united federal response — or like, any sort of federal response — or if we decided, collectively, that the moral thing is to shut down things for the summer, camp administrators wouldn’t have to hem and haw over making this difficult decision. But given the lack of word from on high, states and local governments need to put out clear directive about camps, and they need to do that ASAP. (Some states, like Georgia and Connecticut, have done just that.)

Here’s the deal: Right now, safety is the most important thing. Not just our children’s safety, either. (While reports of Kawasaki-like symptoms in kids with Covid-19 are alarming, they are still rare, and most children still have mild forms of the disease or are asymptomatic.) We live in a world where we need to recognize — now more than ever —  how our actions impact the lives of others.

As such, sending kids all over the country to sleepaway camp is a risky proposition, and only camps with an incredible amount of funds can even begin to ensure that they can do that safely. Even with the insane measures — one New Jersey camp is considering renting a private jet to fly in out-of-state campers  — we just can’t know until it’s too late whether or not they are foolproof.

“The risks posed by Covid-19 threaten our most sacred values: the health and well-being of our children, staff, and faculty that attend camp, along with their communities back home,” the statement from URJ canceling virtually all Reform summer camps read. And it’s true, as Jews we are taught the value of pikuach nefesh, the importance of doing everything we can to save lives. Therefore, if Jewish camp is about imparting important Jewish life lessons — certainly the right thing and the Jewish thing to do right now is to cancel camps.

This summer was going to be the first summer I was going to send my toddler to day camp, and I was excited about it. Sure, it was not going to be that different from his (now-shuttered) daycare, but I was excited about this milestone nonetheless. But as we see the curve of infection rising in countries we thought had the disease under control, sending my son to camp at the expense of the health and the well-being of others just doesn’t seem like a good idea.

I wish someone would come up with a safe way to make camp happen. I’d be the first to admit that I need the childcare break, and that my son needs the company and the entertainment. But until we get a vaccine for Covid-19, our kids’ social and educational lives are just going to look different. It’s a terrible, maddening load to bear as a parent, and we can all agree this is something that nobody wants right now.

But as anyone with young children has likely said a zillion times, there’s a difference between wants and needs. And what all parents and kids need right now is a moment to come up with a Plan B. Plus, if camps make the call today, not only will they save families this endless, anticipatory anxiety, they will also buy themselves precious time, giving camp administrators and Jewish organizations some time to plan for an alternative. For some camps, that means becoming socially-distanced retreats — and let’s face it, we could all use a retreat now. For others, it’s shifting towards Zoom and other online activities.

One way or another, we will need something to do with our children this summer — and it’s looking like, for summer 2020, that’s not going to be camp. It’s sad, it’s maddening, but just like every part of this pandemic reality, it’s something we have to mourn, accept, and make the best of, for our kids, and yes, our sanity.

Want to join our conversation about summer camps? We’re here to support you in all your Jewish pandemic parenting needs! Join us on the Kveller Moms Facebook group.