Quit Judging Me for Being on My Phone 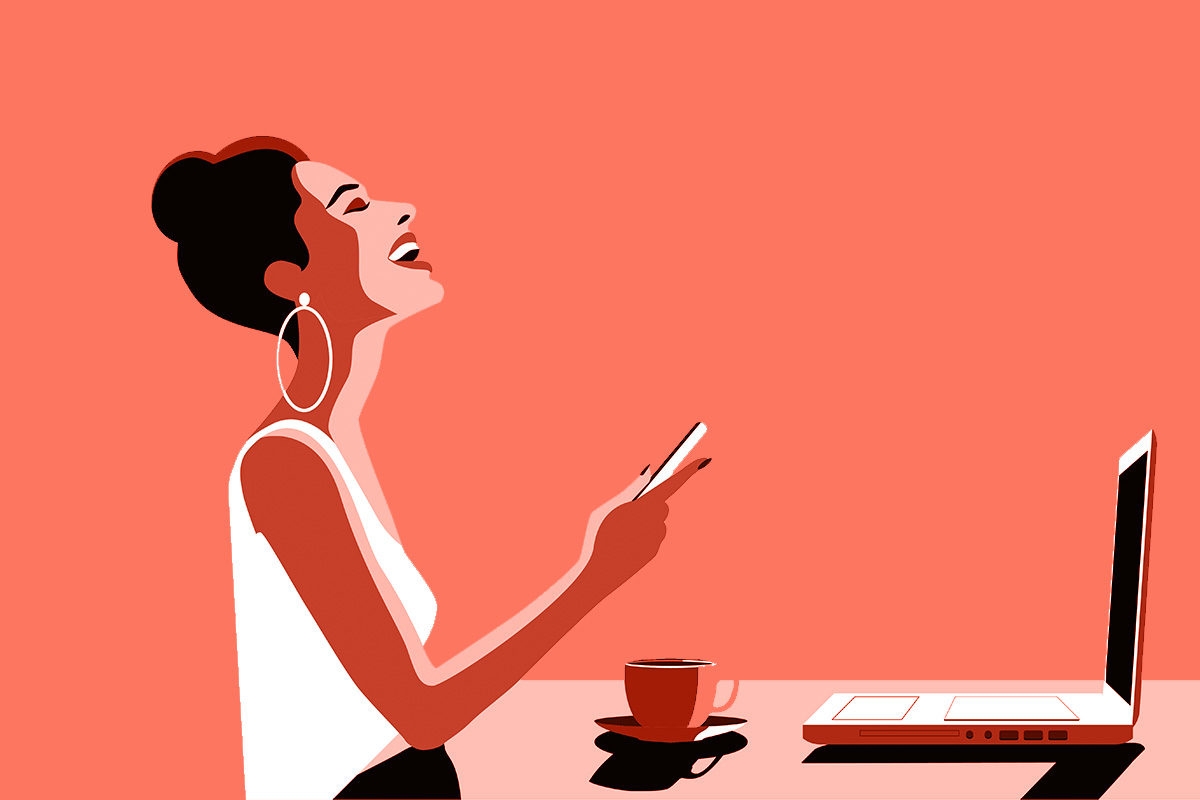 One of my children recently made a surprising and, I thought, baseless accusation that I don’t even try to get places on time. When asked why, she explained that sometimes I look at my phone while everybody’s getting ready to leave the house.

Smartphones often get a bad rap, and rightly so: They’re distracting, they take away from in-person communication, and, according to various articles often shared on social media (#irony?), they make us more stressed and lonely and all sorts of bad things. I resisted the whole thing for a long time, for those reasons and because of a general suspicion of all things “faddish.” On the other hand, it’s become more and more difficult to live in the modern world without a smartphone. And they really make things so convenient, even as they also present challenges.

The thing about smartphones, though, is that it’s impossible to tell what someone is doing when we see them “looking at their phone.” And it’s so easy to judge a person — to assume they’re doing something mindless on their phone, like scrolling through Instagram. But, actually, a lot of the things we do on a phone are things we always did — things that are not just for fun, and not a waste of time, but essential, like reading the news, making plans, clipping coupons, and making shopping lists.

In fact, multitasking itself — or, at least, trying to — is not an invention of the modern era, as proven by an ingenious contraption I saw in a Colonial tourist attraction years before I ever heard the word “multitasking.” It was a rocking chair, a baby cradle, a butter churner, and a spinning wheel, all in one. (Can you imagine?)

I bet nobody criticized the mother who employed this “technology” for not focusing on her baby. In fact, I bet she was commended for Getting Things Done. Because people could see that she was actually churning butter and putting the baby down for a nap at the same time — and they were probably impressed.

These days, thanks to our phones, we have an unprecedented ability to Get Things Done at any time or in any place. Like that Colonial housewife, here in 2019 we still need things like butter and clothing — and much like her, we might accomplish these tasks while doing other things, like when you order your kids’ new pants while standing in line at the post office.

But these days, we can be judged for it — by our own children as well as strangers — because all anyone can see is that we’re “looking at the phone.”

When my kid complained that we’re often late because I’m checking my phone on our way out the door, in her mind, it’s because I’m checked out — I stop getting us out the door and waste precious minutes doing some other random thing. So I explained to her that, often, what I’m doing is part of leaving: checking directions, confirming where my meeting is, or finding a phone number so I can safely use Bluetooth to call and let someone know I’m on my way. (Because, OK, I am indeed often late — but I don’t blame my phone for it.)

That conversation helped me realize I should make more of an effort to communicate what I’m doing on my phone at a given moment — because without my explanation, all anyone has to go by is my actions. And random “looking at my phone” is not what I want my kids to see: not as a model for their own behavior, and not as a measure of my attention and care for them.

I don’t think I ever felt neglected when I saw my father grading papers, or my mother heading to her room for an occasional long chat with an old friend — because I knew they were doing something valuable, and I could see and hear them doing these things.

Communicating what we’re doing on our phones is a way for our kids to know — within reason — what we’re up to. It can help parents, too, by making us more mindful and accountable. If my kid is waiting for me to read a bedtime story, I might legitimately say, “One second — my student just asked if we can change our class time tonight.” But if I find myself saying, “Hold on, I just want to find a Princess Bride meme first,” it’s a sure wake-up call to stop looking at my phone and focus on the kid.

Of course, Facebook and Candy Crush and Buzzfeed quizzes have their place — and if we determine one of those things is good use of a particular moment, we can communicate that, too. It’s OK to say, “I need a few minutes to chill”— and that’s a great life lesson, especially in an era that, for better and for worse, encourages us to Get Things Done all the time.

And as we work on communication and mindfulness in our own use of technology, we can also do our best to avoid judging others we see looking at their phones all the time. They might just be texting an apology for running late.