Rachel Bloom Is Having a Baby! Woohoo! – Kveller
Skip to Content Skip to Footer

Rachel Bloom Is Having a Baby! Woohoo! 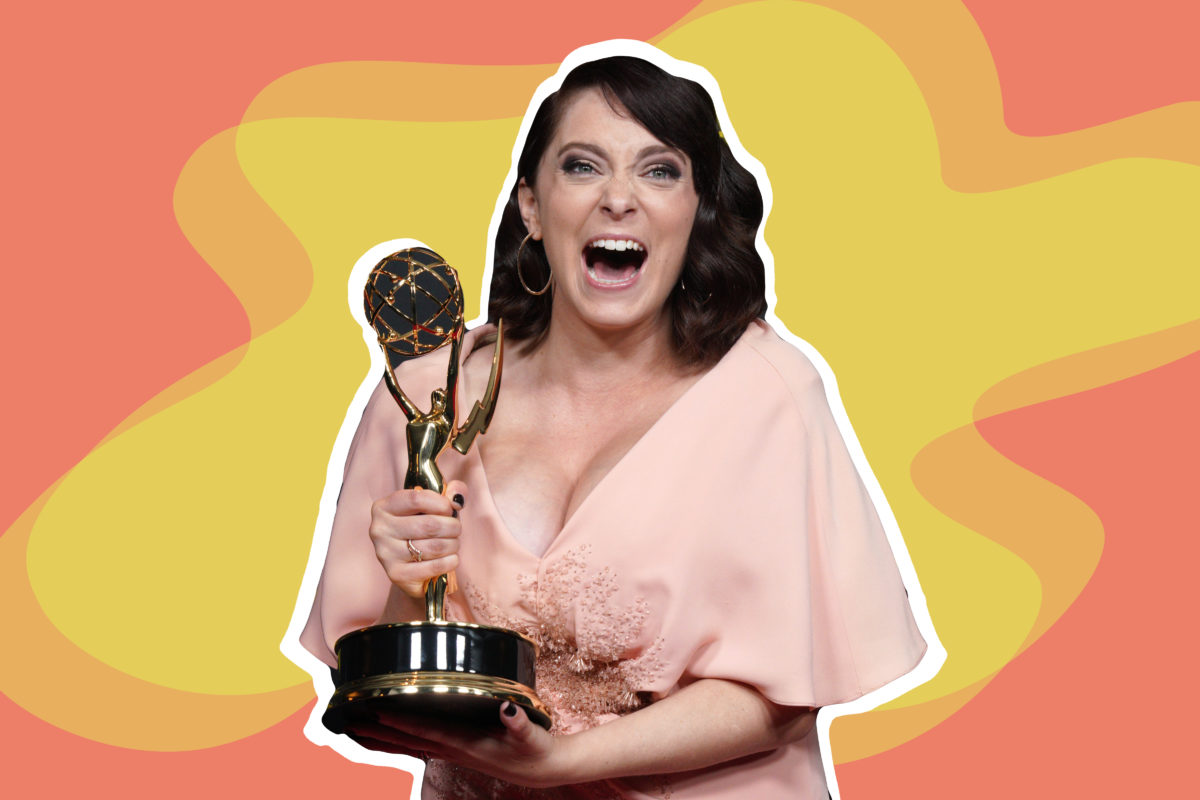 Well, this is going to be one talented, lucky child! Rachel Bloom —  the creator of one of the best and most Jewish shows ever made, Crazy Ex-Girlfriend — is expecting her first child with her husband, Dan Gregor.

The actress, writer, producer, and epic Hanukkah music maker made the announcement during the Creative Arts Emmys this Saturday.

After winning a well-deserved Emmy for Best Original Music and Lyrics — for the essential Crazy-Ex song, “Anti-Depressants Are So Not a Big Deal” — the brilliant Bloom was asked backstage what she plans to do next, and she answered that she plans to hopefully write more Emmy-winning music, and then added: “And also, I’m pregnant! So that’s what’s next for me.”

The room burst into applause — as did we, when we found out!

Bloom, who shared that she is three months along, also said that while she planned to make the announcement on Instagram, she felt the Emmy press conference was ultimately the right place. “So I get to tell my child that she was with me when this happened, which is really f— cool!” she said.

We love this pregnancy announcement so much, and it’s going to be such a great story for this soon-to-be mom to tell her kid. Plus, seeing as she recently (and relatably!) expressed her annoyance at Jewish journalists who ask her when she’s having babies, we’re so glad she got to announce her pregnancy in this awesome way.

Bloom and Gregor have been adorably together for about a decade. The couple was friends before they got together, and Bloom once told the Jewish Journal that she got to know Gregor by going to his family’s Passover seders (honestly, you learn so much about a person by going to their family’s seder!)

The couple has collaborated on many projects, including Gregor’s feature movie, Most Likely to Murder, and this aborted music video in a Judaica store. (Trust us and watch it!)

Gregor and Bloom got married in 2015 in a ceremony performed by Bloom’s cousin, a rabbi at Texas A&M University. While Bloom didn’t have a bat mitzvah and isn’t religious, she does love the Jewish holidays and Jewish culture, which is a big part of her life and work. The songstress intends to share that love with her progeny: “I like the idea of exposing my kids to the culture and traditions. It’s separate from spirituality for me,” she told the Jewish Journal.

And she got plenty of parenting prep while working on Crazy Ex-Girlfriend — from having an incredibly mom-friendly work environment (the crew even turned one of the writer’s rooms into a nursery!) to exploring the sometimes toxic Jewish mother trope to introducing the world to one of the most hilarious and painfully accurate songs about childbirth ever (sample lyric: “Tear, tear, tear goes your vagina”).