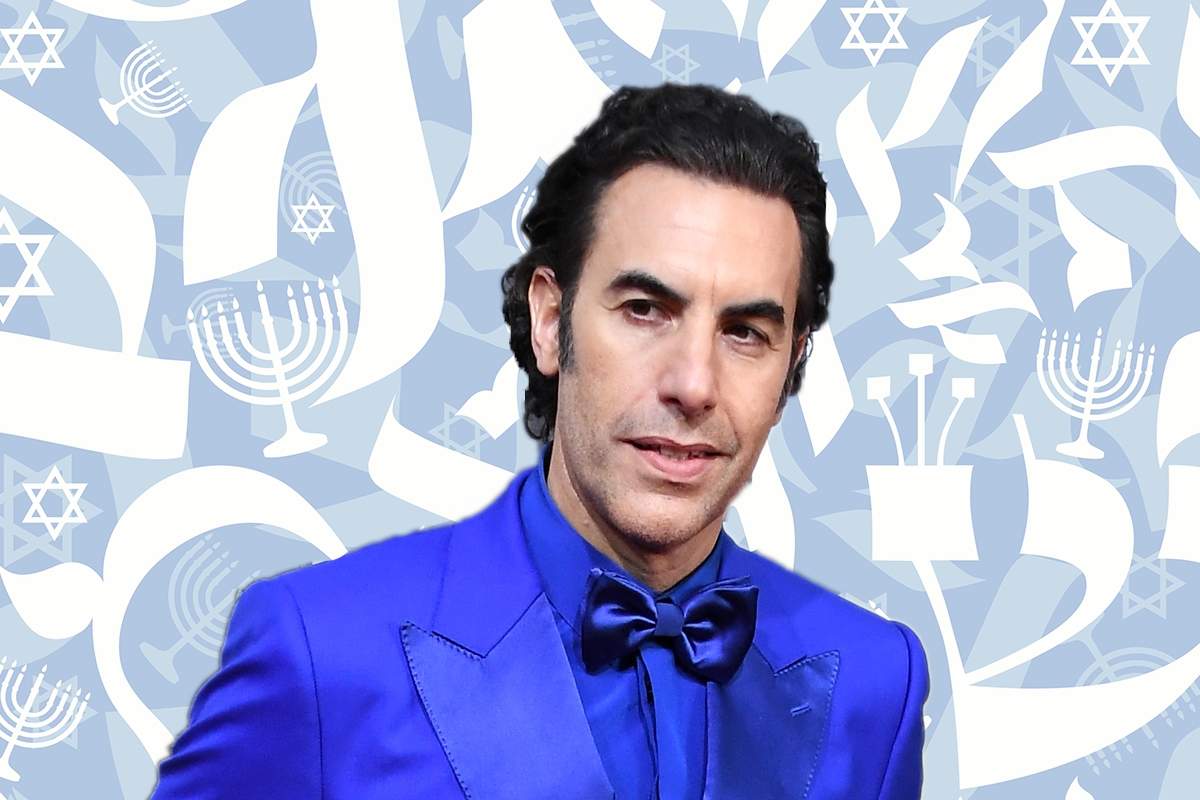 Growing up in Israel, one of my favorite books was “The Unforgettable Tales of the Wise Men of Chelm,” written by Shlomo Abas, with hilarious illustrations by Ami Rubinger and inspired by the classic Yiddish folktales. I read it over and over again — and retold its silly joke-like tales to many an unwilling and unwitting friend and stranger (sorry about that.)

The tales of the “sages” or rather, the fools of this mythical Polish Jewish shtetl have inspired generations upon generations of Jews — and now, they’re about to inspire a new generation of kids (and arguably, adults) thanks to none other than Sacha Baron Cohen.

That’s right, one of our favorite Jewish dads in the world is making a super-Jewish TV show for all of our kids — somebody pinch me, please! The father of three is helming a family-oriented HBO Max and Cartoon Network animated TV special titled “Chelm: The Smartest Place On Earth.”

Cohen will be narrating the show and is also an executive producer. He is developing the special with Mike Judge and Greg Daniels, the creators of the animated hit “King of the Hill.” (Judge also created the unforgettable “Beavis and Butthead,” who let’s face it, are very Chelm-like in demeanor) Jewish TV creator Michael Koman, co-creator of “Nathan for You” — who, one would argue, could earn himself a place of honor in a village of Jewish fools — is also co-developing the special and writing for it.

“Chelm: The Smartest Place On Earth” will be family-friendly, but with this incredibly funny team, we’re sure it’s also going to be edgy and irreverent enough to compel an audience of all ages — and make all of them laugh out loud.

Amy Friedman, head of kids & family programming at Warner Bros., said the show “is a perfect pairing of comedy and satire, and no one does that combination better than Sacha, Greg, Mike, and Michael.”

“This unique project will breathe new, hysterical life into the nonsensical Chelmic wisdom that originated from this imaginary city of folks who aren’t quite the sharpest tools in the shed,” Friedman recounted in a statement.

Chelm is an actual town in Poland, whose Jewish population was decimated by the Holocaust. The real Jewish men of Chelm, located not far from the city of Lublin, were probably not foolish, but in fact, accomplished Torah scholars. According to YIVO, Chelm-like tales date all the way back to 1597, but their specific location became cemented in Jewish folklore around the eighteenth century. The mythical “Khelemer khakhomim” inspired original tales and retelling for many great Yiddish writers, including Nobel-award winner Isaac Bashevis Singer.

It’s thrilling to think about this huge part of Eastern European Jewish culture being given new life. We couldn’t be more excited about this new special. While you’re waiting for its release (there’s no date for that yet, unfortunately), you may want to acquaint (or reacquaint) yourself and your children with these truly delightful, and oh-so-very Jewish folktales. You may want to start with “Chelm for the Holidays,” “The Wise Men of Chelm and the Foolish Carp”, “The Wise Men of Helm,” and “The Silly World of Chelm.”