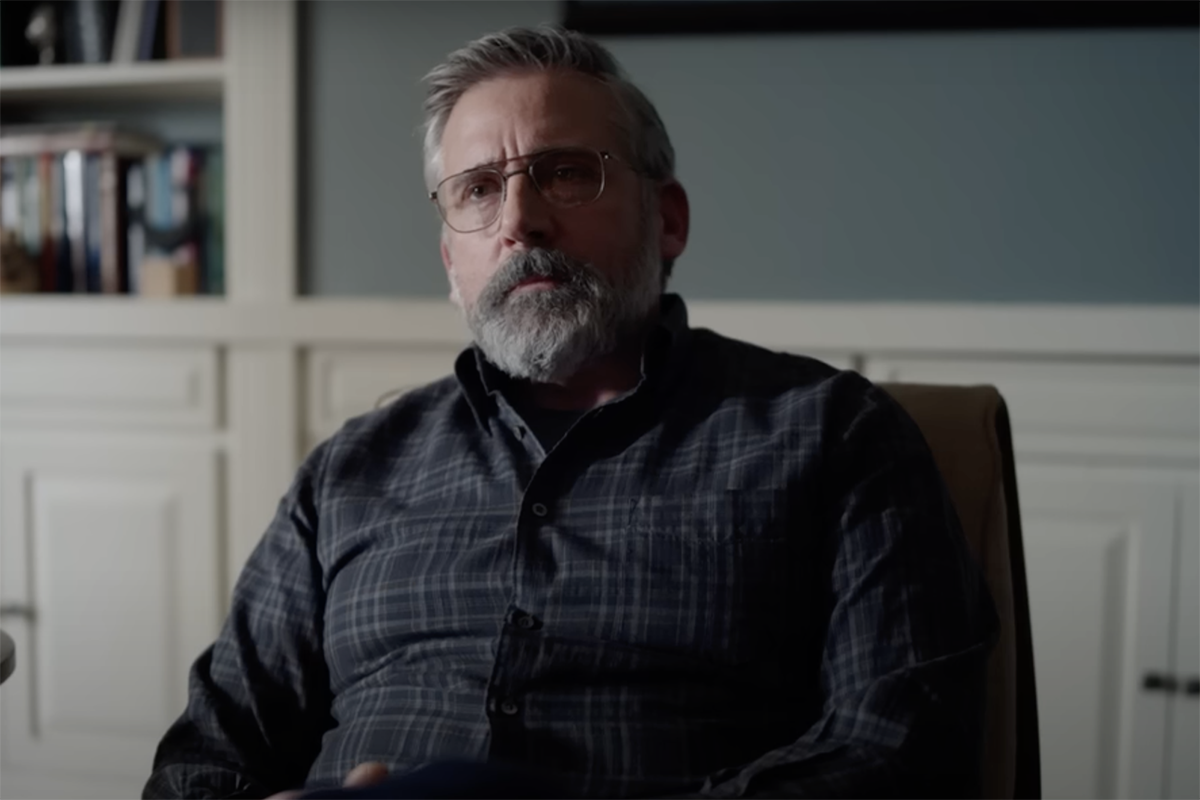 “The Americans” fans, rejoice! A new show from the hit drama’s creator Joe Weisberg and producer Joel Fields is coming to Hulu and FX at the end of the month.

“The Patient,” which promises to be quite different from the period spy thriller, stars Steve Carell as renowned Jewish psychotherapist, Alexander Strauss, who being held captive by his patient, serial killer Sam Fortner (Domhall Gleason) — so Strauss can help him kick his homicidal urges.

As he tries to help Sam and plot his escape, Strauss comes to face demons from his own life and past.

Strauss’ Jewish identity will be strongly featured in the show, a personal choice for both Weisberg and Fields, who are Jewish.

“The Jewish themes are very personal and important to each of us,” Fields said at a virtual panel this week, according to Variety. “My dad was a rabbi, so I grew up in that world. Joe grew up with a Jewish family as well.”

Weisberg was raised in Chicago by Bernard Weisberg, a civil rights attorney and judge,  and Lois Weisberg, the city’s first Commissioner of Cultural Affairs who was dubbed “perhaps the most significant architect (or savior) of cultural Chicago the city ever has known.”

Weisberg spent three years of his life as a CIA officer and later worked as a schoolteacher before becoming a TV writer.

Fields’ father, Harvey J. Fields, was a Reform rabbi and the former head rabbi of Holy Blossom Temple in Toronto, the country’s largest synagogue. He later settled in Beverly Hills and served as the rabbi of Wilshire Boulevard Temple in Los Angeles until 2003. He was known as an innovator at the temple. After the 1992 Rodney King riots, Fields became a founding chair of the council’s Interfaith Coalition to Heal L.A. and helped plan “Hands Across L.A.,” which “brought 15,000 Angelenos of various ethnic, racial and religious backgrounds to a 10-mile stretch of Western Avenue for a demonstration of racial solidarity,” according to his obituary in the LA Times.

The creators both said that when they initially came up with the show, Carell’s character wasn’t Jewish, but they chose to make him Jewish “to add specificity and depth.”

“It allowed us to tap into things from our own lives,” Weisenberg recounted at the event; “it became really a lot more fun to write in a certain way after that.”

The creators did discuss casting Carell, who isn’t Jewish, to play this very Jewish role — “I think our feeling has always been, as television writers, that we’re kind of in an area where people are pretending to be other people. That’s what everyone does all the time. And that’s just our main outlook on it. But we understand some people feel differently about it and that is also fine, too. But that’s where we were coming from,” Weisberg explained.

“I think a big part of our belief as storytellers is that what we’re doing is trying to amplify our common humanity. And that’s something Steve does brilliantly in this part and Domhnall does brilliantly in his part. And we hope that’s ultimately what people take away from the specifics that are in the show,” Fields added.

As someone with mixed feelings about the “Jewface” debate and authentic Jewish casting, and as a big fan of Carell’s acting range and of “The Americans,” I’m hopeful that Carell’s Alan Strauss will be a unique, compelling and authentic American Jewish character.

The show’s cast also features “Barry” star Andrew Leeds as Strauss’ estranged son, David Alan Grier as his old therapist, Linda Emond (“The Gilded Age”) as his mother Candance and Laura Niemi (“This Is Us”) as his recently deceased wife.

The first trailer for the show is quite nerve-wracking to watch, and seems very promising indeed.

With this excellent cast and Weisberg and Fields behind it, the show will hopefully deliver on that promise. “The Patient” airs on Hulu on August 30. The first season will be 10 episodes long.