Studying Talmud Every Day Is Helping Me Harness My Rage 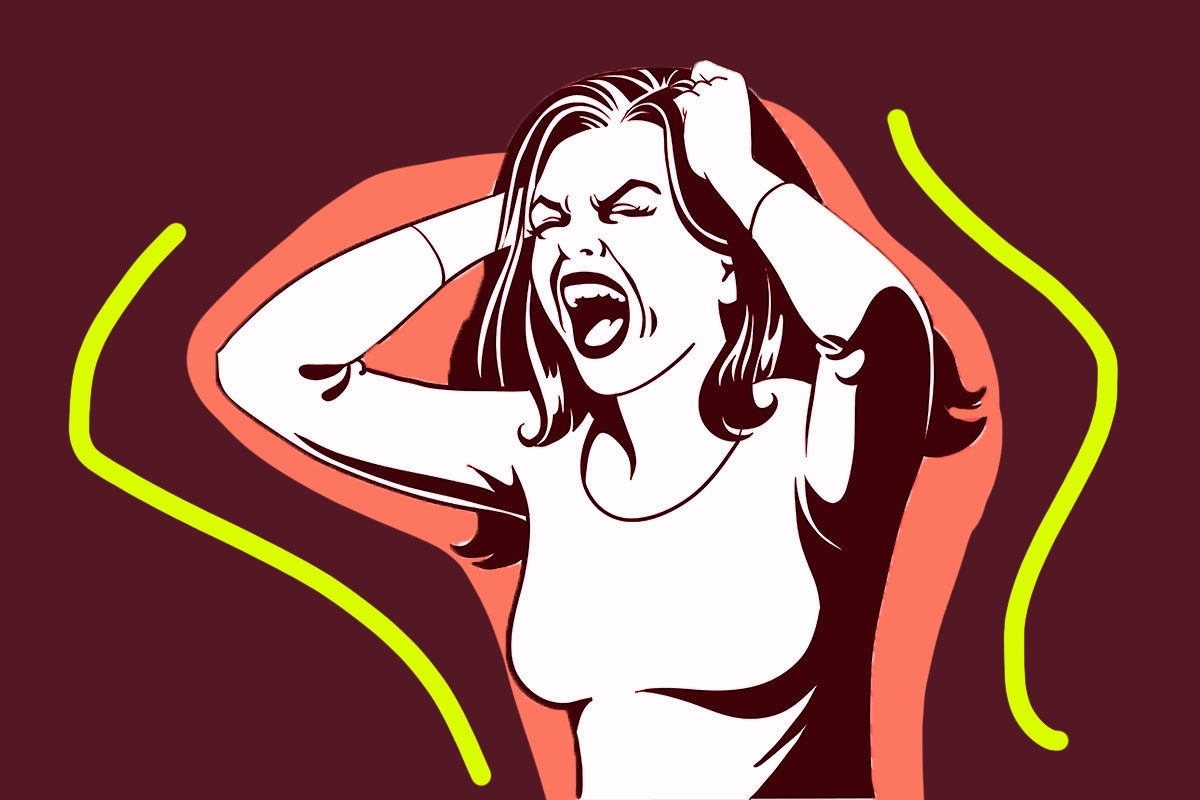 Five days into this new decade, I started daf yomi, the seven-and-a-half-year Talmud study that examines one page of the ancient text each day. Overwhelmed by the pressure to do something important in the 2020s — especially after the 2010s seemed to have vanished in a blur of new parenthood and family life — the idea of joining “the world’s largest book club,” where all participants study the tract of Jewish law at the same pace, seemed like a rare opportunity.

Like many women in their early 40s, I’d only recently reached a moment where I felt like I could come up for air and think about myself. When I did, I realized how many of my career, parenting, and Jewish-practice decisions I’d made by going along with someone else’s expectations. I was seeking meaningful change, personally, professionally, and spiritually.

I had some sense of what that change should be: After a career in journalism, I realized that I didn’t want to be neutral anymore, dutifully reporting both sides of an issue and striving for the middle ground. I wanted to use the voice I’d refined to mobilize people to action; I wanted to speak out against policies that perpetuated structural racism and socioeconomic inequity. I wanted to wake people up to the injustice taking place in front of us every day, both nationally and locally.

Yet, as an affluent white woman, I wrestled with feeling like a fraud and a hypocrite each time I spoke out against the systems that I had benefited from all of my life — and never more so when a social and political issue intersected with Judaism. When anti-Semitic acts made their way into the news, I often landed somewhere between two deeply divided positions, disappointed by my own confusion. I was glad, for example, that politicians took action against increased anti-Semitic violence in New York. At the same time, however, I was fearful that the call for increased police presence would target Black residents in neighboring communities. The dialogue around the issue didn’t seem to leave room for both positions, and I didn’t feel confident I had the tools to navigate between the two.

Studying Talmud each day, in a virtual partnership with people all over the world, seemed like it might help me get on solid footing in both a social justice and a spiritual sense. And so, I signed up for a daily email summary from MyJewishLearning with a link to the text in English and Hebrew, and I joined an online discussion group.

Perhaps I should have predicted this, but conflict rose immediately: Commenters began arguing, viciously, about the role of women in Orthodox Judaism. Alarmed, I quit the group. I didn’t lack opinions on the subject, but I wasn’t even sure I was interpreting the text correctly. How could I enter a debate unless I was secure in my thinking, with an argument backed by citations?

Instead of a discussion group, I kept to humorous Twitter recaps. And although I stuck to the schedule, the rocky start left me skeptical. I’d never attempted serious Talmud study before, and without a discussion group to hash out these arcane writings, I began to doubt that I’d be moved by the painstaking debates of past centuries. (How many modern debates, really, can be resolved by checking the color of your rooster’s comb?)

As I read my daily page, I found myself thinking: This is the foundational text at the root of Jewish culture and practice? To me, the Talmud seemed like an interesting historical document, but nothing more. After all, the text goes on for pages over when to say the morning shema, something that’s determined, in part, by the amount of sunlight needed to recognize an acquaintance from four cubits away.

I was becoming convinced this had zero relevance in my life. But within a week — far sooner than I expected — some of that sunlight shone on my own path.

The first volume is titled Berakhot, or blessings, and its seventh page opens with a question about God and prayer. How do we know that God prays? And if we do, what does God pray for? The answer is straightforward: God prays for anger management. “God is furious,” the text says, “every day.”

When I read this passage, I immediately saw myself. I realized I’m not simply confused or overwhelmed: I’m deeply angry and afraid. I am angry about my vanished decade, personally, and about how we all looked the other way as our world overheated and the hatred in our country pushed its way to the surface. I’m angry about our complacency with the status quo, and I’m afraid that I don’t have the skill or power to do anything about it.

Though I work hard to manage it — to literally act toward my children with the attribute of mercy, as the text says, God prays to do — I feel furious every day. And though I’ve tried to channel my anger into activism, when my faith and politics clash, my fear conquers my anger and it silences me.

The truth is, I have trouble voicing my opinion when the issue makes me feel vulnerable. For example, I proudly wear my “We Are The Squad” shirt, representing the new women in Congress, but I also have hurt feelings about what Ilhan Omar said about AIPAC and “the Benjamins.” I’m genuinely afraid about the rise of anti-Semitism in this country — a local rabbi’s house was set on fire, twice, last year — but the conversation around it seems to focus on blame instead of unity. I’m not sure how to address these topics with both nuance and knowledge, and so, I stay quiet. And then I find myself even angrier than before.

But then, discovering God’s daily fury, a week into daf yomii, changed my perspective on both myself and the Talmud. Seeing a piece of myself on the pages opened me up to how the text wrestles with the age-old clash between daily life and belief. I had been treating the text as a legal debate: Here’s the rule, here’s the precedent. But the reality is, in the Talmud, messy, inconsistent humanity is a feature on every page. There are exceptions made for every circumstance. The question over what time to say the shema, for example, addresses the possibility that you partied hard at a wedding and forgot. The prohibition on bathing during mourning is exempted for someone who argues that not bathing will only make him suffer more.

That’s not to say the Talmud is filled with benign debates. On a good day, the rabbis disagree with cutting wit and sarcasm; on a bad day, they call for their rivals to be put to death. Yet no one gets “canceled” —  the debate rages on, as it has for thousands of years. And in studying daf yomi, we rise again to begin it each day, no matter how unpleasantly things ended the night before.

This, I realized, was at the source of so much of my discomfort and confusion. I was hiding my vulnerability and avoiding deep, potentially meaningful disagreement for fear of exposing it. I thought my viewpoints needed to be intellectually infallible, ignoring the fact that my lived experience has informed them as much as any path of study. Whenever I wasn’t 100 percent confident on something, I simply exited the conversation — depriving myself of both the opportunity to speak and  to listen.

Committing to daf yomi, however, is forcing me to stay in the conversation, no matter how uncomfortable it gets. I have no idea what the next decade holds for me, but I have a new sense of how to meet it: day by day, page by page, giving voice to both my opinions and my emotions.

If Jewish law was formed, in part, by fear and fury, my own fear and fury are critical in shaping my actions and character in the years ahead. And in exchange for that sense of rightness, I need to acknowledge my own wrongness, too. I need to stay in when I’m challenged, listen as I want to be listened to, and be honest about my own messy, inconsistent humanity, just as the rabbis were.