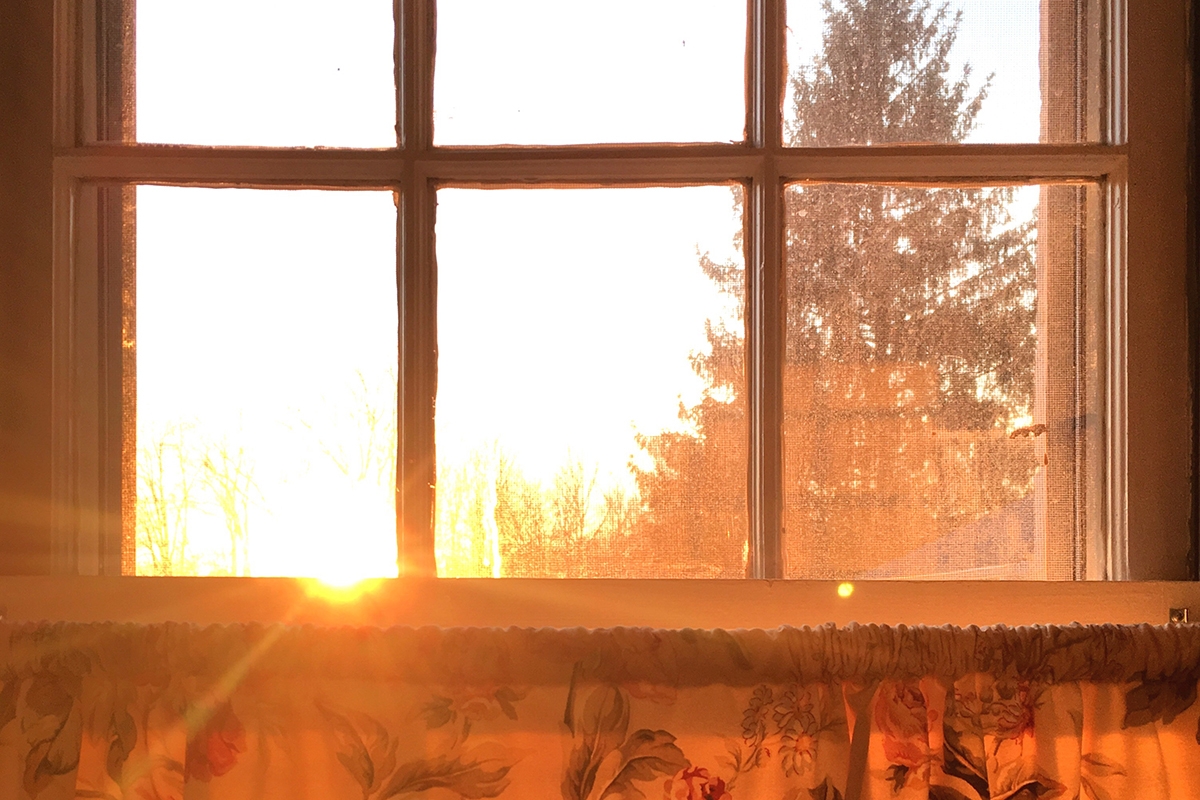 I have a complicated history with prayer, even though my love language is “words of affirmation.” I’ve been a religious Jew all my life, so I’ve always loved the idea of prayer, of connecting with and serving God through words. And yet, I’ve never been someone who prays daily or with any real consistency.

During my many years at Jewish day school, my peers and I prayed together daily — and I always hated it. It became infused with the stench of mandatory schoolwork, so I rebelled against it. It felt so constrained, without room for variation or personal connection. Besides, enjoying prayer seemed to be for nerds, and I was adamant that I was not a nerd. (In reality, I most certainly was, but I would be damned if I did anything to show it, middle school social capital being what it was.)

Every year, though, I’d pray at home on Rosh Hashanah and Yom Kippur. Emphasis on at home, on my own terms, just me and God. I’d close myself in my dad’s office, the smell of old books enveloping me, and I’d read the ancient prayers in English translation, so I could understand each word. Sometimes it felt like a drag and I’d often flip ahead, to see how many pages were left. And yet, it was meditative, too. Familiar but always infused with new meaning.

Why don’t I pray more often? I wondered. I love this.

And so, each year, for a few days after the High Holidays, filled with hope and inspiration, I would pray after school. Then I would invariably get busy and miss a day, then another, and then just drop it all together.

If I couldn’t do it daily, why bother? I thought.

This was essentially my attitude for many, many years. Being a perfectionist, I struggled to pray at all if I couldn’t commit to doing it every single day, forever and ever. As soon as I missed a single day, that was it —  I was off the wagon.

Things began to shift, as they so often do, when I had kids. In those early years of motherhood, I felt as though I could barely think straight, much less find the time to pray. I was grateful for my perfect daughters, born just two years apart, but becoming a mother felt less like a miracle and more like a natural disaster.

I felt cheated by how hard motherhood was for me. Rather than reaffirming my faith, childbirth had left me feeling broken. I felt let down by a religion that championed motherhood but hadn’t prepared me for or supported me through the realities that it entailed. I was mad at God for making it so painful and difficult. I was mad at everyone ever for not worshipping mothers for all we go through to bring new lives into the world.

I still believed in God and the Jewish emphasis on having and raising children. But if raising little ones was going to be so difficult, then I figured that it was enough: Motherhood became my main act of religious service. Anything else beyond the bare minimum of observance was on the backburner. And so it was, for four years.

But recently, I surprised myself by wanting to pray again. I found myself drawn suddenly and powerfully to Anne Lamott’s irreverently reverent books on faith and prayer. I don’t believe in coincidences, so to me, this was a sign. I’d felt like something was missing and I realized that that something was God.

And so, in April, I began praying before taking my kids to school in the morning. I give them bagels on the couch and tell them I’m going to daven (pray). Sometimes they barely take notice, absorbed in their breakfast and cartoons; other times they wander in to keep me company or to get into things they shouldn’t, right under my nose.

As a mom raising two daughters with Jewish values in a Jewish home, it’s important to me that they see me serving God every morning, since they’ll learn those values best by seeing them in action.

I do a highly abbreviated Shacharit, the morning prayers. After my coffee, I say Modeh Ani, the prayer you’re supposed to say as soon as you rise, while retrieving a headscarf I keep in the front hall closet. I do negel vasser, the morning hand washing ritual, in the kitchen sink and slip into a pair of shoes on my way to my husband’s siddur. It’s propped up in our dining room, so that if I stand in front of it, I’m facing East, towards Jerusalem. Then I say the short morning blessings, the first paragraph of the Shema and the full morning Shemona Esrei, which I think of as the main event.

It isn’t perfect and that’s still hard for me. But I’m trying not to be too hard on myself. It’s a practice in the subtle art of good enough. Showing up every day, for God and for myself. If I forgot yesterday, I let it go and try again today. If I screw up today, skipping an important passage by mistake or saying the weekday prayers on Shabbat, I forgive myself and tell myself that I get to try again tomorrow. When I feel bad that I don’t say Modeh Ani immediately upon rising, like one is “supposed” to do, I try to feel positive that I bothered to do it at all.

I truly believe in the power of prayer, that my words go straight up to God’s ears and have an impact. But I also believe that regardless of all that, prayer has immense psychological benefits —  there’s so much power in gathering up your troubles and passing them into God’s hands.

There’s also power in showing up, day after day, and repeating the same words again and again. It’s meditative, especially if you can really focus and not let your mind wander.

What’s more, the words themselves are powerful — written hundreds of years ago, like formulas that hold the keys of the universe, coded just so, to connect us mere mortals with God. Reciting verses about God’s omnipotence reminds me of the higher power at play, and makes this chaotic world feel just a little safer and more orderly. Reading about God’s kindness and mercy helps me feel those things towards myself.

What’s more, my practice of (almost) daily prayer has begun to bolster my faith in God — and in myself. If you read about how much God loves and cares for you each day, you can’t help but start to believe it.

Honestly, it’s not a bad way to start the day. Maybe I won’t be able to keep it up every day, forever and ever. But for today, it’s enough. And so am I.