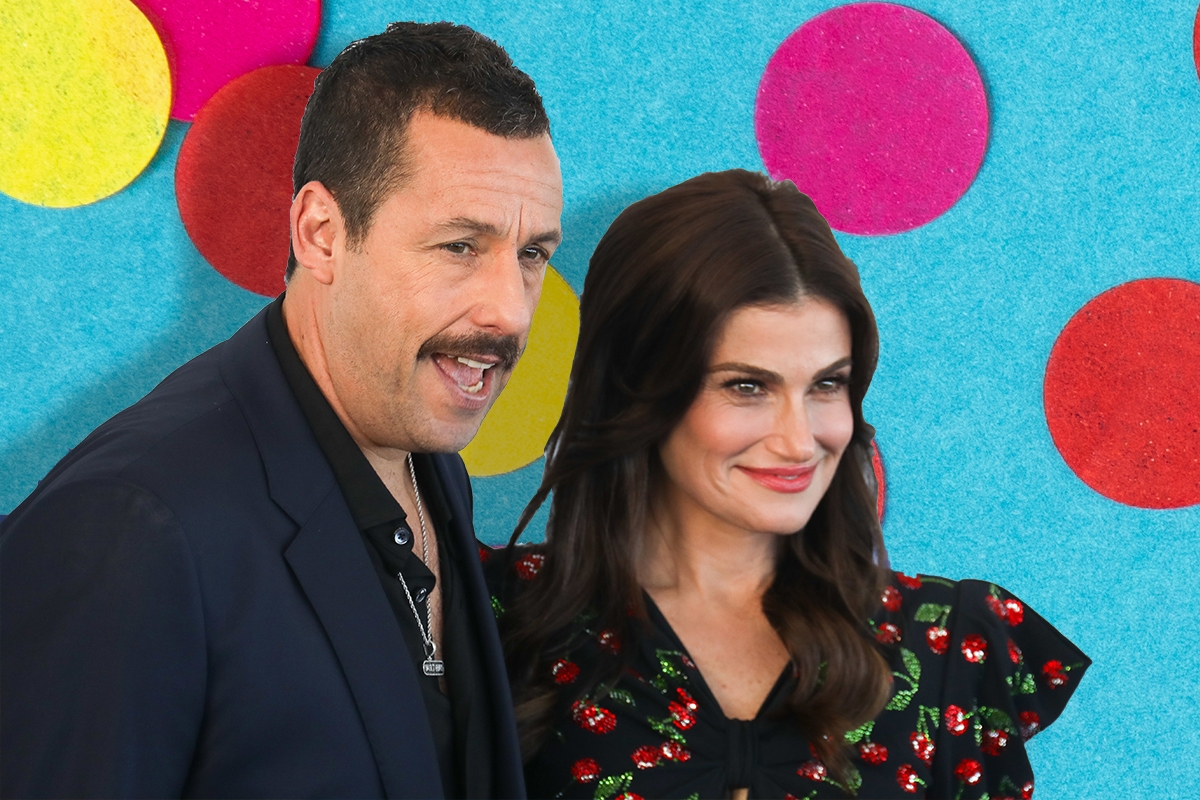 Last month, I wrote for Kveller about how excited — and hesitant — I was that Adam Sandler is turning my favorite Jewish YA novel, “You Are SO Not Invited Invited to My Bat Mitzvah,” into a movie for Netflix. The story, set in the mid-2000s, follows 13-year-old Stacy Friedman as she prepares for her bat mitzvah and deals with boy and friend troubles along the way.

Since then, author Fiona Rosenbloom (or should I say Amanda Stern — Rosenbloom was apparently a nom de plume this whole time!) reached out to provide some important information to quell my anxiety.

In my piece, I wondered how Adam Sandler would navigate aspects of the book which are problematic. Namely, I questioned how Sandler and the team would address character Andy Goldfarb’s exclusive use of AAE (African American English) and how the character of Stacy fat shames her brother.

Not only did Amanda read my essay, she responded to some of these points:

I love this so much. Also, I SO appreciate your re-reading of it, and am taking your analysis as advice when we edit for re-issue. (In the movie, Arthur has been swapped out for a sister, and Andy G has been altered!)

Over the last few weeks I have marveled at how thoughtful this approach is from both Amanda and, seemingly, the team at Happy Madison productions. Any nerves I’ve had about the adaption have since transformed into eager anticipation. Thankfully, I haven’t had to wait too long for more news about “You Are SO Not Invited,” as yesterday the cast list was announced yesterday!

And, folks, it’s beyond my wildest dreams.

Per Variety, Adam Sandler, teen daughters Sadie and Sunny and his wife Jackie will all be co-starring in the film!!! Though specific role assignment were not included in the announcement, Amanda’s tip that the film will replace Stacy’s brother with a sister leads me to believe that Sadie and recent bat mitzvah girl Sunny will play the Friedman sisters. With this in mind, I’m willing to speculate that Jackie Sandler might play Stacy’s mom Shelley and the Sandman will play Stacy’s father, Morton.

Additionally, Jewish actress Idina Menzel and Jewish comedian Sarah Sherman are on the cast list!!! This will mark the first time Menzel and Sandler have worked on a film together since 2019’s “Uncut Gems.” Clearly, Idina was excited about reuniting with Sandler.

“He had me at hello. @adamsandler is a friend and the best person to work with. Ever so excited,” Idina wrote in an Instagram caption.

Personally, I’m crossing my fingers that Sarah Sherman plays Delilah, the non-Jewish new girlfriend of Morton Friedman, and that Idina plays Rabbi Sherwin. (Technically Rabbi Sherwin is a man in the book, but a girl can dream, right?)

Having an incredibly Jewish cast list for an extremely Jewish movie is, unfortunately, very refreshing and I absolutely cannot wait for more updates on “You’re So Not Invited to My Bat Mitzvah.”