The First Jewish Ritual We Taught Our Daughter 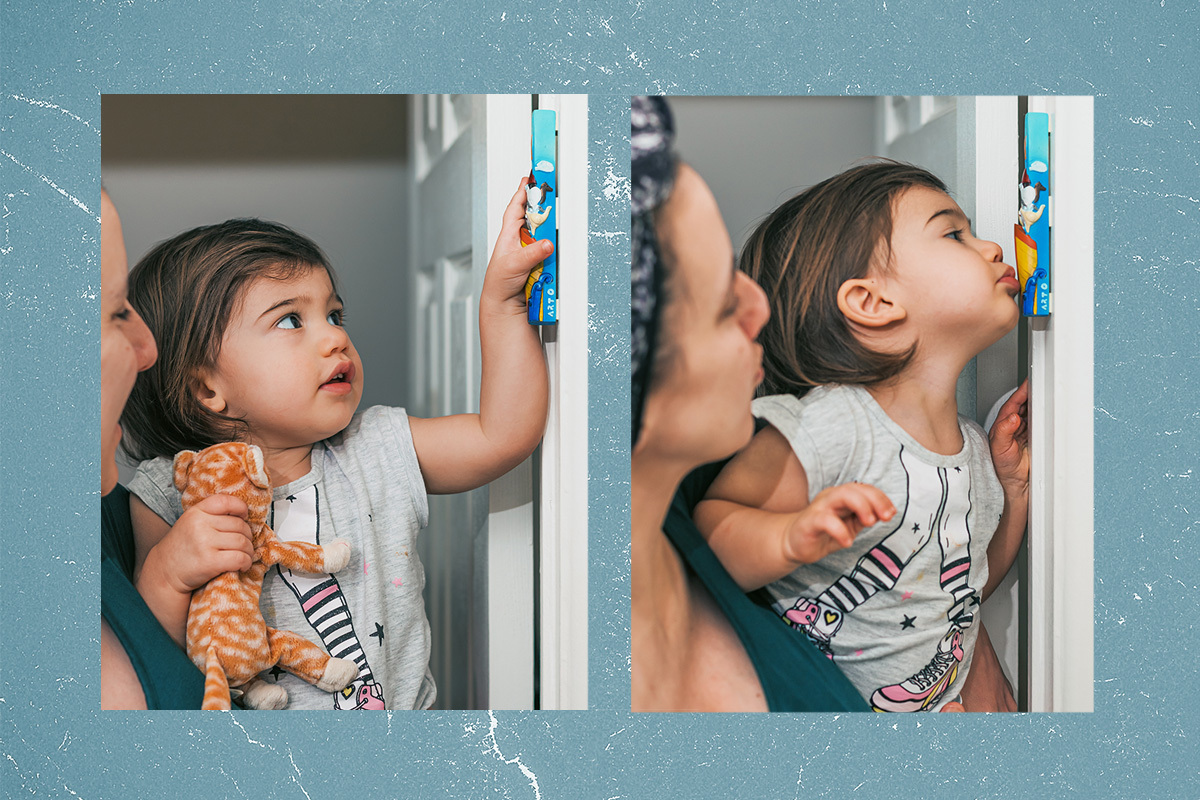 As an Israeli American Jewess, born in Haifa and raised in Philly to “culturally Jewish” parents, Jewish ritual was touch and go in our household. Living in Israel makes it a bit more “obvious” that you’re Jewish — with Hebrew everywhere, religious folk milling about and synagogues aplenty. But in America, the struggle to be Jewish was ever more present, especially as my younger sister and I just wanted to “fit in” with the other kids, most of whom weren’t Jewish.

When I got pregnant with my first, my husband Nathan (also an Israeli American, lucky us, double the confusion) and I would intermittently chat about how we would raise our kids, Jewishly.

We kept hearing over and over from friends and family that, regardless of Jewish schools, synagogue attendance or summer camps, the biggest influence on Jewish identity seemed to be what goes on at home. So many of my own Jewish memories come from my mom’s Friday night Moroccan fish, Hanukkah candle lightings filled with warmth and quippy banter, and from the way my parents viewed the world and reflected meaning back to us through the lens of Jewish tradition.

Our families’ hands-on role-modeling of Jewish rituals set the foundations for my husband and I to explore a deeper connection to Judaism independently, later in life. We wanted to teach our daughter the same rituals, starting with kissing the mezuzah.

As a kid, we moved around a lot, and the mezuzah felt like a comforting constant; no matter how many times our home changed, there was always a mezuzah. Plus, I had many fond memories of my Israeli family extending a hand, touching the mezuzah, and bringing their hand to their lips for a kiss with such cool nonchalance, like it was just a thing we all do. I wanted to be a part of that! Bringing the mezuzah-kiss back to America after our occasional visits to Haifa meant a lot to me as a kid, it helped me feel like I was still connected to my Israeli family and upbringing, despite being so far away.

Equal parts spiritual and nostalgic, our mutual mezuzah love-fest made it a natural first ritual to share with our daughter, Auri.

Auri loved the idea of being lifted up in the air, and kissing a cute little thing hanging on the doorframe. We started doing it with her when she was around 9 months old, when we moved into an RV for the year (story for another day). The first few times that we brought her attention to the mezuzah, she simply observed and mimicked, but after a little while she would initiate, saying “mezuzah” and “kiss.” Kissing the mezuzah became a ritualistic action that she could count on doing with us every morning. She would wake up, we’d bring her into our room to change her diaper and nurse, and upon leaving the room, she would know that it was mezuzah-kissing time. There was nothing sweeter than seeing Auri grow in connection with the simple yet deeply meaningful action of honoring, reconnecting and sanctifying her connection with the Creator, Judaism and her own Jewish identity in the making.

We’ve since moved out of the RV and back into a non-mobile home, and the mezuzah is still a constant. Our shared, special bond with the mezuzah is a reminder that we are all connected to each other, and a higher power, in our own, unique way. That no matter which doors shut, and which others open, the mezuzah (and our love for each other and our tradition) will remain a solid touchstone.