The Hottest Jewish Baby Names for 2018 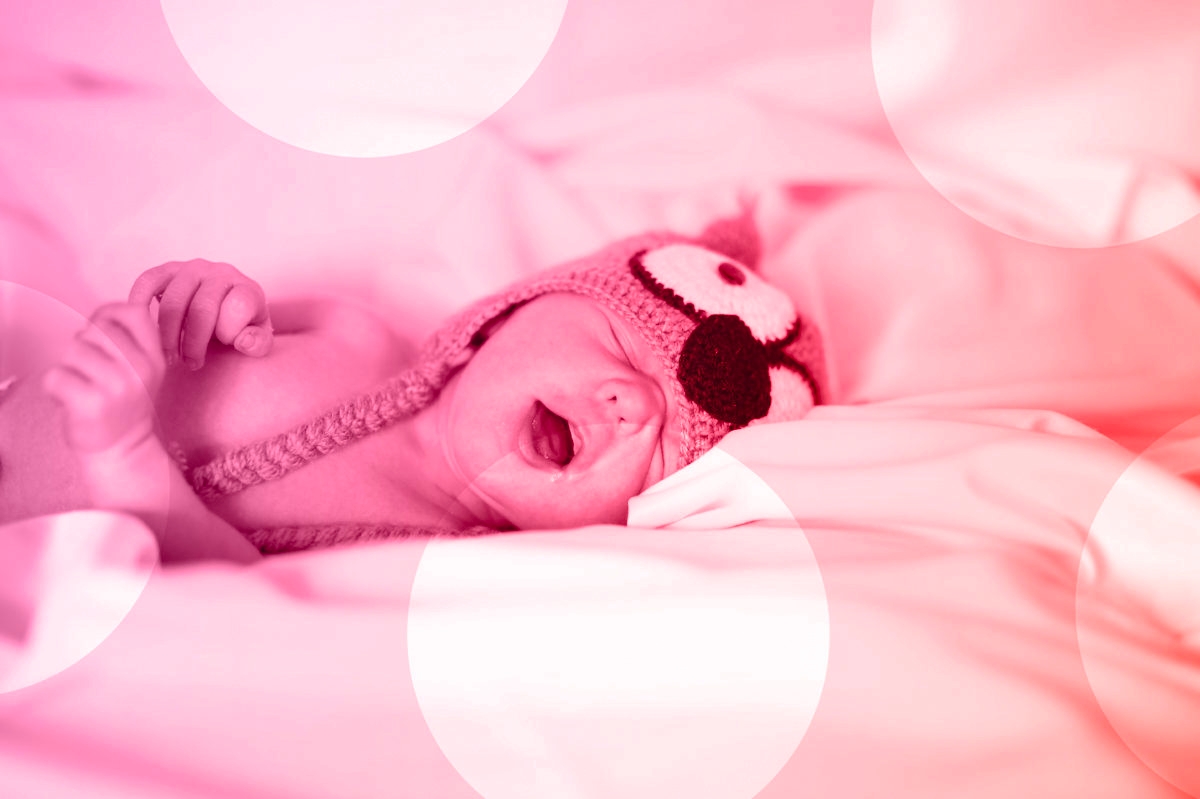 It’s time to play the name game! And no, we’re not talking about the classic 1960s pop song.

Rather, it’s time for our predictions for 2018’s most popular Jewish baby names.

Last year was a a big year for names inspired by Game of Thrones and Star Wars — and can you really be all that surprised? Both franchises may be on hiatus this year, but there’s no doubt that their pop-culture pervasiveness remains unparalleled.

For Jewish families in particular, Israeli trends can also influence name popularity here in the U.S. — certainly some of the most popular baby names right now in Israel are definitely worth checking out. In the U.S., some of the old favorites for girls and boys made the list in 2017, and will likely do so again.

Here’s what we predict will be 2018’s favorites (and don’t forget to check out our Jewish baby name bank here for more inspiration):

1. Raziel. Raziel is Hebrew for “God’s secret.” Because of Rey’s current popularity, thanks to Star Wars, it can be used as Rey/Ray for short!

2. Solomon. Solomon is Hebrew for “peace.” In the Bible, King Solomon (Shlomo) built the First Temple in Jerusalem. Sol could be a cute nickname (and still serious!).

3. Jeremiah. Jeremiah is Hebrew for “God has uplifted.” He was also the prophet who foretold the destruction of Jerusalem at the hands of the Babylonians. You could also use Jerry for short.

4. Asher. Asher means “happy” in Hebrew. In the Bible, Asher was the eighth son of Jacob, and one of the 12 tribes of Israel. This was one of the top baby names for 2017.

5. Matthew. Matthew means “gift of god” in Hebrew. Mattathias the Priest was the leader and father of the Maccabees, who defeated the Assyrians in the story of Hanukkah.

6. Benjamin. Benjamin means “Son of right hand” in Hebrew. Benjamin, the youngest son of Jacob, was one of the 12 tribes of Israel.

7. Ethan. Ethan, or Eitan, means “strong” or “enduring” in Hebrew — traits you’d want any child to have.

8. Ezra. Ezra means “help” in Hebrew, and was a scribe and leader of the people of Israel returning from Babylonian exile. Ezra Miller, who starred in the last Harry Potter movies (Fantastic Beasts) is an up-and-coming Jewish actor.

9. Uri. Uri is a Hebrew boy’s name that means “my light.” This is one of the top names in Israel.

10. Omer. Omer is the Jewish ritual of counting the forty-nine days between Passover and the Feast of Weeks. It is also a Hebrew boy’s name meaning “first born son, flourishing, long-lived, eloquent and gifted speaker.”

13. Adam. Adam is a Hebrew boy’s name that means “earth.” Adam was the first man who God created.

14. Jonathan. Jonathan is Hebrew for “God has given.” Yonatan was the son of Saul who became the best friend of King David. Yonatan is the same name as Yehonatan. You can, of course, use Jon for short.

16. Elijah. Elijah is a Hebrew name meaning “the Lord is my God.” He was a prophet and his return is considered a harbinger of the Messiah.

17. Michael. Michael is a Hebrew name meaning “who is like God.” Michael is also the name of an angel in Jewish tradition.

18. Noah. Noah is a Hebrew name meaning “comfort.” Noah built an ark to save his family and representatives of each animal species from God’s mighty flood.

1. Elizabeth. Elizabeth is a Hebrew name meaning “God is my oath.” Elizabeth Taylor may be one of the most well known modern Jewish women (and one of the most famous converts to Judaism). This was one of the top names in 2017, and has a wealth of nicknames, like Liz or Lizzy, for instance.

2. Sadie. Sadie is a nickname for Elizabeth, which is a Hebrew name meaning “God is my oath.” Sadie is both sweet, fun, but not too childish either.

3. Eliza. Eliza is another nickname for Elizabeth, which is a Hebrew name meaning “God is my oath.” Eliza is such a strong, powerful name, who wouldn’t want it?

4. Lila. Lila is a Hebrew name meaning “night.” Who doesn’t want this name?

5. Hannah. Hannah is a classic Hebrew baby name meaning “grace.” She is also the biblical mother of the prophet Samuel.

6. Ellie. Ellie is a (yet another!) nickname for Elizabeth, which is a Hebrew name meaning “God is my oath.”

7. Eliana. Eliana is a Hebrew name meaning “God has answered.”

8. Abigail. Abigail is a Hebrew name meaning “my father is joy.” In the Bible, Avigail becomes one of King David’s wives. This name is continuously on every list and is one of the most popular across the country.

9. Noa. Noa is a Hebrew girl’s name meaning “movement.” Noa was one of the five daughters of Zelophehad — and one of the most popular names in Israel.

12. Yael. Yael is a Hebrew girl’s name meaning “mountain goat.” Yael is one of the few female prophets in the Bible.

13. Lia/Leah. Leah is a Hebrew girl’s name meaning “delicate.” In the Bible, Leah was one of Jacob’s wives.

15. Kayla. Kayla, similar to Kylo (a name popular thanks to Star Wars), is a Yiddish girls name meaning “laurel” or “crown.”

16. Genesis. Genesis is a Hebrew word meaning “in the beginning.” It is also the first book of the Hebrew Bible (Tanakh).

17. Hila. Hila is a Hebrew name meaning “sparkle.” Considering everyone loves all things that glitter and sparkle, why not name your bundle of joy something we all love?

19. Ilana. Ilana is a common name for girls born around Tu Bishvat, as it is a Hebrew name meaning “tree.” Also, naming your kid after Ilana Glazer doesn’t seem like a bad idea.

20. Iris. Iris is a Hebrew name meaning exactly what it is, the flower “iris.” Flower names are becoming increasingly popular for girls — and this name is a classic.