The Israeli Ultra-Orthodox ‘Real Housewives’ Is a Delight 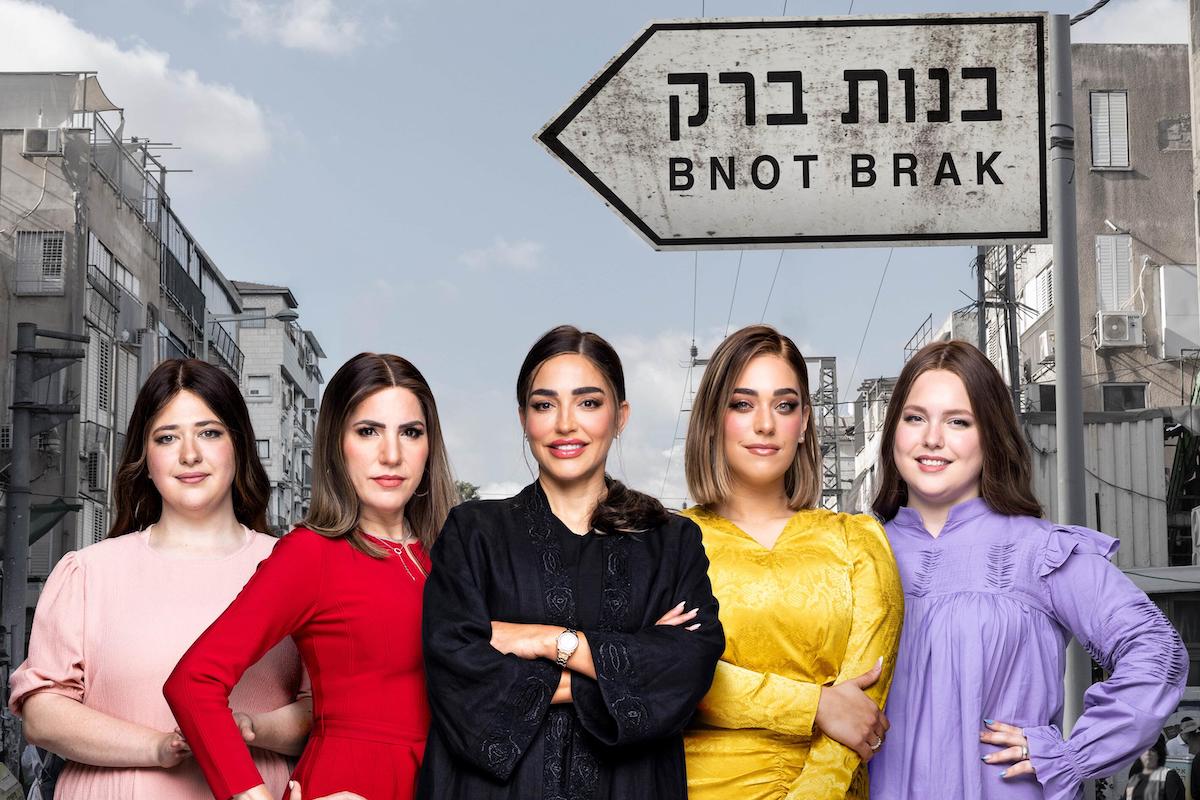 This month, a truly unique Israeli reality show premiered on the HOT entertainment network. It’s called “Bnot Brak,” a pun on the Israeli ultra-Orthodox city Bnei Brak. Bnei means “sons of,” and “bnot” means “daughters of” — and the show’s subjects are five women from the Haredi sector who have roots in the neighborhood: Nana Halperin, Simi Hershkop, Ofra Shimoni, Yael Silverman and Esty Socolovski.

Some would call it the Israeli version of “My Unorthodox Life.” Like the hit Netflix show, it follows successful, glamorous women who were born into the Orthodox Jewish community. But unlike Julia Haart, all five stars of “Bnot Brak” still identify as Haredi — even if they don’t purport to speak for their community. They are all, in their way, social media influencers, independently successful beyond the show. Many are part of a growing group of “modern” Haredi women (though they don’t all accept the term modern) who make their living through social media, many as beauty influencers, make-up artists and head-covering makers.

Hershkop runs “Dos Celebs,” the biggest entertainment Instagram in the religious sector. The word “dos” is Israeli slang for religious people, and it’s often used in a derogatory fashion, but Hershkop has taken both the term — and the idea of a celebrity gossip account — and given it a positive spin. As Hershkop says about the account in the show, “It doesn’t have to be bad gossip, there can be good gossip.”

As for the other stars of the show, Shimoni is an entrepreneur who works in the design and architecture sphere, Silverman is an activist and wig maker, Socolovski runs a popular make-up page and Halperin is a stay-at-home mom who previously ran an accessory line, and who and uses her Instagram to get secular Jews to appreciate her Haredi community.

“My worldview is Haredi,” Halperin, who comes from a wealthy family, says in the show; her exterior, the fashion forward mom of five admits, might seem less so. She wants to show the world a more refined and classy version of her city, which is one of the most populous, and also one of the poorest, cities in Israel.

It could be that “Bnot Brak” is better defined as the ultra-Orthodox version of “Real Housewives,” because it represents what the life of an average housewife is like just as well as the American reality TV show franchise — which is to say, not really at all. Except you won’t find much drama here — these women take the whole lashon hara thing pretty seriously. Instead, they work together on a women’s only “chulentia,” a Thursday night pop-up that offers cholent, a hearty Shabbat stew.

The show also covers some serious issues. In one episode, Hershkop talks about some extensive bullying that she experienced as a child and teen in Bnei Brak from her fellow female students. (Along with Dos Celebs and other Orthodox influencers, she created an online anti-bullying campaign aimed at the religious sector.) It’s clear these women are both brought up, and down, by their fellow religious Jewish women.

“Bnot Brak” aren’t exactly your average, well, bnot braks, especially in this particular Jewish community where most rabbis agree that social media shouldn’t be used by anyone — least of all women. This summer, a group of Orthodox Jewish influencers who all closely resemble the stars of “Bnot Brak” collectively closed their social media accounts after a rally that exhorted Orthodox Jewish women to leave their internet accounts behind.

The stars of “Bnot Brak” know most rabbis would not be down with their social media presence — and they all have different ways of mitigating that. Nina Halperin says she feels like God’s messenger on Instagram. Hershkop says she believes social media has to be part of contemporary Haredi life. And Shimoni says she would never be on Instagram if it wasn’t for her business.

The women have differing views about many other hot topics — while some, like Esty, drive a car, others get chauffeured by men (and the occasional female taxi driver). They also don’t all agree about whether Haredi boys deserve to get a good core education, a hot topic in Israel long before the recent New York Times report about secular education in Hasidic Brooklyn. In the Jewish state, most women do get to study topics like math, English and science, while boys are confined to religious studies only. Hershkop and Silverman believe their sons deserve to get a good general education, while Halperin recently revealed that she’s against Haredi boys studying outside the religious sphere.

They also have different ways of mitigating the tensions between their families’ more strict observance and theirs. Hershkop’s siblings and parents, for example, do not know anything about Dos Celebs or the show, while Silverman sends her offline father missives about the show.

The women’s families do play an important part in the show, however — most specifically, their husbands (and in Halperin’s case, her grown sons). For the most part, they appear to dote on their successful wives and seem active partners in celebrating and enabling their accomplishments. Some very sweet scenes include conversations between partners, like Shimoni talking about how her husband supported her through the loss of her mother before they married.

“The most Haredi thing is to tell others that they’re not Haredi,” Silverman joked in a recent TV interview.

These are not the same characters we see in shows like “Shtisel” or “Unorthodox” — all five women are empowered and loud and for the most part incredibly joyous. The conflict that one would expect from a show about Haredi women is often absent; there’s no discomfort, no sense that they don’t belong, no sense of them being cowered into making themselves smaller. Even when opening up about their most conservative views, these are five women happy to take their space and own their differences.

“Bnot Brak” is meant to be enjoyable — a reality TV romp that you watch after a long day at work. “Haredi girls, they want to have fun,” it seems to say. And they do. And honestly? It’s quite compelling to see them when they shine.

“Bnot Brak” isn’t currently available outside of Israel (though you can stream the first episode!) but you can follow its stars on social media:

A marathon runner, Halperin also started a mass candle lighting initiative in her home town of Tel Aviv. Growing up as one of the sole Haredi families in the secular city, she decided to raise her five sons in Bnei Brak. On Instagram, she shares her cooking tips and biblical verses. For 15 years, she ran the accessory brand Nana H, until she sold it. And if you’re wondering, Nana is short of Shoshana.

Simi Hershkop on Dos Celebs / on her personal page

Hershkop grew up in Bnei Brak and left the city with her husband for Jerusalem after feeling, for years, like an outcast. Now she runs one of the biggest religious celebrity gossip Instagram pages. Through Dos Celebs, she mostly shares items of secular or less religious celebrities doing things that bring them closer to observance — praying, putting on tefillin and more.

Ofra Shimoni is a connection persons — she runs two magazines, “Dira Naa” and “Bufet.” She makes connections between vendors and architects to create some beautiful homes, which she later shoots for her magazines. Very few of these apartments are actually in Bnei Brak, which Shimoni says is full of opulent and meticulously built houses, but incredibly closed off.

Yael Silverman is by far the most radical of the girls — I mean, she listens to Haaretz’s weekly podcast! She considers herself a feminist! She makes politically-minded TikToks! She’s also a hoot. The 27-year-old mom is a wig maker, and her Instagram page is also very business minded, with advice, explainers and tips on how to buy and style a wig.

Esty does not consider herself a Haredi influencer. A make-up artist with an infectious spirit, she lives with her husband and three kids on the Bnei Brak/Ramat Gan border. She does work a lot in the Haredi sector, doing make-up for brides and events. Esty is definitely an audience fave for how vibrant, confident and delightful she is. “If I don’t bring myself up, who will?” she paraphrases the famous saying in the show.