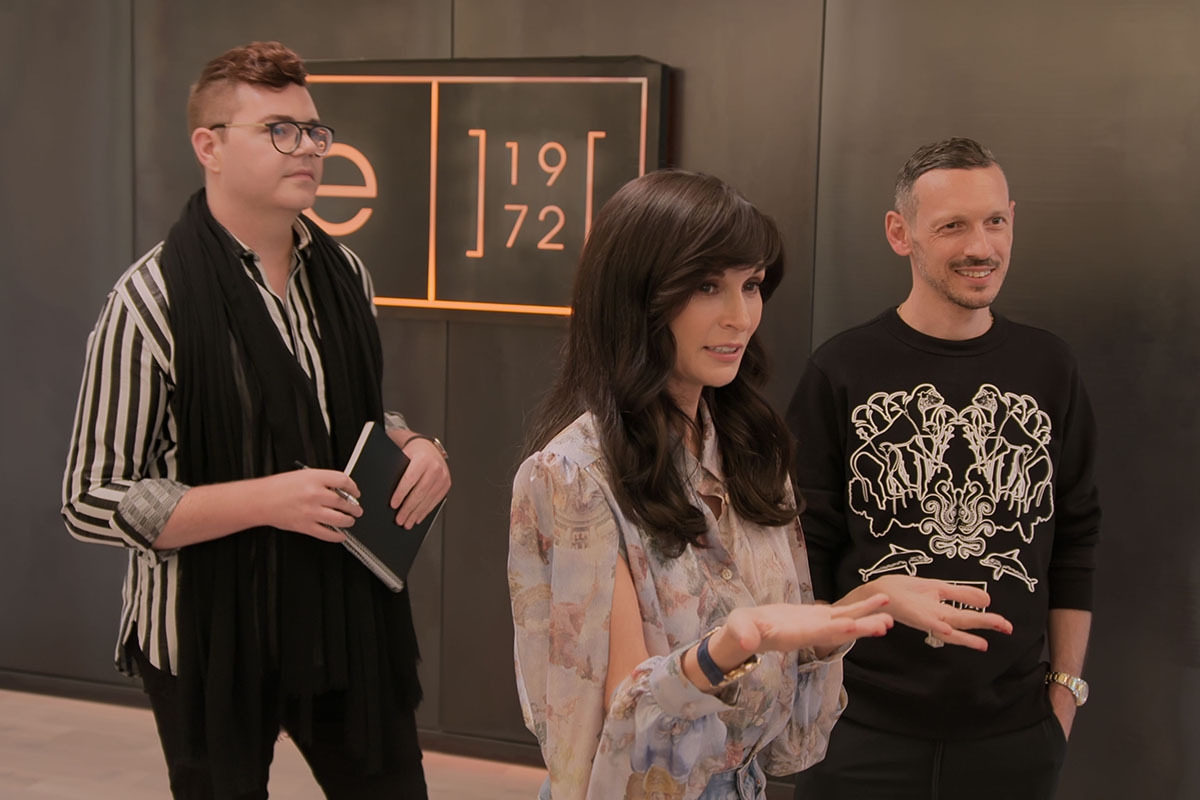 The new Netflix reality show that everyone is talking about has a very catchy name: “My Unorthodox Life.” Since its release last week, it has inflamed some segments of the Orthodox community, who decry the show’s negative portrayal of Orthodoxy.

Like a spate of memoirs, TV shows and films about those who’ve fled Orthodox Jewish communities (including the hugely successful 2019 Netflix miniseries, “Unorthodox,” adapted from the Deborah Feldman novel by the same name), it tells the world that Orthodoxy is abrasive, abusive and restrictive — and, in this tight-knit community, this criticism is often taken personally.

Before becoming an uber-successful fashionista, Haart was a Jewish studies teacher. I never had Haart as a day school teacher, but apparently many of my former neighbors and classmates from Atlanta, where I grew up, have fond and now complicated memories of her teaching, and of her devotion to her students, the bible and Judaism.

In fact, it’s one of her former students who is leading the charge against the show: Alex Fleksher, an educator, writer and activist, launched a social media campaign to call attention to the scores of Orthodox women who are “leading happy, healthy and fulfilled Orthodox lives.” As she wrote on Facebook, “I’m a spiritually striving, discerning Orthodox woman who loves the best that this physical world has to offer. Who are you? Join me in sharing who you are as an Orthodox woman. Let’s let the world know. #myorthodoxlife #frumpride #thisisorthodox”

Since Fleksher posted on July 14, my social media feeds have been inundated with posts on this topic. Someone even made a website to collate them and, as of July 19, there are more than 100 entries.

What’s been bothering me about the dialogue and backlash surrounding the show is that, while I have had many rich experiences as an Orthodox Jewess — I mean, I’m still here — I have also struggled with Orthodoxy. I am frustrated by the emphasis on women’s bodies as sexual objects. I am infuriated about the gendered disparity when it comes to having agency in marriage and divorce. It boggles my mind that Hatzalah, a volunteer ambulatory service, would bar women from saving other peoples’ lives.

But while I am frustrated with the disempowerment and confinement I feel in some areas of Orthodoxy, I continue to feel empowered by other elements. For example, I’m grateful to have had a superb Jewish education that helped me gain a deep understanding of Jewish texts in all its richness. What’s more, I can’t imagine what my life, friends, family and social circles would look like without centering around Shabbat and synagogue life.

And while there may be things worth complaining about — or better yet, changing — within Orthodox Judaism, who hasn’t grappled with their place and position in their lives and communities, whatever they may be? Everyone has misgivings and/or struggles with just about everything in their lives, from family dynamics, relationship status, work, health, and the list goes on and on.

Orthodox women need a space to openly discuss, process and make life choices within the context and frame of Orthodoxy and the Orthodox community. Orthodox women — like all women — can and do struggle. But what’s essential is that Orthodox women have support when they’re grappling with complicated issues, whether that’s desiring a less restrictive wardrobe or not being able to escape an abusive relationship. After all, not everyone can leave their community and become super-successful like Haart — nor do I think most Orthodox women desire this outcome.

Fortunately, there are safe spaces for Orthodox women to have conversations about these difficult topics. Most of these are social media groups, but one of the most innovative resources is the Layers Project, which was founded by Shira Lankin Sheps in 2017. Described as an “online media source for in-depth insights into the lives of Jewish women,” the project was launched at a time when ultra-Orthodox women were fed up with a new restriction that has since become de rigueur in most Orthodox publications: that of not including women’s faces in print. (This trend has grown so extreme that even historic pictures of Holocaust victims have been pixelated by Orthodox media.)

With the Layers Project, Lankin Sheps encourages Jewish women — particularly Orthodox women — to share their stories, show their faces and talk about the areas of life that are seldom spoken about: the challenges of singlehood, infertility, chronic illness, mental health, grief and so much more.

As a member of the community, Lankin Sheps certainly relates to the fishbowl reality of the Orthodox community. And yet, she shares her own struggle with chronic illness in “Layers: Personal Narratives of Struggle, Growth, and Resilience from Jewish Women,” a book that grew out of the web site that compiles more than 30 personal narratives of women living in Israel. “I had spent the better part of five years keeping my suffering quiet, like a terrible secret,” she writes. “Few but my close friends and family knew the struggle of what I was experiencing.”

Sheps shared with me that she created the Layers Project “from learning about my own pain and realizing I needed to let go of the shame in order to get the support I needed from the people in my life.”

Support from within the community is what’s key here. When it comes to the Layers book, in particular, what makes it special is that it’s designed to spur conversation and empathy. Each story is accompanied with a discussion guide. For example, a passage on infertility instructs readers to discuss if infertility is shameful in your community, and to consider what can be done to “bring it out in the open and normalize it.”

Most of us will not write bestselling memoirs, nor will the stories of our lives make it to Netflix. And while I sincerely believe that those who have very publicly left their Orthodox communities are sharing their stories in order to help others — and also, yes, themselves — these “unorthodox” stories gain traction across the globe because, above all, they entertain.

The Layers book, by contrast, is not entertainment. Instead, it is meant to actively facilitate change. “We can choose to honor our journeys,” Rachel Hercman, clinical director of the Layers Project, writes in the book’s foreword. “We can let go of the shackles of shame that keep us silent. And finally, we can build a community that is woven by threads of empathy, understanding and hope.”

Would Haart have chosen to remain in the Orthodox community had initiatives like the Layers Project existed when she left? Probably not! But Layers isn’t meant to proselytize or sway people to stay. Ultimately, each of us is on her own journey. I know plenty of women who have left the Orthodox community; I respect them for their choice. I also know many individuals who don’t struggle within Orthodoxy as much as I do; they launch social media campaigns about how comfortable and proud they are to be Orthodox women. I respect them, and I might be a bit envious of them.

And yet, even though I’ve been told to leave Orthodoxy plenty of times, I haven’t. I think it is because it is still my home — and because there are spaces like the Layers community. Such initiatives give me hope that we can shape a community in which women like me can have a promising future within Orthodox Judaism.