The Jewish Ritual That Made Me Feel At Home 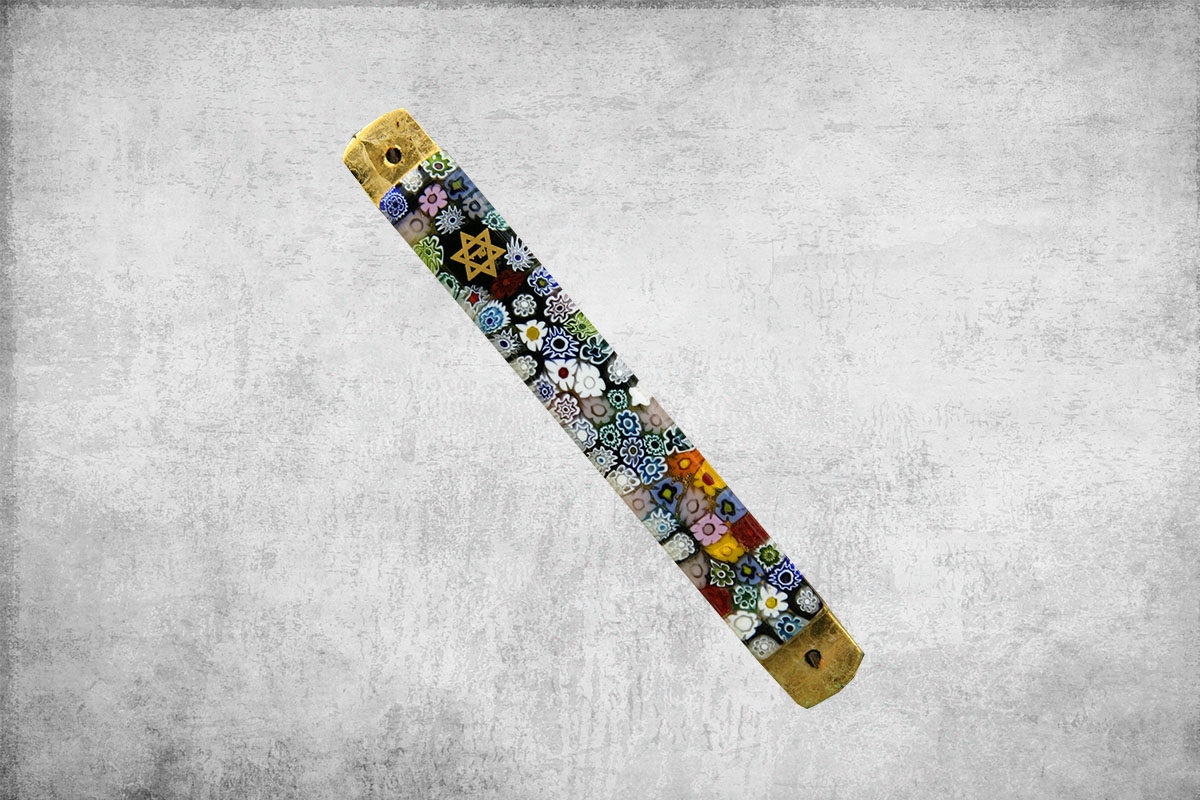 In my 18-year relationship with my husband (15 of them married as of this year!), we have lived in 10 different houses in six different communities — including three cross-country moves. During that span of time, we finished undergraduate and graduate school, held multiple jobs, brought two beautiful children into the world, and saw a lot of America’s highways.

In each of these homes, there were a few constants, including the big, ugly rocking chair that belonged to my great-great grandmother and the childhood teddy bears that could not be parted with. And then there were our mezuzahs, which we had collected over our various life stages.

In each new home, we would hang the beautiful mezuzahs — once we unpacked enough boxes to locate them, that is. The hand-painted one I received from my bat mitzvah usually hung at the entrance to our bedroom. The sturdy, metal one that our synagogue gave us when we joined as adults for the first time was usually at the front door, mostly because it could withstand the elements. Each door had a different mezuzah, and each mezuzah had a story from a different part of our lives.

That was true until the last home we moved into — the one we live in today. We have lived in this house for two and a half years — and yet, two weeks ago, we finally pulled out the hammer and hung them on the doorposts.

“Two and a half years!” I exclaimed to my husband. “What in the world have we been doing?”

Of course, there’s an answer to that — as the parents of an 8-year-old and a 5-year-old, our weeks are a haze of checking homework, tying shoelaces, picking up Legos, and attempting to get dinner on the table (oh yeah, and two very full-time jobs). Many weekends over the last two years, my husband and I put “hang mezuzahs” on the to-do list, but in between the Target runs and playground trips, it never happened.

Eventually, though, so much time had gone by that I began to wonder if I was subconsciously avoiding this ritual. But why? Why would I avoid affixing our mezuzahs when I had always proudly hung them before?

Well, this house represents a lot more than our previous residences — unlike all the houses that came before, this is the first one that we have owned. It seems we have finally come to a place where we can settle, relax, and create a sense of permanence.

For the first time, we have no intention of moving to another home — which is quite a strange feeling for me, actually. We were so busy looking at the “next community” for so long, I had forgotten what it’s actually like to plant some roots.

That’s what makes this whole mezuzah-avoidance thing so ironic — I realized I had come to associate our mezuzahs with ephemerality and transience. In each home we moved to, hanging mezuzahs were ways to make our new, temporary spaces feel familiar and offer a sense of continuity. But with this new home — the one that brought us the promise of permanence — there was suddenly no rush. This was an intentionally new and different space for us, and we had the luxury of time to craft it into our own, exactly as we want it.

And so, that’s what we did. We put our stuff where we wanted it and moved it around a few times. We bought some new stuff. Our kids certainly took the time to leave their stuff everywhere.

Finally, two weeks ago, we realized it was ridiculous already. We had opened up a wall in our dining room, renovated the kitchen, hung photos and art, and done all the things you do to make a home your own — it was time to hang the mezuzahs. We went around banging the hammer, mumbling blessings, putting them up — the whole thing took all of 15 minutes.

But then, in the weeks since, a funny thing happened: We started to notice them. Like, really notice them for the first time in 18 years. We’d grown used to the house without the mezuzahs, and suddenly they stood out. They were new and beautiful and noticeable.

When I walked into my home the other day, for the first time, I felt compelled to reach up and touch the mezuzah, a practice I’ve never taken on before. That particular mezuzah was a gift from a former colleague who wanted me to have something beautiful when I moved (and that was three moves ago). I remembered her generosity, and thought about the warm home full of generosity I was walking into.

I kissed my fingertips as I walked through the door. After 18 years of travel, three cross-country moves, two beautiful children, and residences, I’m home now.