The New ‘Blue’s Clues’ Hanukkah Episode Is an Absolute Delight 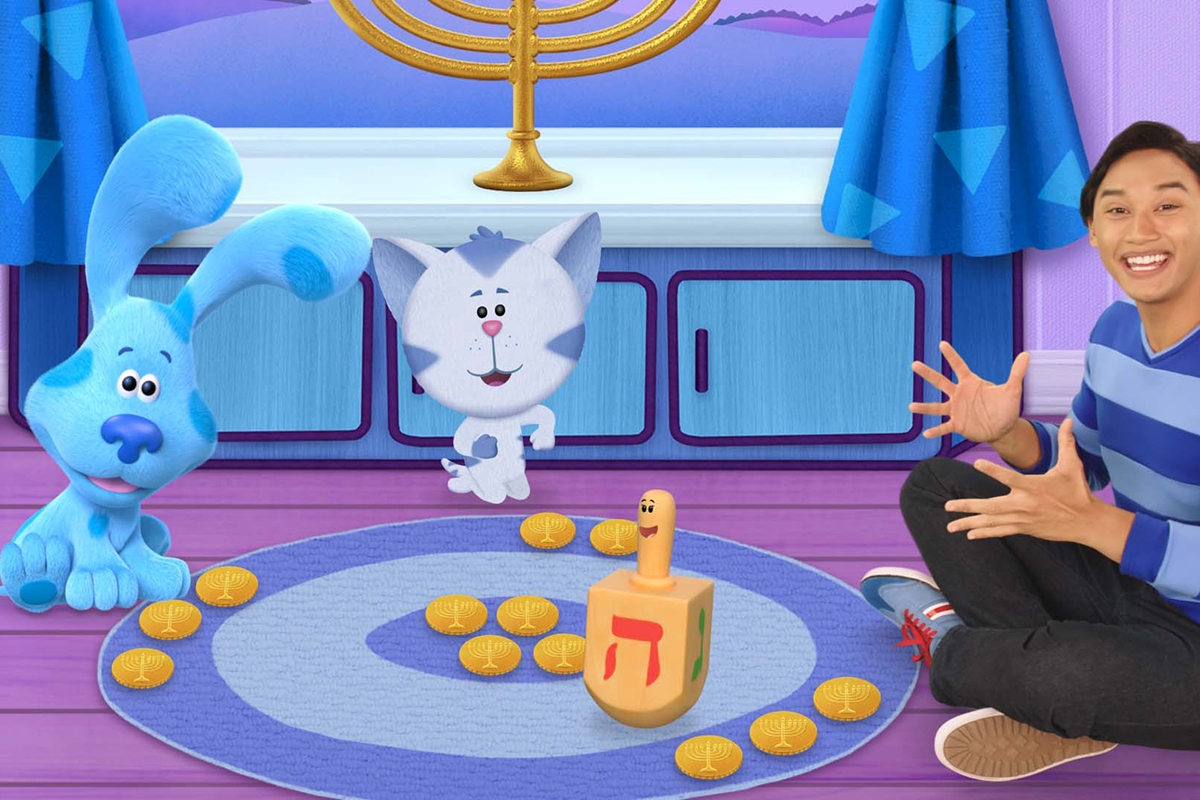 “Blue’s Clues & You” is premiering a Hanukkah episode this week — and it features an absolutely delightful original Hanukkah song.

The episode, which will air on November 26, is called “A Blue’s Clues Festival of Lights.” In it, a surprise guest comes to Periwinkle’s house to attend a joyful Hanukkah celebration. To figure out who the guest is, Josh and Blue play a fun game of clues. They play dreidel, there are latkes and plenty of festive Hanukkah decorations abound. Yes, all the trappings of Hanukkah are there.

When the guest finally arrives, it’s time to light the menorah. “We spread the Hanukkah light from left to right,” the special guest reminds the gang.

Then they sing a new original Hanukkah ditty, which features lyrics like “the shamash is the helper candle used to light light light,” (that’s right!) as well as a very short retelling of the story of the miracle of Hanukkah. “It’s Hanukah, oh Hanukkah the festival of lights,” the entire crew sings as the menorah candles shine and a dreidel spins.

It’s a really great original Hanukkah song — catchy and informative, as a holiday bop should be!

It’s so lovely to add this episode to the lore of Hanukkah TV episodes we can watch with our kids, which include some great offerings from Disney, as well as Nickelodeon’s masterful “A Rugrats Hanukkah.”

“A Blue’s Clues Festival of Lights” is premiering on November 26 at 12 p.m. Eastern. The episode will then be available to watch on Nick Jr. On Demand, NickJr.com and the Nick Jr. App.