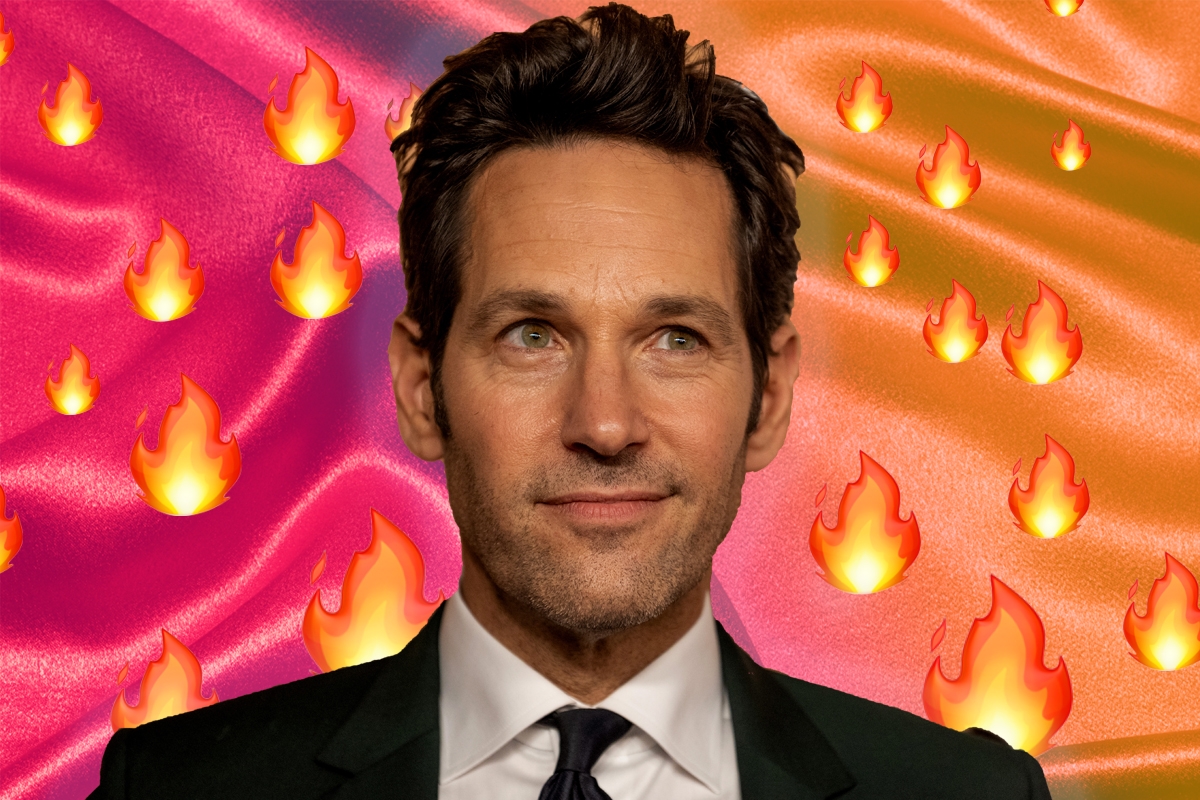 Finally! People magazine has gotten! With! The program! The magazine just announced that Paul Rudd is People’s 2021 Sexiest Man Alive, like I’ve been telepathically telling them to do for the last 20+ years (it’s a good thing Rudd’s looks have literally stayed the same for all that time).

The cover with the announcement has #crushforlife on it and, yes, I concur. From the moment I first saw him in “Clueless,” Rudd, 52, has been my crush, for life. I have written an ode to him and other hot short Jewish men. He even made me care about baseball. I watched the entirety of Netflix’s “Living With Yourself” just for Rudd (two Rudds, to be exact), even though it left me mostly confused and despondent. I would watch anything for Paul Rudd, and I know I am not the only one.

I’d be remiss not to stress the fact that this also means the hottest man alive is a Jewish dad. Rudd was raised Jewish by two British Jewish parents, mostly in Kansas (where his family moved when he was 10). He has two kids, Jack, 17, and Darby, 12, with his wife, Jewish producer Julie Yaeger, to whom he’s been married for 18 (chai!) years.

So, yes, I feel very good about that — as Deanna Schwartz tweeted, it’s a “win for the Jews.” Though honestly, Rudd being Jewish means we are always winning.

Rudd is not just any Jewish dad, he is a proud Jewish dad. As he told Zach Galifianakis in “Between Two Ferns: The Movie,” he’s not a practicing Jew — he “perfected it.” As Kveller and Alma editor Molly Tolsky established, in doing that, Rudd gave Jews the rallying cry we never knew we needed. And for that, we are still grateful — thank you, Rabbi Rudd (also we need Paul Rudd to play a hot rabbi ASAP, please and thank you).

ALSO! Rudd may just be the first bar and bat mitzvah emcee to get the coveted People award (I haven’t verified this, but come on, what are the chances). Yes, Paul Rudd was a bat mitzvah DJ. Here’s a video of him bringing young teens joy at the bat mitzvah of Kveller mom and contributor Gabrielle Birkner:

I think it’s safe to say we would all limbo for Paul Rudd.

As for the dad-ness of it all, Rudd loves being a father: “When I think about myself, I think of myself as a husband and a father, like I’m that,” he told People. “I just hang out with my family when I’m not working. That’s what I kind of like the most.” Stop being perfect, Paul Rudd! OK, fine, continue.

Rudd has zero intentions of being coy about this new achievement, as well he shouldn’t: “I mean I’m going to lean into it hard. I’m going to own this. I’m not going to try to be like ‘Oh, I’m so modest.’ I’m getting business cards made. But all of my friends will destroy me and I expect them to. And that’s why they’re my friends.”

Rudd jokes that his new role as sexiest man will lead him to “expand my yachting life. And I’ll probably try to get better at brooding in really soft light. I like to ponder. I think this is going to help me become more inward and mysterious.”

I support this decision and hope he provides photographic evidence for all the above.