‘The Spy’ on Netflix Is a Very Jewish Must-Watch Show 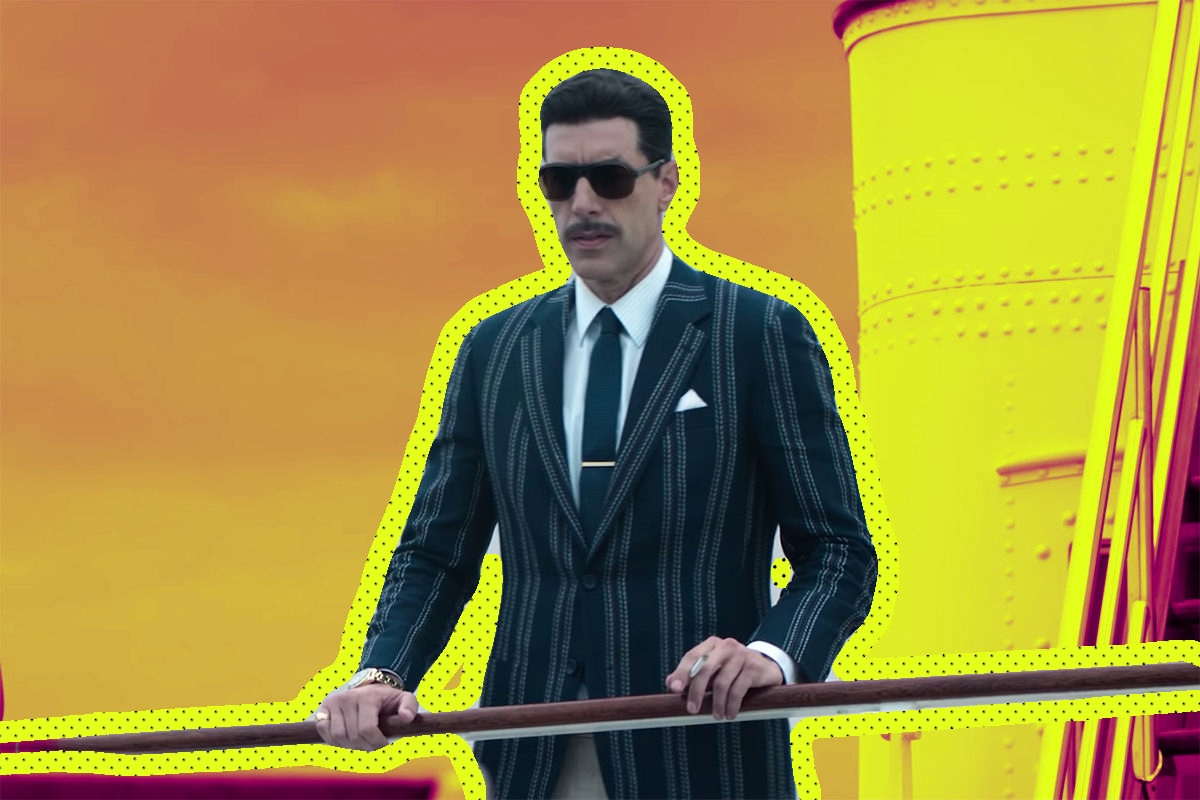 Eli Cohen’s story is perhaps the most famous spy tale in Israeli history. The Egypt-born Zionist, who, as an undercover Mossad agent, found his way to the top of Syrian regime using a secret identity, Kamel Amin Thaabeth, is mesmerizing.

What’s more, his contributions as a spy were so great that some have said the 1967 Six-Day War would not have been won if it weren’t for his intelligence.

Perhaps that’s why Gideon Raff — the creator of Prisoners of War, the Israeli show that the hit Showtime series, Homeland, is based upon — wanted to create a TV adaptation of the thrilling story.

Raff was able to recruit quite a team for his new, six-episode miniseries, The Spy, which is now streaming on Netflix. The show may be flawed — more on that below — but it is also oh-so bingeable, thanks largely in part to the actor cast to play Eli Cohen, Borat and Ali G. himself, Sacha Baron Cohen.

Baron Cohen recently played a fake Israeli IDF colonel in Who Is America, an Emmy-nominated Showtime series in which the actor toured the country, conducting interviews disguised as (you guessed it!) various characters. However, while Baron Cohen did play Teyve in a university production of Fiddler on the Roof, he has typically avoided Jewish roles.

“I used to be reluctant to play anyone Jewish, because I didn’t want to be typecast as the Jewish actor,” he told the New York Times. “There are other Jews in Hollywood besides me. But somehow, people thought of me as ‘a Jewish actor’ even after I played Borat, the most outwardly anti-Semitic character probably since Leni Riefenstahl directed movies.”

I don’t know about you, but I’ve long wanted to see Baron Cohen in a dramatic role. It doesn’t seem like a far-fetched idea — he is known for his complete commitment to his characters, even if they have all been caricatures up until this point. And to be cast as a spy is perfect — after all, Baron Cohen has infiltrated some seriously unlikely places while in character. (Remember the rodeo scene in Borat?) Every interview is its own sting operation, with escape routes and legal plans; one time, as Bruno, he interviewed the man who later shot up the Kansas City JCC.

“I saw Eli Cohen, as he was written in the show, as an extreme version of myself,” Baron Cohen told the New York Times. “The stakes were higher for him, because the price of failure is imprisonment and execution.”

In The Spy, Baron Cohen is captivating from the start, bringing a passion and a boyish charm to the Israeli spy. While I’m not personally a fan of having actors speak with accented English, his Hebrew accent is definitely on point (not a surprise, since he often speaks Hebrew in his comedies). He truly does justice to the Israeli legend.

The Spy checks all of what makes a compelling spy show. Baron Cohen is a sort of Sephardic Jewish James Bond; he takes clandestine photos of important intelligence, he wears fine suits, and in true 007 fashion, he is presented with a suitcase full of spy gadgets. It’s undoubtedly an action role; Baron Cohen got in shape for it by working out with a Moroccan colonel and learning krav maga. (Unfortunately, most of his action scenes were cut. Womp womp.)

Yet where the show truly shines is in its small moments: the family dinners, or the intimate jokes between Cohen the spy and his wife, Nadia.

Despite these moving, human scenes,The Spy fails to address the complexities of the life of a spy; the tension of doing what you have to do in order to gain the favor and be liked by people you ultimately wind up double crossing. Take Ma’azi, a troubled womanizer and the nephew of a Syrian general, movingly played by French actor Nazim Si Ahmed. He is the only Syrian person who raises warm feelings in Eli, and, as such, he seems  truly tormented to stab him in the back.

Overall, however, the Syrian natives in this show are often portrayed to be frivolous, lustful — Eli curries favor with many of them by hosting alcohol-filled orgies in his lavish Damascus apartment — and downright vicious. And so, it’s hard not to see this as yet another show that makes Muslims into villains. The complexity of Eli himself coming from an Arab country, and speaking Arabic fluently, isn’t really touched upon. Perhaps its too much to tackle in a short series; also, according to recollections by Maurice, Eli’s brother, the family had a negative experience in both Syria and Egypt, where they were mistreated, harassed, and arrested for being Jews.

One thing is for sure: Eli Cohen’s character is a rare and much needed portrayal of a Sephardic Jew on mainstream TV. As Linda Maleh wrote for our sister site, Alma, after watching The Spy, “For the first time, as a Sephardi Jew, I felt seen by the world.”

The glimpses of Sephardic culture in the show can be delightful. In the second episode, Nadia tells agent Dan Peleg (played by Jewish actor Noah Emmerich): “I’m a Sephardic woman, I’m not going to let you go home unfed.” Nadia and Eli name their first daughter after his mother, who, according to Sephardic tradition, is very much alive. At a family meal, Eli asks for kushari, a beloved Egyptian rice and lentil dish.

The Spy also captures the tension of being a new immigrant in an overwhelming Ashkenazi Israeli society. At a dinner party, for example, a guest mistakes Eli for a server. At an electronics store, he is accused of shoplifting. For American audiences, this sort of behavior toward minorities will certainly seem familiar. In the show, Eli rightfully enraged by the mistreatment — he makes the biggest possible sacrifice for his country, and yet is treated like a second-class citizen.

But this might not have been true for real-life spy: His daughter, Sophie Ben-Dor, said that the racial tensions in Israel weren’t as much a factor in their lives. She also said that the family disliked how Nadia had been turned into a housekeeper and seamstress, when, in real life, the immigrant from Iraq was a nurse. ֿWhile she praised Baron Cohen’s performance, she found the depiction of their lives not particularly accurate.

It’s true that The Spy is filled with both personal and historical inaccuracies, though these changes were made for the sake of more compelling TV. Incredibly, some of the more jaw-dropping details — how Eli met Osama Bin-Laden’s father, for example, or how Eli unknowingly worked with his own brother, an intelligence analyst, who eventually uncovers his identity — are true.

And while makes for exciting — if not over-the-top — TV, anyone who knows the real story knows not to expect a happy ending. The spy was eventually captured and, despite supplications from the pope himself, he was tortured and killed, his body left to hang for six hours in a public square in Damascus.

Possibly even more heartbreaking is to remember that, when even after you finish the six-hour series, the story of Eli Cohen has not ended. His family is still trying to retrieve his body, with Nadia making constant impassioned pleas to the Syrian regime to release his remains.

And that is perhaps why this show is so significant: not only does it keep this important story alive, it breathes new life into it. The Spy is truly solid TV based on an essential story in Israel history, and it is well worth watching.